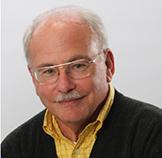 It is widely accepted that the development of autoimmune disease involves a breakdown in the mechanisms that control self versus non-self discrimination. The primary mechanism that leads to tolerance to self-antigens is thymic deletion of autoreactive T cells. However, some autoreactive T cells may escape thymic deletion or recognize antigens expressed only extrathymically. T-cell anergy and T-cell indifference/ignorance have been proposed as the primary mechanisms used to control these potentially harmful populations; however, these passive mechanisms for self-tolerance may not be sufficient to completely control potentially pathogenic cells. Evidence has accumulated over the past 15 years for an active mechanism of immune suppression in which a distinct subset of cells suppresses the activation of autoreactive T cells that have escaped passive mechanisms of tolerance induction.

Our major goal is to further the understanding of the mechanism of action of these regulatory cells in preventing autoimmunity. We have identified a unique population of regulatory CD4+ T cells that co-express CD25, which are capable of suppressing not only the induction of autoimmune disease in vivo, but also the disease induced by passive transfer of cloned autoantigen-specific effector cells (see figure below). These CD4+CD25+ T cells appear to be members of a unique lineage of cells that acquire CD25 expression during differentiation in the thymus and express the transcription factor Foxp3.

The major focus of the Cellular Immunology Section over the past decade has been furthering our understanding of the function of this unique, minor (approximately 10 percent), subpopulation of CD4+ T cells that express the transcription factor Foxp3. This population of cells has been termed regulatory T cells (Treg), although their primary function is suppression of immune responses. Our group was one of the first in the world to realize the importance of Treg, and we performed many of the initial studies that described their phenotype and function. The study of Tregs is now one of the most active areas of research in basic and clinical immunology. It was originally assumed that Tregs were a dedicated lineage of cells that developed only from thymic precursors, but more recent studies have clearly documented that Foxp3+ T cells also develop from conventional T cells (Tconv) in extra-thymic peripheral sites. The relative importance of thymic-derived (tTreg) and peripherally induced (iTreg) Tregs is unknown. Over the past six years, we have broadened the scope of our studies to include studies on human Tregs from both healthy donors and patients with autoimmune disease.

Four major areas are under study:

The research efforts of the Cellular Immunology Section are focused in the area of immune regulation in the pathogenesis and treatment of organ-specific autoimmune disease. It is widely accepted that the development of autoimmune disease involves a break

The severe gastritis and parietal cell destruction seen in panel A is markedly inhibited when normal spleen cells containing CD4+CD25+ cells (B) or purified CD4+CD25+ cells (C) are co-injected with the pathogenic Th1 clone.

Dr. Shevach received his M.D. from Boston University in 1967. Following clinical training, he joined the Laboratory of Immunology as a senior staff fellow in 1972, was appointed a senior investigator in 1973, and became a section chief in 1987. Dr. Shevach served as editor-in-chief of the Journal of Immunology from 1987 to 1992 and editor-in-chief of Cellular Immunology from 1996 to 2007. He received the 2004 William B. Coley Award for Distinguished Research in Basic and Tumor Immunology.