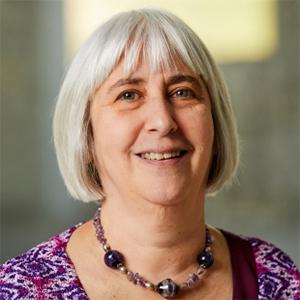 The Molecular Neurogenetics Section focuses on the causes of phenotypic diversity encountered in a single gene disorder, and applies gained insights to better understand complex disease. The Sidransky group uses a translational approach, integrating both clinical and basic sciences. Gaucher disease (GD), the prototype disorder studied, is the recessively inherited deficiency of the lysosomal enzyme glucocerebrosidase (GCase). This well-characterized disorder has broad clinical diversity, ranging from death in utero to asymptomatic octogenarians, with both non-neurologic and neuronopathic forms.

Over the past two decades, the laboratory's clinical, molecular, cell biology and biochemical studies on patients with GD have provided a unique framework to establish the relationship between genotype and phenotype, enabling the delineation of a more complete spectrum of clinical presentations. Recently, this research made a significant contribution to the field of neurology with the discovery of the relationship between GD and Parkinson's disease (PD), a common, multifactorial disease. The goals of the Molecular Neurogenetics Section are to elucidate the relationship between GCase and PD, to identify factors contributing to clinical heterogeneity in single gene disorders, and to develop new therapies for patients.

The association between GCase and PD was an insight resulting directly from the clinic, where the clinical team noted that rare patients with GD, as well as carrier relatives, developed parkinsonism. The group then established that subjects with PD and associated Lewy body (LB) disorders have a greatly increased frequency of GBA1 mutations. In 2009, the Sidransky laboratory spearheaded a multicenter international collaborative study, published in The New England Journal of Medicine, genotyping more than 5,000 patients with PD and an equal number of control individuals, demonstrating that the odds ratio for a GBA1 mutation in subjects with PD across different ethnicities is greater than 5. In addition, the study showed that affected GBA mutation carriers exhibit diverse parkinsonian phenotypes, generally have an earlier onset and more pronounced cognitive changes, and have GCase-positive LBs. A subsequent study of patients with dementia with Lewy bodies (DLB), a related disorder with more prominent and rapidly progressive cognitive deficits, demonstrated that GBA1 mutations were also common in this patient population, with an odds ratio of over 8. Among the mechanisms proposed for the association are a gain-of-function of mutated GCase causing α-synuclein aggregation, enzymatic loss-of-function where increased lysosomal glucosylceramide impacts α-synuclein processing and clearance, and a combined "bidirectional feedback loop."

The section has used various strategies to explore the GD-PD link. Their active clinical service performs comprehensive neurologic evaluations on both GBA1 mutation carriers with parkinsonism, and those with a family history of PD. Under a new clinical imaging protocol, over 80 PET studies have been performed, demonstrating that GBA-associated PD has regional cerebral blood flow patterns similar to those seen in LB dementias, while fluoro-dopa uptake is similar to classic PD. The relationship between GCase and α-synuclein is probed by biochemical, cell imaging, genomic sequencing and biophysical analyses, as well as studies utilizing cells, animal models and human brain samples. With funding from the NIH Center for Regenerative Medicine, iPS cells are being generated using fibroblasts from patients with GD, with and without PD, which have been differentiated into dopaminergic neurons, astrocytes and macrophages. Mouse models of Gaucher disease have been crossed with Parkinson disease models, demonstrating that deficient glucocerebrosidase enhances the rate of the neurodegeneration observed. Elucidating the mechanisms underlying the clinical association between GD and PD will contribute to our understanding of the genetics, pathophysiology and therapeutic strategies for both rare and common neurologic diseases.

Over the past two decades the Sidransky group has established a bank of clinical data, samples and ongoing clinical protocols on GD, to enable a better understanding of the natural history, the correlation of genotype with phenotype, and the contribution of factors modifying this disorder. Focusing on GD, the group is poised to investigate the intricate relationships between clinical manifestations, metabolic defects and molecular mechanisms, and to tackle the challenge of identifying genetic modifiers. Although GD is classically divided into three types, the section's research has shown that there is actually a continuum of manifestation, and they have uncovered several unexpected phenotypes. For example, studies of a glucocerebrosidase-knockout mouse led to the recognition of a perinatal lethal form of GD, skin changes in type 2 GD, and the role of GCase in epidermal barrier function. Studying a rare GD cohort exhibiting myoclonic epilepsy uncovered a connection with the GCase transporter molecule, LIMP2, and a specific learning disability was identified among patients with type 3 GD. Based upon analyses of GBA sequences from different patient groups and different animal species, it was shown that modifiers contribute to the phenotypic diversity observed. In parallel, studies performed using patient-derived macrophages demonstrate that impaired autophagy in Gaucher macrophages leads to activation of the inflammasome, which may contribute to the disease pathogenesis and account for different disease manifestations. Next-generation sequencing techniques are also being used to identify other genes contributing to the diverse phenotypes encountered.

The Sidransky laboratory is also utilizing new technologies to identify drug targets for GD and other lysosomal disorders, which may also have implications for the treatment of parkinsonism. In collaboration with the NIH Chemical Genomics Center, hundred-thousands of small molecules were screened, leading to the discovery of potential new chaperones as therapies for patients with GD and other lysosomal disorders. Additional screening using mutant enzyme from patients with GD identified novel non-inhibitory chaperone molecules that aid in the translocation of the enzyme to the lysosome. The efficacy of these compounds has been confirmed in newly developed macrophage models, including those derived from patient iPS cells. The lead compounds were also shown to decrease α-synuclein levels in Gaucher iPS cell-derived dopaminergic neurons. This approach promises convenient and less costly therapy for GD, and may have therapeutic utility in PD.

Dr. Sidransky has been a tenured investigator at NIH and a section chief since 2000. Her research includes both clinical and basic research aspects of Gaucher disease and Parkinson's disease, and her group first identified glucocerebrosidase as a risk factor for parkinsonism. She has spearheaded two large international collaborative studies regarding the genetics of Parkinson's disease and dementia with Lewy bodies. Her current work also focuses on understanding the complexity encountered in "simple" Mendelian disorders, the association between Gaucher disease and parkinsonism and the development of small molecule chaperones as therapy for Gaucher disease and potentially parkinsonism. Dr. Sidransky directs NIH clinical protocols evaluating patients with lysososmal storage disorders and prospectively studying patients and relatives with parkinsonism who carry mutations in GBA1.

Dr. Sidransky is the author of over 200 peer reviewed papers and is board certified in both pediatrics and medical genetics. She was elected to the association of American Physicians and the Society for Pediatric Research and is a recipient of a NIH Director’s Award and the NHGRI Mentorship AWARD. She also serves on the medical advisory board of the National Gaucher Foundation.