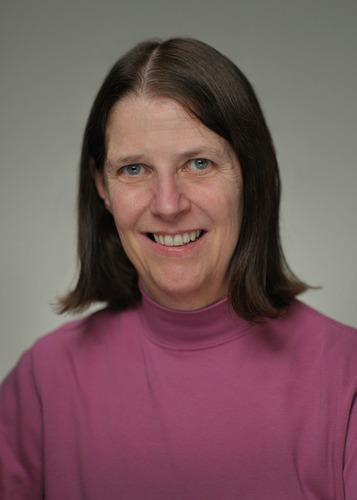 In the heart, interruption of the blood supply can result in cardiac cell death and irreversible muscle damage. Dr. Murphy’s laboratory studies the molecular mechanisms involved in cardiac cell death, as well as the mechanisms that protect the heart against damage. The knowledge gained from these studies may help identify novel therapies to reduce cardiac injury during ischemia and reperfusion. The current dogma suggests that calcium overload and reactive oxygen species generated during ischemia and heart failure lead to activation of a mitochondrial pore (mPTP) which initiates cell death. To better understand the regulation of the mPTP her lab has studied the mechanisms regulated by cyclophilin D, the only currently established member (albeit a regulator) of the mPTP. These studies demonstrated that cyclophilin D regulates mitochondrial acetylation (Nguyen et al Circ. Res, 2013). Collaborative studies with the Finkel laboratory leveraged recent advances identifying the mitochondrial transporter responsible for mitochondrial calcium uptake, which allowed for mechanistic studies of the role of calcium in activating cell death (Pan et al Nat Cell Biol, 2013).

Her research has also provided insight into the post-translational modifications that might regulate the mPTP. A number of studies focused on detailed mechanisms by which nitric oxide and its post-translational modification, S-nitrosylation (SNO), mediate protection. Several novel studies were published showing that SNO occupancy is sufficient to protect by shielding key cysteines from oxidation (Kohr et al Circ Res, 2012). Further studies demonstrated that SNO of cysteine 144 of tripartite motif-containing protein 72 (TRIM72) stabilized TRIM72 (Kohr et al J Mol Cell Cardiol, 2014). These studies demonstrate crosstalk between SNO and oxidation and show that competition between post translational modifications at key amino acids can act as a regulatory switch and regulate the response to cell death stimuli. Additional studies demonstrated that SNO of mitochondrial proteins is important in mediating cardioprotection by hydrogen sulfide (Sun et al Cardiovas. Res, 2016) and postconditioning (Tong et al Am. J. Physiol, 2013).

As part of her overall interest in cardioprotection, Dr. Murphy has a specific interest understanding the natural cardioprotection that exists among pre-menopausal females. Sex differences in SNO were demonstrated in failing human hearts (Menazza et al JAHA, 2015). Her laboratory is currently examining whether selective estrogen receptor modulators (SERMs), can mediate cardioprotection in a similar fashion to endogenous estrogen, opening up a possible therapeutic avenue to reduce heart attack damage in women.

Elizabeth Murphy received her B.A. in 1974 and her Ph.D. in biochemistry in 1980 from the University of Pennsylvania. From 1980 to 1983, she was a postdoctoral fellow and then an assistant research professor at Duke University Medical Center (DUMC). Before joining the NHLBI in 2006 as the head of the Cardiac Physiology Section, she was the head of the Cell Biology Group at the National Institute of Environmental Health Sciences. She was an adjunct professor in the Division of Physiology, Department of Cell Biology at DUMC between 1984 and 2009. She became a Fellow of the American Heart Association in 2001 and a Fellow of the International Society for Heart Research in 2007; she received the NHLBI Award for Outstanding Mentorship in 2011. Dr. Murphy has authored or co-authored more than 200 papers and reviews. She is senior guest editor for Circulation, a consulting editor for Circulation Research, and associate editor for the Journal of Molecular and Cellular Cardiology. Dr. Murphy is a member of the American Heart Association-Council of Basic Cardiovascular Research, American Physiological Society, and International Society for Heart Research.