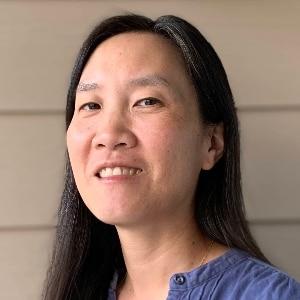 The work performed in my laboratory will help determine how the 3-dimensional organization of DNA within each cell affects cellular function and identity throughout development.

Importance of genome organization and our approaches

It has become increasingly apparent that proper control of gene expression requires complex organization of DNA at the level of chromatin. We study how genome organization contributes to regulation of gene expression, which ultimately controls how a single genome can give rise to a myriad of distinct cell types with different functions and properties. Our primary model system is Drosophila melanogaster, which harbors powerful genetics, biochemistry, imaging, and genomics approaches as well as a number of well-characterized cell lines derived from a variety of tissues and stages of development. We take a multidisciplinary approach to tackle these fundamental biological questions. Recently, we have also begun utilizing mouse and silkworm moth models to study conserved aspects of genome organization.

Chromatin insulators are DNA-protein complexes that influence gene expression by establishing chromatin domains subject to distinct transcriptional controls, likely through alteration of their spatial organization. Insulators enforce the strict specific and temporal expression of loci with complex enhancer and/or promoter configuration. Examples include metazoan Hox genes, master regulators of body segmentation, and the vertebrate beta-globin locus, which changes in expression during erythroid development. Loss of insulator activity can result in substantial positive or negative changes in gene expression, culminating in disease, defects in development, and/or lethality. For example, deletion of insulator binding sites at the H19/IGF2 imprinting center have been implicated in Beckwith-Wiedemann syndrome and Wilms’ Tumor. Moreover, recent studies have shown that loss of insulator activity in IDH1 mutant gliomas and T cell acute lymphoblastic leukemias leads to disruption of boundaries between chromatin domains and subsequent oncogene activation.

We primarily utilize the biochemically and genetically tractable model system Drosophila, which harbors the largest diversity of known chromatin insulator complexes. Defined by the specific binding of the Su(Hw) zinc finger DNA-binding protein, gypsy insulator complexes tend to associate with gene-poor, transcriptionally inert regions of the genome. Within the nucleus, gypsy insulator complexes concentrate at approximately 200nm diameter ovoid structures termed insulator bodies, which are tethered stably to the nuclear matrix. The proper localization of insulator bodies is highly correlated with gypsy chromatin insulator function, but their precise function and spatial relationship with respect to the genome is not well understood. We are investigating the cofactors required for and the ultrastructure of insulator bodies within the surrounding chromatin environment.

We recently identified two novel, tissue-specific negative regulators of gypsy insulator function that affect both enhancer blocking and barrier activities. Shep can bind directly to Su(Hw) as well as another core component of the gypsy insulator complex, potentially competing with inter- or intra-insulator complex interactions and thereby neutralizing insulator activity. Shep is required for neuronal remodeling during development and is highly enriched in the CNS, perhaps serving to negatively regulate insulator function in these cell types to promote CNS-specific gene expression programs. Shep harbors two highly conserved RNA recognition motifs (RRMs), and genetic evidence points to a functional relationship between its RNA-binding capability and insulator function. In contrast, Rump, which contains 3 RRMs, antagonizes gypsy insulator activity in tissues outside of the CNS.

Using RNA immunoprecipitation followed by deep sequencing (RIP-seq), we made the striking finding that certain mRNAs, including that encoding Su(Hw) itself, associate stably with gypsy insulator complexes. Expression of untranslatable versions of these mRNAs alters insulator body localization and promotes insulator activity. We speculate that these, and possibly other mRNAs, also harbor a noncoding function, such as acting as a scaffold for insulator complexes at specific subnuclear locations. We continue to delve into the mechanisms by which these mRNAs function and the roles of associated RNA-binding proteins in insulator regulation.

Better understanding of the mechanisms of chromatin insulator function, including the identification of novel interactors and regulatory steps, are needed to move the field forward.