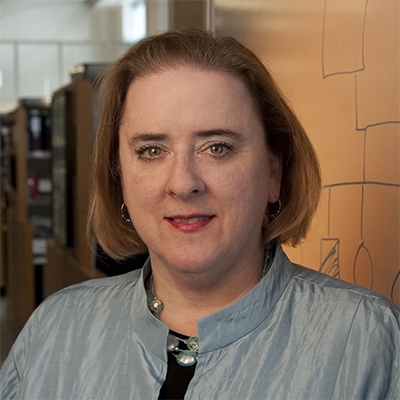 Canine Morphology: The Ostrander lab has long championed1 the canine system for the study of complex traits by building maps 2, 3, organizing sequencing4 of the canine genome, and studying population structure 5, domestication6, and performance7, 8. In doing so they have demonstrated the power of breed structure for mapping traits that are have proven intractable through human studies9. The lab's ability to map the genetic underpinnings of body size10, 11, pelage12, 13, 14, leg length15, skull shape16, 17, and other phenotypes has provided unique insights into the fundamental biology of natural phenotypic variation in mammals, offering a completely new lens for viewing these processes in humans. They have built large data sets for such studies, including genome-wide marker coverage of 161 breeds and over 1300 dogs, whole-genome sequencing of 722 distinct canids including pure and mixed breeds, village dogs, and wild canids, and prominent participation in the Dog10K project30. The lab's near term aims focus on elucidation of further body size variants and mapping and functional studies of breed-specific behavioral characteristics.

Breed Structure: Many of the canine projects in the Ostrander lab rely on the traditional organization of domestic dogs into breeds, defined by their histories of specific selection toward ideal physical and behavioral traits. Understanding the genetic relationships between breeds5 and the impact that selection has on the genomes of closed populations18 further informs future study design. Knowledge of these breed relationships and routes of breed formation further facilitate strategies for categorization of landrace breeds19, confirmation of re-discovery of rare wild populations20, impact of modern designer breed formation21, and connection to historic human-canine bonds 22.

Canine Cancer: Cancer mapping studies in humans often fail due to sample size limitations and locus heterogeneity; factors the Ostrander lab argues can often be overcome in canines23. Dogs generally develop cancer in the same organs and respond to similar therapies as humans. However, predisposition to cancer type is often breed-specific. The lab first demonstrated the utility of dogs for cancer genetics by mapping kidney cystadeno-carcinoma in German Shepherds, prior to its localization in humans24.

Dr. Elaine Ostrander is Chief and Distinguished Senior Investigator of the Cancer Genetics and Comparative Genomics Branch at the National Human Genome Research Institute of NIH. She also heads the Section of Comparative Genetics. She received her Ph.D. from the Oregon Health and Science University and did her initial postdoctoral training at Harvard and UC Berkeley. She then went to the Lawrence Berkeley National Labs where, with collaborators, she began the canine genome project, assembling the foundational resources needed to navigate the canine genome. Dr. Ostrander joined the faculty of the Fred Hutchinson Cancer Research Center and University of Washington in 1993, rising to the rank of Member in the Human Biology and Clinical Research Divisions, and head of the Genetics Program. She moved to NIH in 2004 to assume a position of Chief and Senior Investigator at NHGRI.

Dr. Ostrander's lab at has traditionally worked in the fields of both human and canine genetics. Her lab uses state-of-the-art genomic approaches to identify prostate cancer susceptibility genes in both high-risk families and population-base, case control studies. She has identified alleles that increase risk for metastatic disease and continues to work within two large consortia to identify susceptibility loci. Hers was one of the first labs to describe a role for BRCA1 and BRCA2 mutations in women drawn from the general population, revealing epidemiologic features of woman at risk for breast or ovarian cancer.

Dr. Ostrander's lab is best known, though, for their studies of the domestic dog as a well-phenotyped species with an extensively documented population structure that offers unique opportunities for solving fundamental biological problems. Human selection has differentiated the dog into a staggering variety of breeds, each featuring a narrow, precisely defined set of phenotypes. Recognizing that this combination of diversity and uniformity provides an exceptional opportunity for genetic dissection of biological processes, her lab has applied these advantages to tackling problems in cell and organismal biology, and human disease, which have proven intractable in other model systems.

The Ostrander lab assembled the first catalogues of canine genomic variation, constructed the first linkage map, and was first to describe megabase linkage disequilibrium in dogs, showing how large loci, such as those for squamous cell carcinoma, could be reduced to single variants by taking advantage of breed relatedness. The lab continues to refine our knowledge of breeds by building a phylogeny of breeds that spans the world, and through leadership in the International Dog10K Sequencing Consortium. The lab has further exploited canine genome organization to study disease susceptibility, working with collaborators to identify genes for Addison's disease, retinopathies, and cancer, all of which have contributed to our understanding of comparable human diseases, as well as traits like athleticism.

In recent years, lab studies have revealed how modifications in small numbers of genes produce the enormous differences in canine body shape and size that characterize the spectrum of breeds. While the lab has identified genes, and often variants, controlling head shape, ear shape, leg length, fur length, etc., it is the work on breed body size that has revealed some of the most compelling and surprising features of canine biology. Less than 25 genes control most of the variance between large and small breeds and most morphologic features in breeds are controlled by small numbers of genes of large effect, rather than the opposite, as is typical in humans.

Dr. Ostrander has published over 375 papers. She has won multiple awards including the American Cancer Society Junior Faculty Award, Burroughs Welcome Award for Functional Genomics, Asa Mays Award, Lifetime Achievement Awards and the 2013 Genetics Society of America Medal. She has also won multiple mentorship awards, was elected a fellow of AAAS in 2013, and was elected to the National Academy of Science in 2019.