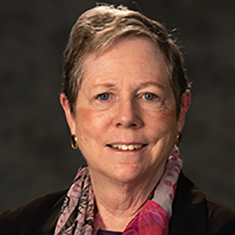 Disease discovery and disease definition are critical first steps in elucidating pathogenetic mechanisms of cancer. Most insights into the molecular pathogenesis of lymphomas have followed on the heels of a precise elucidation of the disease entity based on clinical, pathological, or immunophenotypic grounds. Our work focuses on the definition of malignant lymphomas as tumors of the immune system, delineation of new disease entities, studies related to the pathophysiology of malignant lymphomas, and clinical correlations including prognosis and response to treatment. These studies in our laboratory and others were instrumental in the development of the WHO Classification of Tumours of the Hematopoietic and Lymphoid Tissues was published by the International Agency for Research on Cancer, published in 2001 and revised in 2008 and 2017.

Our recent work has involved studies of the biological and pathological heterogeneity of follicular lymphomas, and an investigation of apoptotic pathways in these tumors. We have explored the interrelationship between Hodgkin lymphoma and diffuse large B-cell lymphomas, focusing in particular on grey zone lymphomas that appear to represent the missing link between classical Hodgkin lymphoma and other B-cell malignancies. Ongoing studies are directed at trying to understand the genetic or epigenetic mechanisms that cause a B-cell to become a Hodgkin cell, and understanding the role of the microenvironment in these lymphomas. We have examined early events in lymphomagenesis, such as in situ follicular neoplasia, and studied genomic events associated with progression to lymphoma. In other work we described lineage plasticity in lymphoma, and explored the events leading to transformation of B-cell or T-cell lymphoma to histiocytic/ dendritic cell sarcoma that is still clonally related to the primary lesion.

Dr. Jaffe completed her medical education at Cornell University and the University of Pennsylvania, receiving an M.D. from the latter in 1969. After an internship at Georgetown University, she joined the NCI as a resident in anatomic pathology, and has been a senior investigator since 1974, focusing on the classification and definition of lymphoid neoplasms. She has served on the editorial boards of The American Journal of Pathology, The American Journal of Surgical Pathology, Blood, Cancer Research, and Modern Pathology, among others. She has been president of both the Society for Hematopathology as well as the United States and Canadian Academy of Pathology, and was elected to the advisory board of the American Society of Hematology. In 1993, she was elected a fellow of the American Association for the Advancement of Science, and in 2005 was Chair of the Medical Sciences Section of AAAS. She was among the 10 most highly cited researchers in clinical medicine for the field of oncology between 1981 and 1998. Among her awards are the Fred W. Stewart Award from Memorial-Sloan Kettering Cancer Center, the Mostofi Award from the United States and Canadian Academy of Pathology, and the Distinguished Clinical Teacher Award from the NIH Fellows Committee. In 2007 she was the second Anita Roberts Lecturer, recognizing women in science at the NIH. She was awarded the Honoris Causa from the University of Barcelona in 2008, and received the Chugai Award for Excellence in Mentoring and Scholarship from the American Society of Investigative Pathology. In 2008 she was elected to the Institute of Medicine of the National Academies. Dr. Jaffe was awarded the Henry M. Stratton Medal from the American Society of Hematology in 2013.