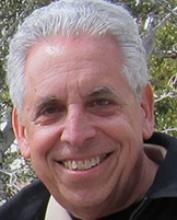 My laboratory has had a long-standing interest in how enveloped viruses enter target cells. We seek to unravel the basic mechanisms of membrane fusion mediated by the interactions of viral envelope glycoproteins with their target cell receptors and to apply our knowledge to the development of novel strategies to treat and prevent virus infection. For decades we have had a major focus on HIV. In recent years have expanded our studies to other viruses with enhanced pathogenesis in the context of HIV infection, with particular present emphasis on Kaposi’s sarcoma-associated herpesvirus (KSHV).

Above: Using our functional complementation system, Env activity can result only from mixed trimers containing both mutant constructs shown on the left. Monoclonal antibodies against V3 epitopes masked by V1V2 show different neutralization activities depending on the masking mechanism: “cis” would show resistance; “trans would show sensitivity.

We developed specialized expression and reporter gene technologies to study membrane fusion mediated by viral glycoproteins and to screen cDNA libraries for essential cellular receptors. These approaches enabled us to discover the first HIV coreceptor, fusin (subsequently renamed CXCR4), followed by the second major coreceptor, CCR5. With this information, we have probed the sequential steps by which HIV Env interaction with CD4 and coreceptor triggers membrane fusion and virus entry and the implications for vaccines based on neutralizing antibodies. Our findings led us to devise a novel genetically engineered protein called sCD4-17b that potently neutralizes HIV; this protein has potential applications in the prevention of HIV infection in the context of topical microbicides and vector-mediated immunoprophylaxis. We are also developing approaches to eradicate, or at least control, the HIV-infected cell reservoirs that persist despite potent antiretroviral therapy. Our approaches include the development of immunotoxins targeting HIV Env on the surface of infected cells and most recently the design of novel CD4-based chimeric antigen receptors for genetic modification of autologous CD8 T; when adoptively transferred back to the infected person, these T cells will hopefully provide durable targeting killing of HIV-infected cells, leading to a “functional cure” of HIV infection.

Above: Our newly designed chimeric antigen receptors (CARs) contain novel CD4-based targeting segments, in which the additional extracellular moiety (X) provides greater potency by binding both to the CD4 binding site and another target site on Env; furthermore, the X moiety prevents the CD4 moiety from acting as an entry receptor and rendering the CD8 T cells susceptible to HIV infection.

Our mechanistic studies of the HIV-1 Env glycoprotein are currently focused on the native Env trimer and its interactions with receptors (CD4 and coreceptors CCR5 and CXCR4) and neutralizing antibodies. In a recent collaborative report, we probed a question related to antibody epitopes that are exposed on monomeric gp120 but masked in the native trimer. By combining a novel functional complementation assay with co-expression of Env constructs harboring specific mutations, we demonstrated that masking of epitopes on the third variable loop (V3) by the first and second variable loops (V1V2) occurs within the same subunit (i.e. intraprotomer, or "cis" masking) rather than between neighboring subunits (interprotomer, or "trans" masking). Continued collaborative research has enabled us to obtain evidence for a novel conformation of gp120 when constrained in the native Env trimer.

Our current herpesvirus research efforts are focused on mechanisms of KSHV infection of B cells, which are a major KSHV reservoir in the body and also the cell type involved in two distinct life-threatening KSHV lymphoproliferative disorders: primary effusion lymphoma and multicentric Castleman’s disease. Oddly, despite the importance of B cells in KSHV biology and pathogenesis, B cells are notoriously refractory to infection in vitro. We identified a human B-cell line called MC116 that is highly susceptible to KSHV infection. The infected MC116 cells initially establish latent infection (a characteristic of herpesvirus infection) and can be induced into the lytic productive phase by cross-linking of the B-cell receptor.

Dr. Berger earned his B.S. in chemistry from City College of the City University of New York in 1968. He received his Ph.D. in biochemistry and molecular biology in 1973 from Cornell University. He went on to do a postdoctoral fellowship in the department of genetics, biochemistry, and neurobiology at Stanford University School of Medicine from 1973 to 1976 and another fellowship in the department of cellular and developmental immunology at Scripps Clinical and Research Foundation from 1976 to 1977. He was a staff scientist with the Cell Biology Group at the Worcester Foundation for Experimental Biology, Shrewsbury, Massachusetts, from 1977 to 1987. He joined the Laboratory of Viral Diseases in 1987 and became chief of the Molecular Structure Section in 1995.