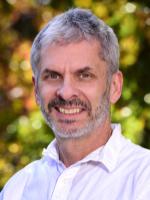 Allergic asthma is a widespread disease stemming from maladaptive immune responses to airborne allergens. These responses lead to airway inflammation, mucus production and reversible airway hyperresponsiveness (AHR), which impede airflow. Exposures to several environmental factors, including air pollutants, viruses and bacteria have been associated with asthma, but the mechanisms that underlie these associations remain poorly understood. A central goal of our laboratory is to improve understanding of these mechanisms so that more effective policies and therapeutic strategies can be developed. Because most adaptive immune responses are initiated by dendritic cells (DCs), these cells are of particular interest to us. We use animal models that are highly relevant to human asthma and that employ environmental allergens and adjuvants.

We have found that mice sensitized by airway instillation of ovalbumin (OVA) plus lipopolysaccharide (LPS) display higher levels of neutrophils and have stronger AHR after a single OVA challenge than mice sensitized by intraperitoneal injections of this protein, even though the latter animals display stronger T helper (Th)2 responses. Allergic sensitization through the airway also leads to very high amounts of IL-17, and mice lacking the receptor for IL-17 (IL-17RA), fail to develop neutrophilia or AHR, even though those animals have stronger eosinophilic inflammation and higher concentrations of Th2 cytokines in the airway than do similarly-treated WT mice. The airway neutrophilia seen in mice sensitized through the airway is reminiscent of the neutrophils seen in airways of severe asthmatics. Therefore, although Th2 responses contribute to AHR, they might not be sufficient; IL-17RA signaling also contributes to neutrophilia and AHR.

Although much of our work has employed LPS as an adjuvant, we have also tested the ability of other microbial products to promote allergic sensitization through the airway and found that bacterial flagellin (FLA) promotes very strong asthma-like responses to co-instilled OVA. Using western blot analysis, we found that FLA is present in some samples of common house dust. Furthermore, house dust extract (HDE)-mediated allergic sensitization is reduced in Tlr5-/- mice, suggesting that FLA is responsible for some of the adjuvant activity in these HDEs. We also found that asthmatics have higher levels of these antibodies against FLA than do individuals with healthy airways. Collectively, these findings suggest that bacterial FLA can promote asthma by priming allergic responses to indoor allergens.

As with virtually all adaptive immune responses, Th2 responses to antigens are thought to be initiated by DCs, the antigen-presenting cells found in and beneath the epithelium of body surfaces. In the lung, there are two major subsets of DCs. One subset is characterized by cell surface display of the CD103 antigen, whereas the other subset displays high levels of CD11b. Using a novel method to improve yields of lung DCs for analysis ex vivo, we found that the two major subsets of lung DCs possess distinct biologic functions; CD103+ DCs promote the differentiation of naïve T cells to Th2 and Th17 responses, whereas CD11b+ DCs promote Th1 differentiation. We anticipate that these findings will facilitate identification of genes that induce Th2 differentiation.

Dr. Cook received his Ph.D. degree in Microbiology and Immunology from McGill University in Montreal, Quebec, Canada and did a postdoctoral fellowship at the University of North Carolina in the laboratory of the Nobel laureate, Oliver Smithies. After directing an embryonic stem cell laboratory at the pharmaceutical company, Schering-Plough, Dr. Cook was an assistant professor in the Division of Pulmonary, Allergy and Critical Care Medicine at Duke University, prior to joining NIH in 2005. He currently heads the Immunogenetics Group within the Laboratory of Respiratory Biology and is an adjunct assistant professor in the Department of Immunology at Duke University. His research has focused on understanding the immunologic mechanisms underlying allergic sensitization through the airway.