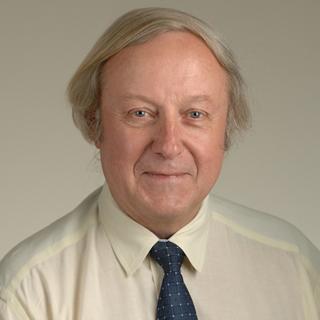 The canine form of CLAD is an optimal model for these studies because: 1) the defect involves a membrane receptor on the surface of leukocytes, flow cytometry allows facile detection and analysis of the number of gene-corrected cells; 2) low levels of gene-corrected cells result in reversal of the disease phenotype; and 3) studies in the canine model have been predictive of success in humans in the field of hematopoietic stem cell biology. The presence of a human counterpart to the canine disease allows the results from the animal model to be directly extrapolated to humans. The long-term objective is to develop strategies that will allow levels of expression of CD18 in hematopoietic cells of children with leukocyte adhesion deficiency (LAD) that are sufficient to reverse the clinical phenotype. We have used this model to test retroviral and foamy viral gene transfer into the bone marrow cells of dogs. The foamy viral vector demonstrated greater efficacy and a more favorable integration profile than the conventional retroviral vectors. The foamy viral vector-treated dogs are being followed for the durability of the correction, and for any possible genotoxicity from the vector. To date, there has been no genotoxicity. These results represent the first successful use of a foamy virus (FV) vector to treat a genetic disease, and they suggest that FV vectors will be effective in treating human hematopoietic diseases.

The primary aim of this clinical study is to evaluate whether allogeneic HSCT reverses the hematological abnormalities in a recently described syndrome known as MonoMAC, which is characterized by: 1) onset in late adolescence or early adulthood; 2) clinical history of opportunistic infection, frequently with mycobacterium avium complex (MAC); 3) a distinct peripheral blood leukocyte subset pattern with the presence of T-lymphocytes but a severe deficiency of B-lymphocytes, natural killer (NK) cells, and the lack of monocytes; 4) dominant inheritance; and 5) frequent progression to myelodysplastic syndrome (MDS). We are evaluating whether allogeneic HSCT can reconstitute normal hematopoiesis in MonoMAC and reverse the hematological abnormalities in MDS, if MDS is present at the time of transplant. While allogeneic HSCT is the conventional curative treatment for immunodeficiency and MDS, patients with MonoMAC, because of an intact T-cell population and co-existing infection, represent a profile not generally encountered in the setting of allogeneic HSCT. The biological questions with MonoMAC center around whether the individual leukocyte compartments that are lost in MonoMAC (B-lymphocytes, NK cells, and monocytes) will be constituted with HSCT, and whether the residual recipient T-lymphocytes will represent an impediment to engraftment. We are also evaluating whether we achieve sufficient donor chimerism to reverse the MDS.

Immunodeficiency associated with dedicator of cytokinesis 8 (DOCK8) deficiency represents a newly identified immunodeficiency disease characterized by a constellation of signs: severe cutaneous and sinopulmonary infections with bacterial organisms; severe cutaneous viral infections with Herpes simplex, Herpes zoster, Molluscum contagiosum, and human papilloma virus; a marked elevation in serum IgE levels and eosinophilia; decreased numbers of CD4 and CD8 T- and B-lymphocytes; and homozygous or compound heterozygous mutations in the DOCK8 gene. Patients with this syndrome die from bacterial sepsis, squamous cell carcinomas, or hematological malignancies. HSCT represents a potentially life-saving treatment for immunodeficiency diseases due to stem cell defects. In this pilot study we are evaluating the efficacy and safety of allogeneic HSCT for DOCK8 deficiency. We are particularly interested in determining whether allogeneic HSCT reverses the lethal disease phenotype in DOCK8 deficiency by reconstituting normal host defense.

With the availability of whole exome sequencing and whole genome sequencing for patients with suspected immune deficiency, the number of recognized primary immunodeficiency diseases (PIDDs) has increased in recent years to more than 400 distinct immune defects. Allogeneic HSCT represents a potentially curative therapy for many hematologic diseases and is now an accepted standard or an appropriate experimental approach for treatment of an increasing number of PIDDs. We are evaluating the efficacy and safety of allogeneic HSCT, using selected conditioning regimens and selected donor sources, in reconstituting normal hematopoiesis and immune function and reversing the disease phenotype in patients with PIDDs.

Dr. Hickstein trained in hematology and hematopoietic stem cell transplantation at the University of Washington School of Medicine and the Fred Hutchinson Cancer Research center. He was a faculty member of the Division of hematology at the University of Washington from 1987 to 2000. He was recruited to the NCI in 2000 to transplant newly identified primary immunodeficiency diseases. He is a member of the American Society for Clinical Investigation and the American Society of Hematology.