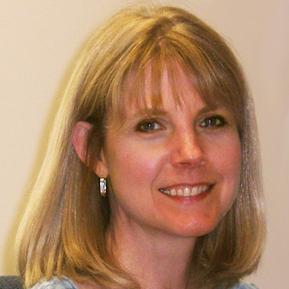 Laboratory of Cell and Developmental Signaling

The proliferative state of normal cells is precisely regulated by signals received from the extracellular environment. Understanding how these signals are relayed from the cell surface to the nucleus is the major objective of the Cellular Growth Mechanisms Section. Studies in this area are particularly relevant to cancer research because release from regulatory controls at any point along the signaling cascade can result in uncontrolled cell growth or oncogenesis. We have chosen to focus our studies on the pathway regulated by the Ras GTPase, where our aims are to further elucidate the processes involved in signal transduction and to identify critical regulatory points linked to tumor formation.

The transmission of growth and developmental signals from the membrane to the nucleus requires the coordinated action of a diverse set of proteins. Previous work from our laboratory and others has demonstrated that the Raf serine/threonine kinases serve as central intermediates in many signaling pathways, functioning downstream of activated tyrosine kinases and Ras and upstream of mitogen-activated protein kinase (MAPK) and MAPK kinase (MKK or MEK). A major goal of our research has been to elucidate the mechanisms regulating Raf activity, with a particular emphasis on understanding the role that phosphorylation events and protein interactions play in Raf regulation.

Our laboratory's research efforts have also focused on scaffold proteins involved in signal transduction, such as the kinase suppressor of Ras (KSR) family. KSR was originally identified in Drosophila and C. elegans and is an evolutionarily conserved component of the Ras pathway. Our studies examining the mammalian KSR proteins are directed towards determining the function and regulation of these scaffolds in cell signaling.

Finally, our laboratory has had an ongoing interest in using mass spectrometry to analyze signaling complexes. By taking a proteomics approach, we hope to identify new components involved in Ras-dependent signal transduction.

Dr. Deborah Morrison obtained her Ph.D. from Vanderbilt University School of Medicine. She then began studying signal transduction as a postdoctoral fellow in the laboratories of Dr. Thomas Roberts at Harvard Medical School and Dr. Lewis Williams at the University of California-San Francisco. Dr. Morrison joined the ABL-Basic Research Program in 1990 and became head of the Cellular Growth Mechanisms Section in 1995. From 1996 to 1997, she was on sabbatical in the laboratory of Dr. Gerald Rubin at the University of California-Berkeley. Dr. Morrison joined the NCI Center for Cancer Research in 1999 and became Chief of the Laboratory of Cell and Developmental Signaling in 2006. In 2022, Dr. Morrison was elected into the National Academy of Sciences.