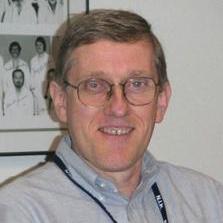 The major focus of the Roberts lab is to define functions of the extracellular matrix protein thrombospondin-1, its receptors, and downstream signal transduction pathways in cancer. Our current major objectives are 1) to identify mechanisms by which thrombospondin-1 signaling through its receptor CD47 regulates angiogenesis and tumor perfusion, 2) to define CD47 signaling pathways that differentially regulate self-renewal and autophagy in normal versus tumor cells, 3) to understand the mechanisms by which thrombospondin-1 regulates anti-tumor adaptive immunity, and 4) identifying genes required for disseminated infections by the pathogenic yeast Candida albicans.. All of these projects include translational aims employing novel therapeutic agents that we have developed.

Initially focusing on the NO/cGMP pathway, we predicted that antagonists of thrombospondin-1/CD47 signaling would improve tissue survival of ischemic injuries by enhancing NO-dependent tissue perfusion. We developed novel antagonists and confirmed this hypothesis in several animal injury models, but remarkably, the prosurvival activity of CD47 blockade extended to injuries that are independent of NO signaling including those caused by ionizing radiation. Our mechanistic studies established that CD47 blockade directly enhances survival of nontransformed cells under stress by stimulating a protective autophagy response and by inducing expression of c-Myc and several additional transcription factors that promote stem cell self-renewal. Applying these insights, we showed that systemic suppression of CD47 expression in tumor-bearing mice protected radiosensitive tissues from damage caused by irradiation, but the tumors became more sensitive to radiation.

In addition to being a thrombospondin-1 receptor, CD47 is a counter-receptor for the inhibitory self-recognition receptor SIRPα on phagocytes. As such, CD47/SIRPα antagonists have recently attracted publicity as potential therapeutics for enhancing anti-tumor innate immunity. Although we can confirm this activity, we find that thrombospondin-1, not SIRPα, is required for the synergism between CD47 blockade and therapeutic irradiation. We are studying the molecular mechanisms but also focusing on the practical application of this discovery to enhance immunotherapy of cancer.

Host colonization and vascular dissemination of Candida albicans. Because clinical isolates of Candida sp. are increasingly resistant to the available antifungal agents, new approaches are needed to prevent and treat these infections in cancer patients. We found that hemoglobin specifically induces expression of a C. albicans receptor for the host matrix protein fibronectin. This response is mediated by a hemoglobin receptor and is conserved among pathogenic species in the Candida genus. We identified a hemoglobin-induced cell wall protein that binds to fibronectin and cloned several novel genes that are rapidly induced in cells exposed to hemoglobin in vitro or by incubation in the vascular compartment of rabbits. One of these genes, HBR1, is essential for vegetative growth and is haploinsufficient for regulation of mating type locus genes, white-opaque switching, and some stress responses. A second hemoglobin-induced gene was identified as a heme oxygenase, which is essential for growth on iron-limiting medium and metabolizes exogenous heme to α-biliverdin. These changes in gene expression define a new differentiation pathway by which C. albicans adapts to the vascular compartment of its host. Understanding the signal transduction pathways that regulate this differentiation pathway could lead to new therapeutic targets to manage disseminated candidemia.

Dr. Roberts received his B.S. in Chemistry from the Massachusetts Institute of Technology and his Ph.D. in Biological Chemistry from The University of Michigan. After postdoctoral training at Michigan and in the Laboratory of Biochemical Pharmacology of the National Institute of Diabetes and Digestive and Kidney Diseases (NIDDK), he became a Research Chemist in the NIDDK and later joined the NCI as head of the Biochemical Pathology Section. He serves on peer review panels and on editorial boards including PLoS One, Scientific Reports, Journal of Cell Communication and Signaling, and Cellular and Molecular Life Sciences. His research interests include tumor cell-matrix interactions, tumor immunology, angiogenesis, redox biology, the biochemistry of cell surface carbohydrates, and host-pathogen interactions. Recent awards include election to Faculty of 1000 in 2014, elected Fellow of the American Association for the Advancement of Science in 2014, NCI Director's Merit Award in 2016, and NIH Federal Technology Transfer Awards 2014-2017.