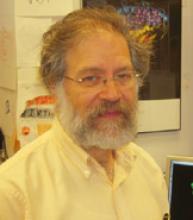 The Molecular Biology Section (MBS) is directed toward a precise molecular understanding of critical interactions that initiate, control, and perpetuate the immune response. To this aim, the laboratory focuses on

Using purified MHC molecules, viral immunoevasins, TCR, and NK receptors, we have learned the thresholds of affinity that allow such cell surface receptors to activate or inhibit effector-cell function. Based on X-ray crystallographic studies of these components and of their molecular complexes, we now understand in molecular detail the mechanism of peptide loading of MHC-I molecules, the basis of molecular recognition of TCR for MHC-I and MHC-II molecules, and the structural basis for interaction of T-cell coreceptors with MHC molecules. X-ray structures of MHC-II/peptide complexes that are crucial to the development of autoimmunity provide insight into the molecular basis of autoimmunity.

Our recent studies of viral immunoevasins reveal the structural evolution of viral resistance to recognition by the immune system and provide opportunities for developing strategies to counter such viral evasion. In addition, our broad understanding of the structure-function relationships of MHC molecules has permitted us to explore the relationship of MHC-I structure to HLA-linked drug-induced hypersensitivity syndromes. We are currently developing mouse model systems to allow further exploration of the molecular and cellular basis of such HLA-linked syndromes.

Credit: NIAIDFigure 2. Structure of the molecular complex of the mouse cytomegalovirus protein, m152 (magenta) with its stress-induced ligand, RAE1gamma (green). As described (Wang et al, 2012), the viral immunoevasin controls the surface expression of the stress-indu

Figure 2. Structure of the molecular complex of the mouse cytomegalovirus protein, m152 (magenta) with its stress-induced ligand, RAE1gamma (green). As described (Wang et al, 2012), the viral immunoevasin controls the surface expression of the stress-induced ligand by binding RAE1 via a pincer-like mechanism.

Dr. Margulies received an A.B. from Columbia University in 1971. In 1978, he earned his M.D. and Ph.D. from the Albert Einstein College of Medicine. From 1978 to 1980, he served as a resident in medicine at Columbia/Presbyterian Medical Center. From 1980 to 1983, he worked as a research associate in the Laboratory of Molecular Genetics at the National Institute of Child Health and Human Development. From 1983 to 1987, he was an investigator in the Laboratory of Immunology. In 1987, he became a senior investigator and, since 1989, has been chief of the Molecular Biology Section. Since 2008, he has been a member of the Senior Biomedical Research Service.