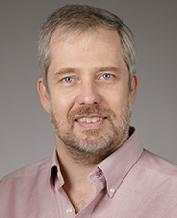 Throughout his career, Dr. Leopold has been interested in the large-scale organization of brain activity that underlies aspects of visual perception. His early work on the neurophysiological mechanisms of bistable perception used visual illusions to establish that neurons in certain areas of the cerebral cortex vigorously respond to a perceptual state, rather than to a physical stimulus. These studies highlighted mechanisms underlying the inherently interpretive nature of vision: even sensory areas such as the visual cortex are "intelligent" in that they embellish the physical information with assumptions and prior knowledge, and this is reflected in neural firing. An example of this is the reconstruction of the third dimension, where the brain creates the percept of a 3-D scene despite the fact that the retina is only two-dimensional. Recently, the Leopold lab has addressed the nature of visibility itself, asking how does activity in the brain elevate a stimulus or scene to reach conscious perception? At first, this question seems strange, since one might think a stimulus striking the retina should always be visible. However, under some conditions such as during an optical illusion, or following the inactivation of a specific neural circuit, a stimulus that is normally salient can become perceptually invisible. In a series of experiments, Dr. Leopold’s group has studied the role of the visual cortex and thalamus in the establishment and maintenance of stimulus visibility. This central research theme of the laboratory is ongoing.

In parallel, Dr. Leopold’s laboratory also studies neural responses related to the visual perception of social stimuli. Social perception, such as reading a facial expression or observing an exchange between two individuals requires a multiple levels of visual interpretation. It frequently also hinges on deciphering stimuli that are inherently dynamic. We are therefore measuring behavioral and brain responses to a variety of expressive photos and natural videos in an effort to probe the neural mechanisms by which the social meaning is extracted. This project requires considerable methodological development, as it strays from conventional neurophysiological and functional imaging experimental designs. In one developmental direction, the laboratory is exploring how a neuron’s specialized responses to social stimuli come about in the first place, and how they change over time. To longitudinally measure neural plasticity associated with learning, we have developed special microelectrodes for monitoring individual cells over days and weeks. This method for the first time allows us to track changes in the stimulus-selectivity of visual neurons in the brain during periods of focused visual learning of new faces and other stimuli.

In its study of visual perception, the Leopold laboratory uses a host of cutting-edge technical methods, including the functional magnetic resonance imaging (fMRI) capabilities of the imaging core facility that Dr. Leopold directs . Projects in the lab typically combine behavioral, neurophysiological and fMRI measurements in the same subjects. In some projects, these methods are further complemented by local pharmacological manipulation of particular circuits. In others, they are guided by information gleaned from diffusion-weighted MR imaging. The convergence of multiple methods allow one to tap into aspects of the functional circuitry to study questions related to vision that were previously out of reach. Gaining insights into the neural basis of our percepts is critical for understanding certain pathologies of the cognition, as are commonly found in neuropsychiatric disorders. In addition, such experiments provide a unique window on the fascinating and eternal problem of how the brain gives rise to the mind.

Dr. Leopold attained a B.S. in biomedical engineering from Duke University in 1991. After receiving his Ph.D. in Neuroscience from Baylor College of Medicine in 1997, he conducted postdoctoral work at the Max Planck Institute for Biological Cybernetics in Tübingen, Germany. Dr. Leopold arrived at the NIH in 2004 to establish his own research laboratory and to head a core facility for brain imaging in nonhuman primates. He is now a Senior Investigator and Chief of the Section on Cognitive Neurophysiology and Imaging in the Laboratory of Neuropsychology in the National Institute of Mental Health. He is also the Director of the Neurophysiology Imaging Facility, a joint core facility sponsored by the National Institute of Mental Health, National Institute of Neurological Disorders and Stroke, and National Eye Institute.