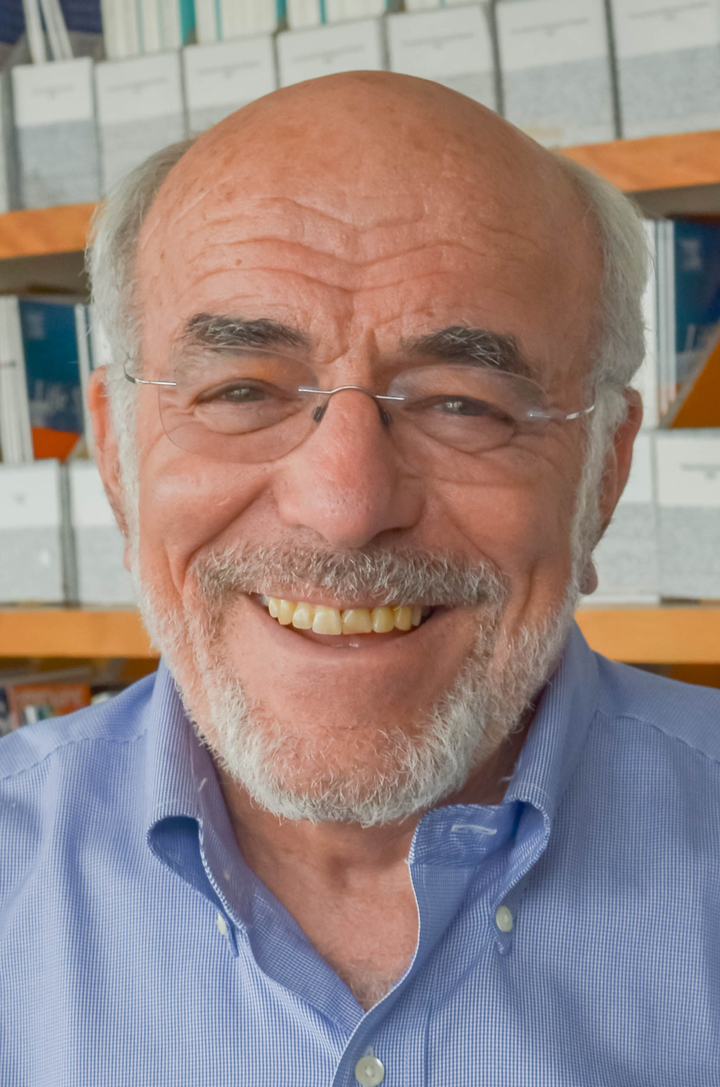 The Section on Neuroendocrinology studies the pineal gland and regulation of the pineal hormone melatonin. The work has broad implications for vertebrate biology and is of special interest to clinical scientists studying human diseases relating to circadian rhythms, including endocrine pathologies, sleep and mood disorders, and deficiencies in alertness. The Section also addresses the factors that control the remarkable global changes in gene expression occurring in the pineal gland on a 24-hour basis as well as factors associated with the establishment of the pineal phenotype. Interests range from small and large non-coding RNAs to mRNAs. The Section is dedicated to advancing understand of pineal function through the use of high-throughput sequencing to examine the pineal transcriptome. Moreover, the Section is involved in efforts to apply such methods to other systems to better understand the molecular basis of biological regulation.

Dr. David Klein is Chief of the Section on Neuroendocrinology, NICHD, which conducts research in the general area of neuroendocrinology, with special focus on the pineal gland. The section is primarily interested in understanding the genetic factors that determine and maintain the phenotype of the pinealocyte. In addition, the section investigates the mechanisms involved in controlling the daily rhythm in expression of hundreds of genes in the pineal gland. The section is currently using high throughput sequencing methodologies to pursue these goals, in combination with a broad range of investigative techniques and with the collaboration of an international group of scientists with common interests. Dr. Klein received his B.S. degree in Zoology from Cornell University (1962). After working at Rockefeller University in the Department of Biophysical Cytology with Dr. Beatrice Magdoff, he began doctoral studies at Rice University and received his Ph.D. in Biology in 1967 under the direction of Dr. Roy Talmage. The topic of his thesis was thyrocalcitonin. Dr. Klein's postdoctoral work was done at the University of Rochester with the late Dr. Larry Raisz and concentrated on factors regulating bone metabolism. Klein and Raisz's report in 1970 that prostaglandins stimulate bone resorption redirected research in this. While at Rochester, Dr. Klein initiated an independent line of research on the pineal gland and developed culture and analytical methods that are now widely used. In 1969 in joined the NICHD as a Staff Fellow and shortly thereafter made the breakthrough discovery that the daily rhythm in melatonin production is regulated at the serotonin acetylation step in a report that had a profound impact on the pineal field. This and the report on prostaglandins were designated Citation Classics in 1987. Dr. Klein's research has focused on the enzyme responsible for serotonin acetylation, arylalkylamine N-acetyltransferase (AANAT), and how it is regulated. His functional anatomical studies with several collaborators described the neural circuit responsible for driving circadian rhythms in the pineal gland and established the suprachiasmatic nucleus as the site of the endogenous clock. A highlight of the Section's research was the cloning of AANAT in 1995, which broke a log jam in the field. One of the most important downstream events enabled by this discovery was the crystallization of the AANAT/14-3-3 regulatory complex, which was achieved with NIDDK collaborators in 2001. This advance is noteworthy as the only 14-3-3 complex crystallized with a full length client. Research in the Section on Neuroendocrinology has most recently been dedicated to the goal of describing in genetic and epigenetic terms the regulatory cascades that control cell fate of the pinealocyte, the melatonin producing cell of the pineal gland; and, to the cascades that control daily changes in the expression of thousands of genes in this tissue, work which now heavily relies on high throughput RNA and DNA sequencing. Dr. Klein's honors include the Gregor Mendel Medal by the Czech Academy of Sciences (1995), the Aschoff/Pittendrigh Lecture by the Society for Research on Biological Rhythms (2004), the degree of Doctor Medicinae honoris causa by Johann Wolfgang Goethe University (2005) and the Lerner Frog by the Gordon Research Conference on Pineal Cell Biology (2010).