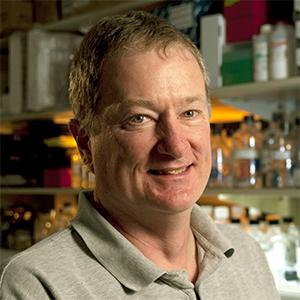 Hematopoiesis is the process of generating all of the different types of blood cells (erythrocytes, lymphocytes, platelets, etc.) circulating throughout the body. All of these cells are derived from a small population of pluripotent hematopoietic stem cells. As pluripotent hematopoietic stem and progenitor cells multiply and differentiate, their progeny lose the ability to differentiate into some lineages and eventually become committed to one single type of cell that ultimately enters the blood circulation. The Hematopoiesis Section's research focuses on erythropoiesis, the regenerative process in which undifferentiated hematopoietic cells differentiate into red blood cells. Perturbations of this process cause a variety of disorders ranging from anemia to hematologic malignancies.

One of the Hematopoiesis Section's research objectives is to understand the epigenetic changes that accompany red cell differentiation, including how the erythroid epigenetic profiles differ from the profiles in cells from other lineages. NHGRI’s ENCyclopedia Of DNA Elements (ENCODE) Project was developed to identify all functional elements in the human genome, including epigenetic marks and sites occupied by transcription factors, primarily focusing on cell lines or cultured cells. The Hematopoiesis Section participates in a consortium known as VISION (Validated Systematic IntegratiON of hematopoietic epigenomes) whose goal is to define the epigenetic changes that occur during erythropoiesis. VISION is designed to extend ENCODE into the study of differentiation of primary hematopoietic stem and progenitor cells.

The hematopoietic system provides a unique opportunity for studying differentiation because flow cytometry can be used to separate primary hematopoietic cells into well-defined populations representing distinct lineages and stages of differentiation. This allows the determination of the epigenetic state (chromatin accessibility, histone modifications, transcription factor binding, DNA methylation and 3D chromatin interactions) of the genome in freshly isolated cell types, which is not possible in other organs. These data can be correlated with transcriptional profiles, to determine the regulatory signature that accompanies differentiation into a specific lineage (i.e. red cells). Our most recent studies have used single cell approaches to identify the earliest progenitor cells for the erythroid and several other several lineages. The long-term goal is to identify the critical regulatory pathways that promote erythroid proliferation and differentiation and to manipulate these with small molecules or compounds that could be used to treat anemia.

The Hematopoiesis Section also studies erythropoiesis through the analysis of a congenital anemia known as Diamond-Blackfan Anemia syndrome (DBA). DBA is an inherited, autosomal dominant disorder associated with failed erythropoiesis and often congenital malformations and a predisposition to cancer. Approximately 70 percent of DBA patients have mutations in genes encoding one of ~25 ribosomal protein (RP) subunits, which result in haploinsufficiency and impaired ribosome function. Because DBA mutations do not always result in severe disease, the lack of a molecular diagnosis in 30% of DBA patients prevents the use of sibling donors for hematopoietic stem cell transplantation, the only curative therapy for DBA. The lack of a molecular diagnosis also complicates family planning for parents and siblings of affected individuals. The Hematopoiesis Section is currently employing genomic technologies to determine whether deletions involving RP genes or their regulatory sequences are the cause of DBA in the 30% of patients without a molecular diagnosis. We have used SNP arrays to show that 15% of DBA patients have large deletions that remove an RP gene. Currently we have used whole genome sequencing to identify smaller deletions and insertions in RP genes in an additional ~10% of DBA patients. Finally, the Hematopoiesis Section is developing reporter cell lines that can be used to screen for drugs that increase the levels of ribosomal proteins, which may offer a new treatment for DBA.

Dr. David Bodine, Ph.D. is Chief of the Genetics and Molecular Biology Branch and Head of the Hematopoiesis Section at the National Human Genome Research Institute (NHGRI). NHGRI is one of the 27 Institutes and Centers making up the National Institutes of Health (NIH).

Dr. Bodine received his undergraduate degree from Colby College in 1976, a master's degree in Human Genetics from Rutgers in 1977 and a Ph.D. for his work at the Jackson Laboratory through the University of Maine in 1984. After postdoctoral work at NIH's National Heart, Lung and Blood Institute, Dr. Bodine founded the Hematopoiesis Section in 1993 as part of the newly formed Intramural Research Program of NHGRI. In 1995, Dr. Bodine was promoted to Senior Investigator with tenure at NHGRI, and in 2006 was named chief of NHGRI's Genetics and Molecular Biology Branch.

Dr. Bodine has won numerous awards during his career. As an undergraduate, he received the Webster Chester Biology prize, and was awarded an honorary degree from Colby College in 2013 for his contributions to the genetics of blood disorders. As a graduate student, he was the recipient of a Jackson Laboratory Fellowship. Dr. Bodine received postdoctoral fellowships from both the NIH and the Cooley's Anemia Foundation. More recently, Dr. Bodine received the Daniella Maria Arturi Foundation Pioneer Award for his research into the causes of DBA. Dr. Bodine was elected to serve as a Councilor by the International Society of Experimental Hematology. The American Society of Gene and Cell Therapy has elected Dr. Bodine to serve as President, Secretary, and as a member of the Advisory Council.

Dr. Bodine was a member of the NIH Hematology I Study Section and continues to serve on the NIH Center for Scientific Review College of Reviewers. Dr. Bodine was a member of the National Science Foundation Eukaryotic Genetics Panel and has served on the Leukemia and Lymphoma Society (LLS) Career Development Award Review Panel. He also served the LLS Medical and Scientific Affairs and Professional Education Committees. Dr. Bodine has served on the Scientific Advisory Boards of the Center for Stem Cell and Regenerative Medicine, the National Disease Research Interchange and the Wisconsin Blood Center.

Dr. Bodine is an active member of the American Society of Hematology (ASH). He was elected to serve on the ASH Executive Committee as a Councillor. Currently he serves on the ASH Committee on Scientific Affairs and the ASH Working Group on the Dynamic Nature of Biomedical Research. Dr. Bodine has chaired the ASH Bridge Grant Program Study Section, the ASH SCD Clinical Trials Network Site Selection Study Section and the ASH Scholar Awards Study Section.

Having benefited from outstanding mentoring throughout his career, Dr. Bodine is determined to pay that forward by making the mentoring of trainees, particularly those in his own lab, his highest priority. He has served on the ASH Translational Research Training in Hematology (TRTH) and Clinical Research Training Institute (CRTI) Oversight Subcommittees and is active in the ASH Minority Medical Student Award Program. In recognition for the mentoring of his own trainees, Dr. Bodine has been named NHGRI Mentor of the Year three times, most recently in 2012, and was named NIH Mentor of the Year in 2004.

This page was last updated on Tuesday, October 4, 2022