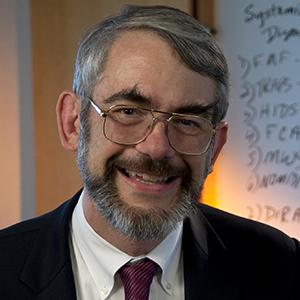 For almost 30 years the focus of the Inflammatory Disease Section (IDS) has been the identification of genes underlying inherited human disorders of inflammation, the elucidation of their function, and the application of these insights to the diagnosis and treatment of human disease. Stimulated by a chance encounter with a patient with familial Mediterranean fever (FMF), Dr. Kastner established a research group in the National Institute of Arthritis and Musculoskeletal and Skin Diseases (NIAMS) that mapped the gene for FMF to chromosome 16p, and then led an international consortium that identified the recessively inherited gene by positional cloning in 1997. The gene encodes what was then a novel protein (pyrin) that is the prototype for a motif found in some 20 human proteins involved in inflammation and apoptosis. Soon thereafter, Dr. Kastner's group discovered that dominantly-inherited mutations in the p55 tumor necrosis factor receptor cause an inherited fever disorder they named TRAPS (the TNF receptor-associated periodic syndrome), and proposed the now widely accepted concept of autoinflammatory disease to denote a broad group of innate immune disorders. Based on other clinical encounters, the Kastner group and their NIAMS colleagues discovered that mutations in NLRP3, a PYRIN domain-containing activator of interleukin 1β (IL-1β), cause a devastating disorder known as NOMID (neonatal-onset multisystem inflammatory disease), and that the gene mutated in the dominantly-inherited syndrome of pyogenic arthritis, pyoderma gangrenosum, and acne (PAPA) encodes a pyrin-binding protein. A subsequent therapeutic trial conducted at the NIH Clinical Center demonstrated that anakinra, a recombinant IL-1 receptor antagonist, dramatically attenuates inflammation and improves outcomes in NOMID patients. More recently, again collaborating with NIAMS colleagues, the group discovered a recessive disorder of neonatal pustulosis and multifocal osteomyelitis caused by loss-of-function mutations in the gene encoding the endogenous IL-1 receptor antagonist.

Since Dr. Kastner and his group moved from NIAMS to the NHGRI Intramural Research Program in late 2010, they have maintained a vigorous clinical research program that studies patients with both known and undiagnosed disorders of inflammation, and they participate in an inter-institute clinical program with investigators and trainees from NIAMS and the National Institute for Allergy and Infectious Diseases (NIAID). The IDS serves as a worldwide referral center for patients with recurrent fever syndromes and other autoinflammatory disorders, and, altogether, the Kastner group has evaluated over 2,000 patients under their natural history protocol. This protocol has served as the foundation for the discovery and characterization of several new autoinflammatory diseases and a springboard for therapeutic trials.

IDS research efforts currently focus in four major areas: the genetic analysis of monogenic disorders of inflammation, the study of genetically complex inflammatory diseases, investigations into the mechanisms by which mutations discovered by the IDS cause human illness, and the development of targeted therapies. Since the IDS moved to the NHGRI, the group has discovered a number of monogenic disorders, including phospholipase Cγ2-associated antibody deficiency and immune dysregulation (PLAID), a separate autoinflammatory condition denoted APLAID (autoinflammatory PLAID), the deficiency of adenosine deaminase type 2 (DADA2), haploinsufficiency of A20 (HA20), otulipenia, and cleavage-resistant RIPK1-induced autoinflammatory (CRIA) syndrome. Current investigations focus on the use of genomic sequencing methods to identify inherited disorders of inflammation, and the role of somatic mosaic mutations in the development of adult-onset autoinflammatory disease.

Recent IDS investigations on the genetically complex autoinflammatory diseases have focused on Behçet's disease and the syndrome of periodic fever with aphthous stomatitis, pharyngitis, and cervical adenitis (PFAPA).

Behçet's disease is a potentially life-threatening cause of oral and genital ulceration, ocular inflammation, and vascular inflammation that is common in countries lying on Marco Polo's ancient Silk Route. With collaborators in Turkey and Japan, the IDS has used state-of-the-art genome-wide association methods and deep resequencing to dramatically advance our understanding of both HLA and non-HLA susceptibility loci for Behçet's disease. PFAPA is the most common periodic fever syndrome in children, oftentimes manifesting clocklike regularity in its febrile episodes. Current studies have leveraged new insights into Behçet's disease genetics to advance our understanding of the genetics and pathophysiology of PFAPA. The IDS is also collaborating with NIAMS colleagues to discover both common and rare variants that confer susceptibility to scleroderma, a serious autoimmune disease, in African Americans.

Recent IDS mechanistic investigations have focused on the molecular steps by which bacterial toxins activate the pyrin inflammasome. Ongoing studies demonstrate an important role for pyrin in resistance to Yersinia pestis, the agent of the bubonic plague, and suggest that the plague may have selected for high FMF carrier frequencies in Mediterranean and Middle Eastern populations.

The IDS will continue to develop and utilize animal models, coupled with cellular and molecular biologic approaches, to understand the mechanisms of inherited inflammatory disease and to establish the conceptual underpinnings for new therapeutic trials. A recent IDS paper established an important role for tumor necrosis factor inhibitors in the treatment of DADA2.

Dr. Dan Kastner obtained his A.B. summa cum laude in philosophy from Princeton University in 1973 and a Ph.D. and M.D. from Baylor College of Medicine by 1982. After completing Internal Medicine residency and chief residency at Baylor, Dan moved to the National Institutes of Health (NIH) in 1985. He is currently the Scientific Director of the Division of Intramural Research of the National Human Genome Research Institute (NHGRI). Throughout his career at the NIH Dan’s research has focused on using genetic and genomic strategies to understand inherited disorders of inflammation, often stimulated by patients with relatively rare disorders seen at the NIH Clinical Center hospital. This work has provided detailed molecular explanations for these illnesses, has provided the conceptual basis for highly effective targeted therapies, and has informed our understanding of more common illnesses. Dan’s group also proposed the now widely accepted overarching concept of autoinflammatory disease to denote disorders of the evolutionarily ancient innate branch of the human immune system. Dan has won a number of awards and honors, including election to the National Academy of Sciences in 2010 and to the National Academy of Medicine in 2012, recognition as Federal Employee of the Year in 2018, and the Ross Prize in Molecular Medicine in 2019.