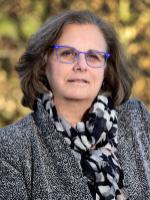 My research involves prospective cohort studies designed to study the impact of environmental exposures on population health. Prospective studies have the advantage that exposures are assessed prior to the occurrence of outcomes under investigation, reducing bias and facilitating causal interpretation. These cohorts allow for both hypothesis driven and opportunistic research, enabling us to also explore outcomes not envisioned when the cohorts were designed.

The Agricultural Health Study (AHS)
The AHS, developed in collaboration with investigators from National Cancer Institute is a prospective study of licensed pesticide applicators and their spouses. We have been following this cohort since 1993. While initially conceived as a logical next step in understanding the contributions of pesticides to cancer risk, we expanded the focus to include non-cancer outcomes plausibly linked to agricultural exposures including neurobehavioral function, Parkinson's disease, respiratory disease and lung function, diabetes and autoimmune diseases.

The Sister Study
The Sister Study is a prospective cohort study of 50,884 women with enhanced risk for breast cancer due to having had a sister who was diagnosed with disease. The study was designed, in part, as a response to public interest in the role of the environment in breast cancer. The 2-fold risk of breast cancer among women with an affected sister their expected higher prevalence of relevant genes and shared exposures increases the statistical power to study gene-environment interactions. In addition to extensive questionnaire data on life-course exposures, we collected and banked biological and environmental samples. Tumor tissue and medical records are collected for incident cases and we continue to follow women after diagnosis to study vactors affecting breast cancer outcomes. My work using the cohort thus far has explored early life factors in relation to age at menarche and menopause, and in relation to risk for breast cancer and other conditions diagnosed later in life. Other Sister Study work has explored genetic and epigenetic factors. The richness of this resource allows us to consider the possibility that environmental factors may contribute indirectly to later outcomes and to specifically consider timing of exposures.

The GuLF STUDY
The GuLF STUDY addresses health concerns following the April 2010 Deepwater Horizon disaster in the Gulf of Mexico. Surprisingly little is known about the long-term effects of oil spill exposures . The GuLF STUDY (see https://www.niehs.nih.gov/research/atniehs/labs/epi/studies/gulfstudy/ for the protocol questionnaires) is a cohort study of 33,000 persons involved in some aspect of oil spill cleanup - including some who trained but did not work - who enrolled from March 2011 to March 2013 by completing a comprehensive telephone interview about their oil spill work experience, current physical and mental health, and health at time of the oil spill. A nested subcohort of 11,200 persons from Gulf States completed home visits that included additional questionnaires, collection of biological and environmental samples, and measurement of lung function and blood pressure. A subset of participants will be invited to complete a comprehensive clinical exam focused on neurological and respiratory function. Active follow-up is underway along with development of comprehensive exposure metrics that will incorporate the extensive questionnaire data on work experiences, all available environmental monitoring data and other exposure records related to the oil spill.

Dale Sandler, heads the Chronic Disease Epidemiology group and has been Chief of the Epidemiology Branch in the Division of Intramural Research at NIEHS since 2003. Sandler is adjunct professor of Epidemiology at the University of North Carolina at Chapel Hill, past editor of the journal, Epidemiology, and a past president of the American College of Epidemiology. Sandler has authored more than 230 articles in peer-reviewed journals. She received an M.P.H. from Yale University in 1975 and a Ph.D. in Epidemiology from The Johns Hopkins University in 1979. She received NIH Director's Awards in 2009 for developing the Sister Study and in 2011 for her work in developing the GuLF STUDY. She was selected NIEHS DIR Scientist of the Year in 2010.

This page was last updated on September 9th, 2020