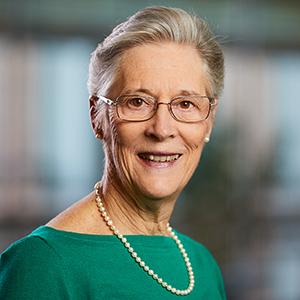 Important collaborations come from synergy between the clinic and the laboratory. This has been the hallmark of Dr. Tifft's research program on glycosphingolipid and glycoprotein storage disorders. These rare, uniformly fatal, disorders affect males and females, children and adults, and the diagnosis is often delayed years to decades from the onset of symptoms. In a collaboration with Dr. Richard Proia (GDDB/NIDDK) that spans more than 25 years, the two have used a variety of model systems to understand the pathogenesis of disease progression and explore therapeutic options.

The collaborators determined that bone marrow transplantation could double the lifespan of Sandhoff disease mice, not by decreasing the storage of GM2 ganglioside, but by inhibiting activation of macrophage-derived microglial cells leading to neuronal apoptosis. This was the first demonstration that inflammation was pivotal in the pathogenesis of lysosomal storage disorders (LSDs) affecting the CNS, an observation that has been subsequently extended to include many neurodegenerative LSDs and more common disorders including Alzheimer’s disease.

To further investigate the molecular pathogenesis of LSDs, the Proia/Tifft team have generated induced pluripotent stem (iPS) cells from a patient with infantile Sandhoff disease and used the CRISPR/Cas system to correct the mutation and produce isogenic iPS lines for neuronal differentiation and differential gene expression studies. Likewise, the group has used CRISPR/Cas to create GM1 iPS cells with mutations in the exons most commonly associated with juvenile disease. Isogenic disease and control iPS lines from both diseases have been differentiated into cerebral organoids in culture and faithfully replicate neuronal storage of GM2 and GM1 ganglioside, respectively. Abnormally increased cellular proliferation in the visibly larger Sandhoff organoids may explain the megalencephaly observed in infantile GM2 patients. Treatment of the GM1 cerebral organoids with AAV9-GLB1 gene therapy vector was the last critical pre-clinical step in demonstrating that the vector subsequently used to treat human patients could mitigate GM1 storage in human organoids.

Using facilities of the NHGRI Mouse Core facility, the group has created and characterized a CRISPR/Cas knock-out mouse that recapitulates the phenotype of Type II GM1 patients. This mouse will be important for ongoing pre-clinical testing of therapeutics for GM1 patients.

GM1 gangliosidosis is a rare disorder caused by the enzyme deficiency of lysosomal b-galactosidase. The researchers have recruited 40 Type II patients for careful phenotyping and longitudinal monitoring of disease progression. In collaboration with Dr. Eva Baker at the NIH Clinical Center Department of Diagnostic Imaging and Dr. Gilbert Vezina, chief of neuroradiology at the Children's National Health System, the team is able to monitor the disease progression using MRI and MR spectroscopiy that correlates with neurocognitive decline.

Ongoing work in the laboratory focuses on the mechanisms of neurodegeneration and on the identification of biomarkers of disease progression for GM1 and gene expression in the early developing brain of patients with GM2 (Tay-Sachs) disease.

As director of the Pediatric Undiagnosed Diseases Program (UDP), part of the Undiagnosed Diseases Network of the NIH Common Fund, Dr. Tifft and her team evaluate patients who have long eluded diagnosis at major academic centers throughout the country. Most patients have neurologic disease as part of their symptomatology. By careful clinical phenotyping and use of the latest techniques in next generation sequencing and agnostic screening, the team tries to solve mysterious conditions that may represent rare presentations of previously described disorders or entirely new disorders. With 12 UDN clinical sites across the country and core laboratories for sequencing, metabolomics and generation of model organisms, the UDP is able to investigate the functional consequences of mutations in novel gene candidates and search for additional cases to describe new disease entities.

Dr. Tifft is a senior clinician at the National Human Genome Research Institute where she serves as deputy clinical director and directs the Pediatric Undiagnosed Diseases Program.

Dr. Tifft received her B.A. in biology from Revelle College at the University of California at San Diego and her M.S. in genetic counseling from Rutgers University. She received her Ph.D. in genetics from the University of Texas Graduate School of Biomedical Science at M.D. Anderson Cancer Center and her M.D. from the University of Texas Health Science Center in Houston. She completed her pediatric residency at Johns Hopkins Hospital and fellowship in medical genetics at the National Institutes of Health. Dr. Tifft joined the faculty of the George Washington University School of Medicine at Children's National Medical Center in 1991, becoming chair of the Division of Genetics and Metabolism in 1996. In 2009, she returned to the NIH to focus her attention on children with rare and undiagnosed diseases.

For many years, Dr. Tifft's clinical and research interests have been lysosomal disorders affecting the central nervous system. She is the principal investigator of a longitudinal natural history study of children and adults with glycosphingolipid and glycoprotein disorders, including Tay-Sachs and Sandhoff diseases, GM1 gangliosidosis and type 1 sialidosis.

In May 2019 Dr. Tifft and her "all-woman team from five continents" launched the initial first-in-human gene therapy trial for patients with Type I and Type II GM1 gangliosidosis. Connecting with desperate families and enrolling patients in the middle of a pandemic gave participants the chance at a better life. For their stellar work the team received the NHGRI GREAT Award in 2020 and the NIH Director's Award in 2021.

As director of the Pediatric Undiagnosed Diseases Program, Dr. Tifft coordinates the selection and clinical evaluation of children whose diagnoses have long eluded the medical community. Using comprehensive phenotyping and next generation sequencing, she and her team have provided diagnoses to nearly a third of selected patients and have strong candidate genes under study for additional cases.