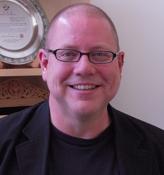 Tuberculosis (TB) is one of the leading infectious diseases in the world, with approximately one-third of the world’s population harboring the causative agent, Mycobacterium tuberculosis (Mtb). Though previously a disease associated with aristocratic societies, TB is now predominantly a third-world disease, particularly affecting Asian communities and sub-Saharan Africa. Mtb isolates are increasingly resistant to drug therapies: multidrug-resistant TB (MDR TB) or more severely, extensively drug-resistant TB (XDR TB). As a consequence of these emerging strains, it is becoming increasingly apparent that novel drugs are necessary to combat Mtb infections.

The Tuberculosis Research Section (TBRS) is a multidisciplinary group of research scientists comprised of biologists, chemists, and clinical researchers who share a common interest in TB. TBRS projects focus on understanding the scientific issues that facilitate the development of drugs that will make a genuine difference in the outcome for TB subjects globally. TBRS scientists are highly interactive worldwide in this endeavor, and as a result of our outstanding collaborators, TBRS has the distinction of being the most highly-cited research group in the world in the field of TB over the past 10 years. They were cited in Nature Medicine’s “The top twenty research papers on tuberculosis” (13(3):276-7, 2007). Learn more about the TBRS ranking among TB researchers worldwide.

The International Tuberculosis Research Center (ITRC) is the product of an on-going collaboration between NIAID and the South Korean Ministry of Health and Welfare. Research scientists at ITRC focus on human clinical trials of TB, particularly MDR TB and XDR TB.

Dr. Barry received his Ph.D. in organic and bio-organic chemistry in 1989 from Cornell University. He joined NIAID following postdoctoral research at Johns Hopkins University. In 1998, he was tenured as chief of the TBRS. Dr. Barry is a member of several editorial boards, has authored more than 120 research publications in tuberculosis, and is the most cited researcher in the field, according to ScienceWatch.com.