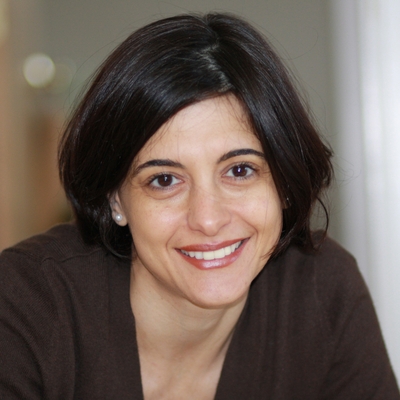 The main goal of our research program is to design novel immunotherapeutic interventions that specifically address the two central features of metastatic disease: tumor dissemination and refractoriness to therapy. Towards this goal, our research efforts have been concentrated on elucidating mechanisms of tumor progression and, in particular, on understanding the process known as epithelial-to-mesenchymal transition (EMT) in the context of cancer. A normal occurrence in the course of embryogenesis, the EMT may aberrantly take place in epithelial tumors where it can promote metastasis and the acquisition of drug resistance; therefore, carcinoma cells undergoing the EMT might be selected rather than eliminated by standard therapeutic anti-tumor interventions. The central hypothesis of our research is that immunization against a molecular driver of EMT could lead to the generation of a T-cell immune response that ultimately will eradicate the population of metastatic, drug-resistant cancer cells expressing the EMT target of choice. Our laboratory has identified the T-box transcription factor brachyury as a novel tumor antigen, a driver of human tumor EMT and drug resistance, and a target for T-cell mediated immunotherapy. We have shown that elevated levels of brachyury expression in human carcinoma cells induce an EMT, enhance cell migration and invasiveness, and increase metastatic propensity in xenograft models. We also demonstrated that brachyury plays a role in mechanisms of tumor resistance to conventional therapies, including chemotherapy and radiation. Our studies showed that the level of brachyury expression directly correlates with resistance to cytotoxic treatments and that treatment in vitro or in vivo with cycles of chemotherapy selects for a population of highly mesenchymal, invasive and brachyury positive tumor cells.

Our current research is also focused on elucidating the signaling events that induce tumor EMT, which could potentially lead to novel ways to prevent metastasis. We have recently demonstrated, for example, that brachyury overexpression induces the secretion of interleukin-8 (IL-8) and expression of IL-8 receptors, and that IL-8 signaling is critical for maintaining the mesenchymal characteristics of human tumor cells. These findings may have implications for cancer therapy as blockade of IL-8 could possibly be a new way to target mesenchymal-like, invasive carcinoma cells.   An interesting and distinctive aspect of the transcription factor brachyury as driver of human tumor EMT is its restrictive expression pattern; brachyury is predominantly expressed in human carcinomas but only rarely expressed in normal adult tissues. This tumor-associated pattern of expression makes brachyury an interesting target for interventions directed at the EMT process and serves as a model to explore immunotherapies aimed at directly interfering with tumor progression. To this end, we have demonstrated that human brachyury-specific T cells can be expanded from the blood of cancer patients with a brachyury-specific peptide, and have shown that those T cells are able to lyse various brachyury-expressing tumor cells. In collaborative studies, we have developed a recombinant yeast-brachyury vector and characterized its ability to induce CD8+ and CD4+ brachyury-specific T cell-immune responses in vivo in murine models and in vitro with human cells. These studies have been conducted within the framework of collaborative efforts with investigators in the extramural and intramural scientific communities and have led to the initiation of a Phase I clinical trial of yeast-brachyury in patients with advanced carcinomas.

Dr. Claudia Palena is a Senior Investigator and the Head of the Tumor Immunoregulation Section of the Center for Immuno-Oncology's Translational Research area, NCI, NIH, Bethesda. Dr. Palena received her Ph.D. degree in Biochemistry from the National University of Rosario, Rosario, Argentina. Dr. Palena is active in the area of tumor immunology and cancer immunotherapy. Her current research is focused on the development of novel immunotherapeutic approaches aimed at targeting critical events in tumor progression with the ultimate goal of designing vaccine platforms and combinatorial therapies for the prevention and/or treatment of metastases in human cancer.