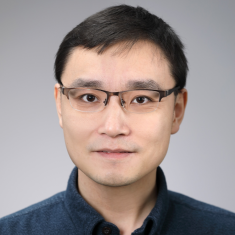 Our research is focused on the interface between DNA sequence, chromosome organization and gene expression in both bulk samples and single cells, from a genome-wide perspective. Our approach includes traditional assays, as well as the cutting-edge technologies in single-cell omics, next-generation sequencing and single-molecule imaging. Previously we have shown that DNA supercoiling dynamics and topoisomerase activity is the primary mechanism underlying the phenomenon of transcriptional bursting in bacteria (Cell, 2014). We aim to probe DNA supercoiling dynamics in mammalian cells during multiple biological processes. A particular goal is to understand the role of DNA topology in the context of chromatin architecture, transcriptional activity, and other epigenetic features, at the single-cell level.

The Chen lab also develops new assays and techniques in single-cell genomics, transcriptomics and epigenomics, primarily based on high-throughput sequencing platforms. We aim to bring these newly invented methods to both fundamental questions in biology and clinical settings in medicine via collaborative efforts.

Dr. Chen obtained his B.S. in biology from Peking University in 2008, and a Ph.D. in biochemistry from Harvard University in 2014. Working in the lab of X. Sunney Xie, in collaboration with the lab of Xiaowei Zhuang, he applied advanced imaging tools to probe chromosome organization and gene expression at the single-molecule and super-resolution level. As a postdoctoral fellow at Harvard University, he performed single-cell whole-genome analyses by developing a new method, Linear Amplification via Transposon Insertion (LIANTI). LIANTI allows the accurate detection of genomic variants in individual cells, enabling many future studies in biology and medicine from the perspective of next-generation sequencing and single-cell genomics. He joined the Center for Cancer Research as an NIH Stadtman Investigator in 2018.