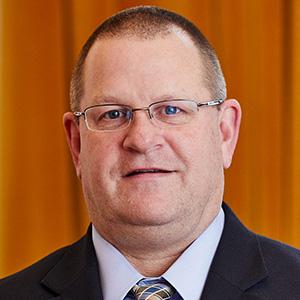 The research interests of the section surround the genetics, pathophysiology and treatment of the hereditary methylmalonic acidemias and disorders of intracellular cobalamin metabolism. These inherited enzymopathies belong to the organic acidemia category of metabolic disease, and represent a group of collectively common inborn errors of metabolism. Affected patients are medically fragile and suffer from multisystemic complications, including severe metabolic instability, stroke of the basal ganglia, pancreatitis, end stage renal failure, growth impairment, osteoporosis and developmental delay. Despite intensive study since the early 1960s, few patients with MMA have survived into adulthood and evidence for effectiveness of current medical therapies is lacking, a fact that stands in stark contrast to the practice of screening all U.S. newborns for MMA. Because these disorders also feature pathology that can be seen in many common conditions, such as vitamin B12 deficiency, stroke syndromes, pancreatic dysfunction, diabetes, chronic kidney disease, osteoporosis, obesity and retinal degeneration, it is likely that the careful elucidation of patient phenotypes will provide new insights into the pathophysiology of more complex and prevalent disorders, and perhaps, suggest new pathways to target for therapeutic interventions in these more common conditions.

Through our natural history protocol, "Clinical and Basic Investigations of Methylmalonic Acidemia and Related Disorders" (ClinicalTrials.gov Identifier: NCT00078078), the Venditti lab has enrolled the largest single-center patient cohort. In the past few years, they have described dental manifestations in MMA, whole-body energetics in MMA, and a new treatment approach for cobalamin C deficiency. They have delineated the neurocognitive phenotype displayed by MMA patients and described the natural history of renal growth in MMA. The team has authored a series of comprehensive reviews on the clinical phenotype and treatment of isolated MMA, cobalamin disorders, and propionic academia, as well as numerous book chapters related to the diagnosis and management of patients with branched chain amino acid oxidation disorder.

Clinical investigations conducted by the section have enabled the identification of two new inborn errors of metabolism: combined malonic-methylmalonic acidemia (CMAMMA) and cblX deficiency. These discoveries have led to the demonstration of a new metabolic pathway for organic acid metabolism in humans and defined the first example of transcriptional dysregulation as the cause of a classical inborn error of metabolism. Both examples serve to further emphasize the novel insights into intermediary metabolism that can be achieved through the study of MMA. The longer-term goals of our clinical efforts are to study the correlations between enzymatic, genotypic, clinical and metabolic variables with phenotype, disease manifestations and outcomes in MMA and cobalamin disorders; to critically evaluate current treatment practices and develop evidence-based guidelines; and to discover and characterize novel patient phenotypes.

Other than dietary management, no therapeutic alternative to elective liver or liver-kidney organ transplantation exists for patients with isolated MMA. We have therefore studied the efficacy of gene therapy as a treatment for MMA. After preliminary/feasibility experiments of gene correction using lenti- and adenovirus-mediated gene delivery, the section engineered a series of adeno-associated viral (AAV) vectors to express the methylmalonyl-CoA mutase (Mut) gene systemically or only in hepatocytes. The results in all the studies are striking: while the untreated Mut-/- mice uniformly perish in early life, the Mut-/- mice that receive AAV gene therapy with any of the section's AAV vectors have near normal long-term survival, are phenotypically corrected and display sustained, low-level enzymatic activity for as long as one year after a single treatment with an AAV vector. Our gene therapy experiments also inspired the invention of a device and method to quantify whole-body Mut enzyme activity after gene therapy using 13C isotopomer metabolism. The gene delivery approach and monitoring platform the team has developed should be immediately translatable to a phase I/II gene therapy trial at the NIH Clinical Center using AAV to treat mut MMA patients and could provide precedence for the application of a similar approach to many other disorders of intermediary metabolism, particularly those that feature mitochondrial localization of the metabolic lesion.

In the laboratory, researchers in the section have generated a suite of clinically-relevant mouse models to dissect disease mechanisms in MMA. Using a knock-out allele of Mut, they have established that mitochondrial dysfunction is central to the pathology of MMA and have extended these observations using ion abrasion scanning electron microscopy to characterize hepatic mitochondria in MMA on the nanometer scale in 3-D. To recapitulate the organ specific pathology experienced by patients with MMA, they created a new mouse model, Mut-/-;TgINS-Alb-Mut, to replicate the renal manifestations seen in MMA, specifically progressive kidney failure associated with impairment of proximal tubular mitochondrial function. These mice, like MMA patients who have received a liver transplant, express the Mut enzyme only in the hepatocytes. RNA profiling of genes expressed in the mutant mouse kidneys has identified novel MMA-associated renal biomarkers that we have validated in our patient cohort and used to measure the response of MMA kidney disease to antioxidant therapy. This mouse model has also been used to develop and test new therapeutics and should be useful for the wider study of related medical conditions, especially chronic kidney failure caused by tubulointerstitial disease. Future efforts to apply murine and zebrafish modeling to other disorders in the pathway, including cblC deficiency, are in progress.

Dr. Charles P. Venditti received a S.B. from the Massachusetts Institute of Technology in 1988 and was an M.D., Ph.D. scholarship recipient at Penn State University. After graduation in 1996, he completed a pediatrics residency at Massachusetts General Hospital/Harvard Medical School (1996-1999) and a combined clinical and biochemical genetics fellowship (1999-2003) at the Children's Hospital of Philadelphia/University of Pennsylvania School of Medicine. After his fellowship, he joined NHGRI as a member of the Physician-Scientist Development Program (2003-2008) and then as a tenure track investigator in the Genetics and Molecular Biology Branch (2008-current).

He is board-certified in pediatrics, clinical genetics and biochemical genetics and is an attending physician at the Mark O. Hatfield Clinical Center at NIH, where he has initiated a translational research program to study the natural history and clinical phenotype(s) of the hereditary methylmalonic acidemias (MMA) and cobalamin metabolic disorders. The clinical research studies are paralleled by laboratory investigations that have focused on the development of experimental systems to study the genetics, genomics and biochemistry of organic acid metabolism in model organisms, including roundworms, mice and zebrafish. Using a translational research approach, Dr. Venditti and his colleagues have published a number of papers that connect disease pathophysiology in MMA to mitochondrial dysfunction and prove the efficacy of gene therapy as a treatment for both methylmalonic acidemia and propionic acidemia.

In 2009, he was the recipient of a Presidential Early Career Award for Scientists and Engineers (PECASE), the U.S. government's highest honor for early-career scientists. Other awards include selection as an Outstanding New Investigator from the American Society of Gene and Cell Therapy in 2010 and election into the American Society of Clinical Investigation (ASCI) in 2012. Dr. Venditti is a member of numerous professional organizations in the fields of inborn errors of metabolism, genetics and gene therapy and serves on the medical advisory board of the Organic Acid Association (OAA).