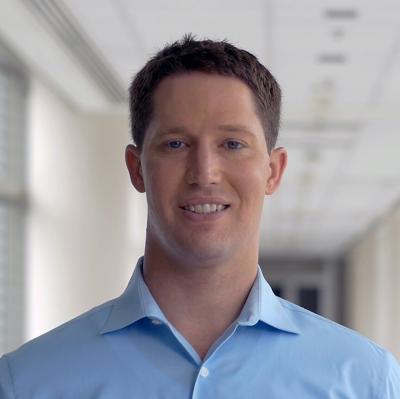 Skeletal muscle is the most abundant tissue in the human body and is capable of nearly instantaneously increasing its rate of energy turnover more than 100-fold at the onset of muscle contractions. Not surprisingly, mitochondrial deficits in muscle have been linked to the development of a large number of pathologies including diabetes and aging. Moreover, reactive oxygen species (ROS), a byproduct of mitochondrial energy conversion, are well known to be toxic in most tissues and have been implicated in the etiology of diseases such as Alzheimer’s, Parkinson’s, and cancer. Thus, a better understanding of the mechanisms regulating mitochondrial energy conversion is critical not only to improving skeletal muscle function but also to the development of potential treatments for a wide array of human diseases.

The focus of Dr. Glancy’s muscle energetics research program is to determine how mitochondria are optimized within muscle cells to help maintain energy homeostasis during the large change in energy demand caused by muscle contraction. Particularly, his work aims to answer four broad questions: 1) how is mitochondrial energy conversion acutely up-regulated to meet energetic demand during a bout of muscle contractions?, 2) what chronic mitochondrial adaptations are available to the muscle cell to improve the capacity for matching energy supply with demand?, 3) how does each chronic adaptation, or combinations thereof, alter the capacity for acute up-regulation of mitochondrial conversion?, and 4) how do acute mismatches between mitochondrial energy conversion and cellular energy demand signal chronic mitochondrial adaptations in skeletal muscle?

Recently, Dr. Glancy demonstrated that skeletal muscle mitochondria form a highly connected network resembling that of an electrical power grid, and, indeed, were capable of electrical conduction of the mitochondrial membrane potential throughout the cell. The discovery of this rapid energy distribution mechanism overturned longstanding ideas regarding diffusion as the primary energy distribution pathway in skeletal muscle. Current work in this area is focused on providing a better understanding of the regulation and development of these mitochondrial networks as well as their role in overall muscle function.

Brian Glancy graduated with a B.A. in Sport Science from the University of the Pacific prior to receiving a Master’s degree in Kinesiology and a Ph.D. in Exercise Science from Arizona State University working with Wayne Willis. He was a postdoctoral fellow with Robert Balaban at the National Heart, Lung, and Blood Institute from 2009 to 2016. Dr. Glancy became an Earl Stadtman Investigator at the NIH with a dual appointment between NHLBI and NIAMS in 2016. He is a member of the American College of Sports Medicine and the American Physiological Society.

This page was last updated on September 1st, 2020