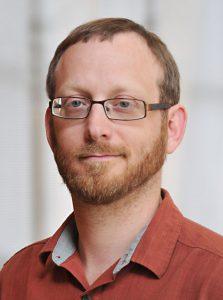 Dr. Harvey received his Ph.D. in Neurobiology and Anatomy from the University of Rochester where he began his interest in gene delivery and gene therapy for the central nervous system. He joined NIDA in 2002 where he brought methods for viral vector production to the Neural Protection and Regeneration Section led by Dr. Yun Wang. Dr. Harvey’s experience with molecular biology and viral vectors coupled with his background in the models of neurodegeneration and neurotoxicity contribute to his directorship of the Optogenetics and Transgenic Technology Core where he develops genetic tools for monitoring and manipulating the activity of neurons and glia in the rodent central nervous system. Dr. Harvey also has an ongoing research project as part of the Cellular Protection and Repair (CPR) laboratory examining the protein Mesencephalic Astrocyte Derived Neurotrophic Factor (MANF) and its associated functions in the neuroprotection, ER stress, unfolded protein response (UPR) and the KDEL retrieval pathway.