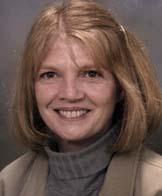 Our laboratory investigates mechanisms controlling cell fate decisions in developing T cells. These decisions are guided by intrinsic and environmental cues, such as those that signal through the T-cell antigen receptor (TCR) and other surface receptors like the highly conserved Notch receptor. Stringent selection processes operate in the thymus, promoting survival of T cells with potential to recognize pathogen-infected cells and eliminating self-reactive T cells in order to prevent autoimmunity. The nature of these selecting signals also influences commitment to specific T-cell lineages. In the periphery, signals from the TCR and costimulatory molecules collectively determine whether a mature T cell reaches the threshold for activation, commits to proliferation, and acquires effector functions. Thus, the signaling pathways that facilitate the activation, differentiation, and development of T-cell lineages are a major focus of our research.

Early accomplishments of the laboratory were in the identification and characterization of thymocyte precursors, thymocyte subsets, precursor/product relationships, TCR expression/signaling, and functional maturation. We also made contributions to understanding mechanisms regulating thymocyte selection and lineage commitment. Our current research uses transgenic and conditional mutant mice to assess the roles of TCR, Notch, and/or GATA3 in thymocyte development and in the differentiation and responses of mature T cells. We have established that Notch and GATA3 each augment TCR signal transduction and promote thymocyte selection and maturation. Since we find that GATA3 also influences the CD4/CD8 T-lineage decision, we are investigating how GATA3 mediates its effects in thymocyte development, including its role in regulating the expression of lineage commitment factors.

Our analyses of conditional mutant mice indicate that Notch functions in the activation and differentiation of peripheral CD4 T cells. In a reciprocal approach, we have altered expression of Notch ligand in antigen-presenting cells to assess its role in antigen stimulation of naïve T cells. These complementary investigations reveal that Notch signaling cooperates with TCR and costimulatory receptors to regulate the sensitivity, magnitude, and kinetics of T-cell priming. These studies also provide mechanistic insights into how Notch signals augment T-cell activation and suggests ways in which Notch function can be manipulated to enhance or attenuate immune responses. Of relevance, we find that Notch signaling augments T-cell responses triggered by parasites as well as responses to tumors, demonstrating its physiological importance in vivo. We would like to exploit these findings to modulate immune responses in the treatment of infection, cancer, and autoimmunity.

After receiving an M.S. from the Medical College of Virginia, VCU, for studies of Drosophila genetics, Dr. Fowlkes conducted cancer research at the National Cancer Institute (NCI) and immunology research at NIAID prior to receiving her Ph.D. for studies of thymocyte differentiation at George Washington University. She joined the Laboratory of Cellular and Molecular Immunology (LCMI) in 1987, was tenured as a senior investigator in 1990, and became chief of the T-Cell Development Section (TCDS) in 1992. In 2013, she joined the Laboratory of Immunology (LI).

Dr. Fowlkes organizes a Foundation for Advanced Education in the Sciences (FAES) graduate immunology course and lectures in this and several other immunology courses at NIH and at local universities. In 1999, she was appointed adjunct professor of genetics and of microbiology/immunology at the George Washington University. Dr. Fowlkes has been on the admissions board for the NIH Oxford-Cambridge Scholars Program since 2001 and is currently serving as a class dean. She served as member and/or chair of several American Association of Immunology (AAI) committees and the NIH Immunology Interest Group steering committee. Dr. Fowlkes has been appointed to numerous editorial and scientific advisory boards and served as scientific editor for Immunity from 2003 to 2007. She is the recipient of a Roche Basic Science Award, NIH Merit Award, Journal of Immunology Pillar Award, and an AAI Investigator Award for Outstanding Contributions to Immunology.