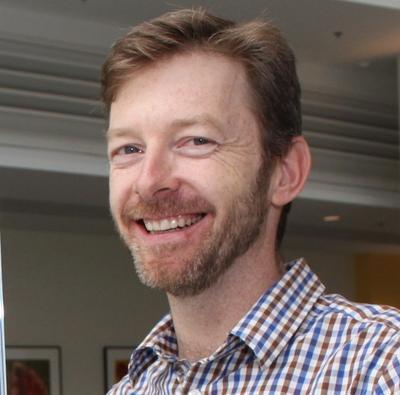 Research in Dr. Conway's lab aims to understand the normal brain processes by which physical signals that impinge on the sensory apparatus (eyes, ears) are transformed into perceptions, thoughts, and actions. Work in the lab has been especially invested in developing color as a model system. The advantage of color is that its physical basis (wavelength) is well characterized, yet these chromatic signals support not only low-level visual abilities such as color matching but also high-level cognitive processes such as categorization, memory, social cognition, and emotion. This variety of phenomena provides a rich opportunity for investigating the full scope of perceptual and cognitive computations that make human vision such an important source of information about the world. The lab uses many research techniques, including psychophysics and non-invasive brain imaging (MRI, MEG) in humans, along with fMRI-guided microelectrode recording, fMRI-guided pharmacological blockade, microstimulation, tract-tracing, and computational modeling in non-human primates (NHPs). Work in the lab is organized around three broad approaches: First, the use of MRI in humans and NHPs to investigate homologies of brain anatomy and function between these species, to support the applicability of neurophysiology from NHPs to the human case, and to test hypotheses about the fundamental organizational plan of the cerebral cortex in the primate; second, the use of microelectrode recording in NHPs to show on a mechanistic level how populations of neurons drive behaviors such as perceptual decisions and categorization; And third, comparative psychophysical studies in humans and NHPs, as part of a program of neuroethology to understand the relative computational goals of perception/cognition in different primate species. In addition to studies of vision, the lab conducts experiments using auditory and combined audio-visual stimuli, to understand common principles of sensory-cognitive information processing, and to determine how signals across the senses are integrated into a coherent experience.

Dr. Conway is a native of Zimbabwe and a transplant first to Canada, then to the USA. Conway completed undergraduate training in Biology at McGill University, a Masters of Medical Sciences at Harvard Medical School, a PhD in Neurobiology at Harvard University, and a Junior Fellowship in the Harvard Society of Fellows working with David Hubel. Conway has held positions at the Kathmandu University Medical School in Nepal where he served as the Director of Education for Physiology and Pathophysiology; at Harvard Medical School as a Lecturer on Neurobiology; at Wellesley College as Associate Professor of Neuroscience; and at M.I.T. as Principal Research Scientist. Conway has received fellowships from the Alexander von Humboldt Foundation at the University of Bremen and the Radcliffe Institute for Advanced Study at Harvard. Prior to joining the LSR in 2016, Conway's lab was supported by extramural grants from the Whitehall Foundation, the National Science Foundation, and the National Institutes of Health. Outside of his NIH responsibilities, Conway is an active artist with a studio in Washington D.C.