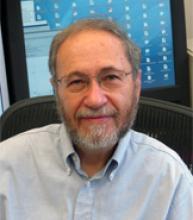 The goals are to determine the mechanisms used by viruses to infect cells, express and replicate their genomes, assemble infectious particles, and evade the host immune response. Basic information obtained from these studies is used to design antiviral agents and live and subunit recombinant vaccines. In addition, viruses are engineered as expression vectors for biotechnology.

Poxviruses have provided unique opportunities to combine molecular, genetic, microscopic, and immunologic approaches to achieve many of the above goals. Recent studies have also been directed to the characterization and testing of candidate vaccines for human and simian immunodeficiency viruses.

Virions—containing a double-stranded DNA genome, enzymes, and transcription factors—attach to cells and fuse with the cell membrane, releasing cores into the cytoplasm. The cores synthesize early mRNAs that are translated into a variety of proteins, including growth factors, immune defense molecules, enzymes, and factors for DNA replication and intermediate transcription. Uncoating occurs, and the DNA is replicated to form concatemeric molecules. Intermediate genes in the progeny DNA are transcribed, and the mRNAs are translated to form late transcription factors. The late genes are transcribed and the mRNAs are translated to form virion structural proteins, enzymes, and early transcription factors. Assembly begins with the formation of discrete membrane structures. The concatemeric DNA intermediates are resolved into unit genomes and packaged in immature virions. Maturation proceeds to the formation of infectious intracellular mature virions (MVs). The virions are wrapped by modified trans-Golgi and endosomal cisternae, and the wrapped virions (WVs) are transported to the periphery of the cell via microtubules. Fusion of the wrapped virions with the plasma membrane results in release of extracellular enveloped virions (EVs).

Dr. Moss received his M.D. from the New York University School of Medicine, interned at the Children's Hospital Medical Center (Boston), and then earned a Ph.D. in biochemistry from the Massachusetts Institute of Technology. He became interested in viruses after joining NIH and is well known for studies on the cap structure of mRNAs, regulation of gene expression, replication cycle of poxviruses, virus defense molecules, and development and application of virus vectors.

Dr. Moss has received numerous awards and prizes, including the Dickson Prize for Medical Research, the Invitrogen Eukaryotic Expression Award, the ICN International Prize in Virology, the Taylor International Prize in Medicine, the Bristol-Myers Squibb Award for Distinguished Achievement in Infectious Disease Research, and the International Poxvirus, Asfarvirus and Iridovirus Lifetime Achievement Award. He was elected to the National Academy of Sciences, American Academy of Microbiology, Fellow of the American Association for the Advancement of Science, and president of the American Society for Virology.

Dr. Moss is currently an editor of Virology and a member of the editorial boards of the Journal of Virology, AIDS Research and Human Retroviruses, Current Opinion in Biotechnology, Advances in Virus Research, and the NIH Catalyst. He is an adjunct professor at George Washington University and the University of Maryland.