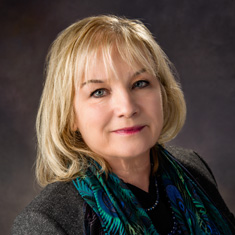 Our work focuses on the use of DNA-based vaccine strategies both as preventive and immunotherapeutic approaches. We have generated efficient SIV and HIV DNA expression vectors. This work is based on our previous recognition that RNA elements (called INS) present within the gag/pol and env coding regions of HIV are responsible for nuclear retention and instability of the transcripts in the absence of Rev, and that these elements can be eliminated by changing the nucleotide composition of the transcripts (RNA optimization; also referred to as codon optimization) without affecting the amino acid sequence. The immunogencity of the antigens was further improved by modifying the trafficking of the antigens. The introduced modifications of the proteins led to more efficient secretion of the SIV antigens resulting in increased cellular and humoral immune responses in the vaccinated mice or rhesus macaques. Different delivery methods of the HIV/SIV pDNAs are being tested that include in vivo electroporation and liposomes.

Using DNA-only vaccination, we found that our optimized DNA vaccine vectors are able to induce potent immune responses able to protect from high viremia in the rhesus macaque/SIV challenge model. We reported that in vivo electroporation dramatically increased the efficiency of DNA delivery in both SIV experienced and ART-treated naive rhesus macaques, leading to greatly augmented antigen expression. We found that this vaccination method results in enhanced immune responses with a high frequency of circulating SIV-specific T cells, the presence of multifunctional T cells, and induction of both effector memory and central memory CD4 and CD8 SIV-specific T cells. We reported that the inclusion of IL-12 DNA as adjuvant led to improved quality of the responses. In addition to systemic immune responses, the use of this improved DNA vaccination methodology also induced mucosal responses, albeit only to a subgroup of animals. Although DNA electroporation provides a strong humoral immune response including neutralizing Ab development in macaques, we reported that a protein boost can induce higher levels of Ab. Importantly, we found that coinjection of DNA and protein either unadjuvanted or adjuvanted in the same muscle at the same time increased Ab production and mucosal dissemination. DNA&Protein co-immunization is superior to vaccination with either of the two individual components in eliciting humoral immune responses. Importantly, the vaccine regimen also induced potent long-lasting humoral immunity, detectable for >4 years after the last vaccination. Challenge of animals, which received such optimized vaccination regimens, showed a significant delay in virus acquisition and improvement in virological control of the highly pathogenic SIV challenge. Thus, efficient DNA delivery methods in combination with improved DNA vaccine cocktails and the inclusion of protein in the vaccine regimen resulted in greatly augmented and more balanced immune responses in vaccinated rhesus macaques. We reported a correlation of systemic and mucosal immune responses and virus acquisition as well as a correlation of cytotoxic cellular immune responses with virus control.

Another important aspect of HIV vaccine development is the selection of the antigens, which has to take into consideration the diversity of the different HIV clades and the identification of the critical epitopes able to induce relevant immune responses. We are working on optimizing antigens using approaches that use a conserved epitope approaches, aiming to design and test vaccine that could induce cross-clade specific immune responses. Novel DNA vaccines were developed to express different variants of HIV-1 Conserved Elements (CE). The molecules were tested upon transfection and in vaccinated mice. The most successful candidates were tested in macaques. Macaques were immunized by IM injection followed by electroporation with DNA plasmids expressing CE or complete immunogens, alone or in heterologous prime-boost regimens. Immune responses elicited by CE from HIV gag were compared to those obtained upon vaccination with DNA expressing the complete antigens. The macaques vaccinated with CE pDNA developed robust CE-specific cytotoxic T cells (Granzyme B+, CD107+). In contrast, upon vaccination with DNA encoding the complete antigen CE-specific T cells were found only in ~50% of animals vaccinated and these responses targeted fewer CE per animal. Importantly, boosting CE-primed macaques with DNA expressing full-length antigen increased both magnitude and breadth of the CE responses. This strategy resulted in change of the hierarchy of immune responses and allowed the development of responses against subdominant epitopes. Inclusion of a conserved element immunogen provides a novel and effective strategy to broaden responses against highly diverse pathogens by avoiding decoy epitopes, while focusing responses to critical viral elements for which few escape pathways exist.

Our research focuses on the regulation of gene expression, in particular the mechanisms controlling cellular and viral mRNA expression, and on the development of DNA vectors for vaccine and immunotherapy. Analyses of retroviral regulatory systems, pioneered by research on HIV-1, have shed light into important aspects of nuclear mRNA export and provided critical insights into mechanisms governing cellular mRNA and protein transport. Retroviral model systems, and in particular the regulation of HIV-1, have led to major discoveries in the field of mRNA metabolism. HIV-1 Rev was the first identified viral mRNA export factor, and its discovery was instrumental in the discovery of molecular mechanisms mediating posttranscriptional control of gene expression as well as our development of methods to increase the expression of viral proteins, i.e. development of RNA optimization (also referred to as codon optimization), which is presently a key technology for many gene therapy applications, including HIV vaccines and cytokine vectors. The study of Rev also prompted us to derive the concept that all retroviruses/retroelements use posttranscriptional control mechanisms essential for their replication. These controls require a combination of viral RNA elements and cellular/viral factors able to efficiently link the viral mRNA to the nuclear export pathways and to promote translation. The study of retrovirus/retroelement export has provided important tools to understand essential and complex steps in cellular gene expression. This strategy resulted in our past identification and characterization of NXF1, which is the key nuclear receptor for the export of cellular mRNAs and its cofactor the RNA binding motif 15 (RBM15) protein and its related RBM15b/OTT3, both members of the SPEN family. RBM15 provides the missing link for nuclear translocation, since it binds to both DBP5 and NXF1 and thus, it acts as molecular link to the NXF1 export pathway. Both NXF1 and RBM15 are essential cellular proteins. We identified the mRNA export requirement of the simian type D retroviral transcript, which is mediated by the cis-acting RNA export element (CTE) present in SRV/D related retroviruses and in some murine LTR-retroelements, and its binding partner, the cellular protein NXF1, and is essential for the expression and mobility of these retroviruses. We also identified that the expression and mobility of a different subclasses of murine LTR-retroelements (IAP, musD) depends on the presence of a distinct cis-acting RNA transport element, RTE or MTE, which act like CTE but does not share its sequence or structural features. We recently reported that, similar to the other retroviruses, gag gene expression of MuLV and XMRV depends on post-transcriptional regulation mediated via an RNA sequence overlapping the pro-pol open reading frame, termed the Post-Transcriptional Element (PTE). With the addition of the PTE element from gammaretroviruses, RNA regulatory elements have now been identified in every member of the retrovirus family. While typically spanning a couple of hundred nucleotides and being highly structured, these RNA export elements surprisingly share no conservation in sequence or location. Despite this, all are essential for providing efficient post-transcriptional regulation. While complex retroviruses also encode the viral posttranscriptional regulatory trans-factors to mediate export and expression of the transcript upon interaction with the nuclear receptor CRM1, simple retroviruses and retroelements depend solely on cellular factors and interaction with the NXF1 nuclear receptor, which was also shown to be essential for the export of cellular RNAs. Thus, NXF1 is also the key export receptor shared among simple retroviruses and retroelements. Thus, despite a complex evolutionary history, retroelements/retroviruses share a dependency on posttranscriptional regulation, but the detailed molecular mechanisms are distinct. Posttranscriptional regulation is also key to control the production of viruses such as the Kaposi's sarcoma-associated herpesvirus (KSHV) and is exerted via ORF57, which promotes the accumulation of specific KSHV mRNA targets, including ORF59 mRNA. We found that the RBM15 and OTT3 participate in ORF57-enhanced expression of KSHV ORF59 and provide a link to the NXF export pathway, a conserved interaction among different herpes family members. We recently demonstrated that ORF57, although very capable of promoting expression of many KSHV genes, is not able to provide RNA export function. Although not a bona fide export factor, ORF57, like the related proteins of other herpes viruses, plays a critical role in the posttranscriptional regulation of many viral genes and remains essential for the virus production. Thus, retroelements, retroviruses and virus like the Herpes virus family, share the same basic concepts of posttranscriptional regulation. Together, comparative studies of different viral models provide unique tools to address the complex network of molecular steps controlling viral and cellular mRNA expression and this has led to major discoveries on the factors regulating cellular nuclear export mechanisms.

We also studied regulation of expression of some cytokine genes, which have practical applications for cancer immunotherapy and as molecular adjuvant for DNA vaccine regimens. The use of cytokine DNAs (IL-12 and IL-15) as molecular vaccine adjuvants was found to improve the quantity and alter the quality of the immune responses. To optimally use these cytokines, we are studying their regulation and have found that IL-15/IL-15Ra as well as the IL-12 cytokine family use similar highly regulated steps posttranscriptional and posttranslational regulation strategies. To use IL-12 DNA to its full potential, we studied the biology of this glycosylated 70 kDa heterodimeric cytokine to maximize cytokine production. Although the production of each subunit is independently regulated, coexpression of both molecules in the same cell is essential to form biologically active heterodimer. Prompted by our findings on the critical intracellular regulatory step of IL-15 and IL15Ra cross-stabilization, we investigated the posttranscriptional regulation and interaction of the p35 and p40 subunits leading to optimal IL-12p70 production. Investigating molecular steps controlling IL-12p70 biosynthesis, we found that the combination of RNA-optimized gene sequences, and importantly, fine-tuning of the relative expression levels of the two subunits within a cell resulted in a ~1 log increased production of the IL-12p70 heterodimer. Importantly, we discovered that the p40 subunit plays a critical role in enhancing the p35 stability and promoting its intracellular trafficking, through the trans-Golgi network, resulting in formation of a stable, efficiently secreted IL-12p70 complex. Based on these observations, dual expression plasmids for IL-12p70 were designed to obtain favorable relative levels of the two subunits and optimal IL-12 expression. Our expression-optimized human IL-12 DNA showed higher cytokine production compared to DNAs expressing the native sequences that are currently employed in clinical trials. These optimized cytokine DNAs provide important molecular tools to be tested as molecular adjuvants in vaccine and in cancer immunotherapy, with promising future translational applications.

Dr. Felber received her Ph.D. in molecular biology from the University of Bern, Switzerland. After carrying out postdoctoral studies in the Laboratory of Biochemistry, NCI Bethesda, she joined the Molecular Mechanisms of Carcinogenesis Laboratory, the NCI contract Basic Research Program, in 1985. In 1990, Dr. Felber established the Human Retrovirus Pathogenesis Group. In 1998, Dr. Felber received her tenure appointment and, in 1999, she joined the Center for Cancer Research, NCI. Her work focuses on the posttranscriptional mechanisms of gene regulation, use of cytokines in cancer and AIDS,and the development of DNA-based HIV vaccines.