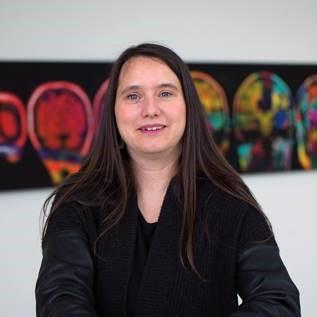 Cells depend on the asymmetric distribution of their components for homeostasis, differentiation and movement. In no other cell type is this requirement more critical than in the neuron where complex structures are generated during process growth and elaboration and cargo is transported over distances several thousand times the cell body diameter. Microtubules act both as dynamic structural elements and as tracks for intracellular transport. Microtubules are mosaic polymers containing multiple tubulin isoforms functionalized with abundant posttranslational modifications that are asymmetrically distributed in neurons. An increasing body of evidence supports the hypothesis that the combinatorial information expressed through tubulin genetic and chemical diversity controls microtubule dynamics, mechanics and interactions with microtubule effectors and thus constitutes a 'tubulin code'. Disruption of tubulin modification levels and patterns leads to cancers, neuropathologies and defective axonal regeneration. Although discovered over thirty years ago, an understanding of the roles of the genetic and chemical complexity of microtubules has remained elusive.  My laboratory aims to understand (i) the biochemical mechanisms of tubulin modification enzymes and how the complex patterns of tubulin posttranslational modifications observed in cells are generated by these enzyme families  (ii) the effects of tubulin posttranslational modifications on the basic properties of the microtubule polymer: its mechanical properties and dynamics and (iii) the effects of tubulin modifications on the recruitment and function of cellular effectors. We take a multifaceted experimental approach to answer these questions integrating structural biology and classic enzymology with single molecule biophysics, live cell imaging and modeling

Dr. Roll-Mecak is the Senior Investigator and Chief of the Unit of Cell Biology and Biophysics at the National Institutes of Health. She holds appointments in the NINDS as well as the Biophysics Center of the National Heart, Lung and Blood Institute. She is a native of Romania and received her undergraduate degree in Chemical Engineering from The Cooper Union in New York City. She received her Ph.D. in Molecular Biophysics from the Rockefeller University where she worked on the structure and mechanism of the two translation initiation GTPases essential for assembling an 80S ribosome primed for protein synthesis. As a Damon Runyon postdoctoral fellow with Ron Vale at the University of California, San Francisco she identified a new microtubule-severing enzyme. She joined the National Institutes of Health in 2010. Her research program is dedicated to understanding how the genetic (isoform variation) and chemical diversity (posttranslational modifications) of tubulin regulates the dynamics and mechanical properties of microtubules and constitutes a code that is interpreted by microtubule based motors and associated proteins, i.e. a “tubulin code”. Dr. Roll-Mecak is the recipient of several awards, including a Burroughs Wellcome Career Award, a Pathway to Independence Award from the NIH, a Searle Scholar Award, the 2015 Margaret Dayhoff Award from the Biophysical Society, the 2016 Emerging Leader Prize from the American Society for Cell Biology and was the 2017 Keith R. Porter fellow.