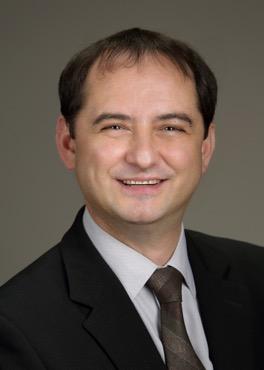 Office of the Scientific Director

A hallmark of our team science approach is our extensive network of collaborations. In the last several years we have engaged in over 85 worldwide collaborations comprising more than 90 distinct projects spanning multiple areas of human biology, including cancer, cancer metastasis and metabolism, inflammation, epigenetics, antibacterial agents, general anesthetics, antiviral agents, antimalarials, trypanosomal and worm infections, diabetes, neuroprotection, rare and neglected diseases. The unifying theme of these diverse projects is to investigate biological targets and pathways, and expand the druggable genome. A large number of these projects resulted in assays or small molecule probes designed to validate novel therapeutic targets previously unaddressed through pharmacological intervention. Further, in partnering with medicinal chemists and cheminformaticians, we developed and delivered into the public domain several dozen potent and selective small molecule modulators of the above targets and pathways.

A notable area of emphasis for our team is development of assays and small molecule probes to illuminate the “dark matter” of the genome. To open up the field of epigenetic drug discovery, we developed new miniaturized assays for all major categories of proteins involved in signaling events coupled to histone posttranslational modifications (referred to as the histone code): the histone demethylase and methyltransferase enzymes, and the multiple protein-protein interactions involving reader domains. The methods served as starting points for more than a dozen in-house screening campaigns, were published in several journals, and were adopted by numerous labs throughout the world, as well as by reagent companies who in turn developed several dozen distinct assay kits. Similarly, we developed assays for several gene families involved in DNA repair: RECQ-family helicases, apurinic/apyrimidinic endonuclease, flap-endonuclease, and translesion polymerases. The suite of novel assays developed through these efforts in turn enabled the discovery of the first small molecule tool compounds targeting these poorly understood proteins. Another area of emphasis has been the development of assays and probes to target protein-protein and protein-DNA interactions. Protein-protein interactions (PPI) and the related protein-DNA interactions have traditionally been regarded as undruggable and very difficult to study. To address this barrier, we worked to develop a multitude of highly miniaturized screening assays to target PPI, by judicious use of fluorescence polarization, chemiluminescence, color-multiplexing, microscale thermophoresis, and other techniques. The resulting assays have been deployed in more than a dozen screening campaigns and have resulted in the identification of several first-in-class small molecule modulators of this target class long viewed as undruggable. Examples of small molecules modulating PPIs discovered include inhibitors of the AMA1-RON2 interaction, a key PPI responsible for committing the Plasmodium parasite to invading a red blood cell; a modulator of the interaction of the transcriptional regulator FOXM1 with its target DNA sequence; and a disruptor of the NPM1-APE1 interaction responsible for the nucleolar translocation of the major apurinic/apyrimidinic endonuclease APE1 to effect DNA repair. Current projects include:

Simeonov is the scientific director at NCATS and heads the Center’s Division of Pre-Clinical Innovation. In his role as scientific director, he leads the Center’s intramural research and related initiatives. Watch a video about NCATS laboratories to learn more. An author or inventor of more than 150 peer-reviewed scientific publications and patents, Simeonov has a truly diverse background, ranging from bioorganic chemistry and molecular biology to clinical diagnostic research and development. He received a Ph.D. in bioorganic chemistry from the University of Southern California and a B.A. in chemistry from Concordia College. Simeonov then trained as a postdoctoral fellow at the Scripps Research Institute under Richard Lerner, M.D., and Kim Janda, Ph.D.

Prior to joining NIH in November 2004, Simeonov was a senior scientist at Caliper Life Sciences, a leading developer of microfluidic technologies, where he was responsible for basic research on novel assay methodologies and the development of microfluidic products for research and clinical diagnostics. Simeonov is a literature editor of ASSAY and Drug Development Technologies and a member of the editorial boards of Expert Opinion on Drug Discovery and Drug Target Review.