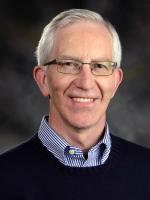 GLIS1-3 Transcription Factors: Study of Their Transcriptional Activity, Physiological Functions, and Roles in Disease
The GLI-Similar 1-3 (GLIS1-3) proteins form a subfamily of Krüppel-like zinc finger transcription factors discovered by our laboratory. They can function as activators or repressors of gene transcription by interacting with G-rich GLIS binding sites (GLISBS) in the promoter of target genes. GLIS2/3 transcriptional activity appears to be controlled by primary cilium-associated signaling pathways. GLIS proteins regulate gene transcription in coordination with other transcription factors. GLIS3 plays a critical role in the regulation of many biological processes and several diseases that are major global health concerns. We demonstrated that GLIS3 is essential for the generation of pancreatic beta cells and insulin gene transcription, thyroid hormone biosynthesis, early spermatogenesis, and the maintenance of normal kidney functions. GLIS3 promotes differentiation of human pluripotent stem cells (hPSCs) into posterior neural progenitor cells by activating WNT3A transcription. In humans and mice, GLIS3 deficiency causes neonatal diabetes, congenital hypothyroidism, glaucoma, inflammation, fibrosis, neurological disorders, male infertility, and polycystic cystic kidney disease. Loss of GLIS2 function causes nephronophthisis, a cystic renal disease, that is characterized by renal atrophy, fibrosis, and inflammation. GLIS2 regulates stem cell renewal and is implicated in metabolic syndrome, leukemia, and breast cancer. GLIS1 is a critical regulator of intraocular pressure and has been implicated in glaucoma and cancer. To obtain further insights into their regulation of gene transcription and biological functions of GLIS proteins, our current research is focusing on identifying the role of GLIS1-3 in the regulation of cell-type specific functions and chromatin structure using single cell sequencing and ATAC-Seq, and cell type-specific knockout and overexpression of GLIS1-3 in mice. Our studies suggest that GLIS1-3 pathways might provide novel therapeutic targets in the management of multiple diseases.

ROR Nuclear Receptor Signaling: Mechanism of Action, Physiological Functions, Roles in Disease, and Potential Therapy
The research in this project is focusing on the study of the retinoic acid-related orphan receptors RORα and RORγ, the latter of which was discovered by our laboratory. RORs regulate transcription by binding as monomers to ROR response elements (ROREs) consisting of the RGGTCA consensus, in the regulatory regions of target genes. RORs act as ligand-dependent transcription factors. A series of sterol metabolites bind RORs and function as agonists or inverse agonists modulating either positively or negatively ROR transcriptional activity and consequently physiological processes regulated by RORs. RORs play a critical role in the regulation of many physiological processes, including embryonic development, immunity, various metabolic pathways, and neural processes, and are relevant to an increasing number of pathologies, including autoimmune disease, metabolic syndrome, cancer, and various neurological disorders. Thus, RORγ inverse agonists might be useful in the management of several inflammatory and endocrine disorders.

Dr. Anton Jetten received his Ph.D in Microbiology from the University of Nijmegen, The Netherlands. Following postdoctoral fellowships at the Massachusetts Institute of Technology and the Roche Institute of Molecular Biology, Dr. Jetten joined the NCI in 1980 and the NIEHS in 1982 as principal investigator. He is Deputy Chief of the Immunity, Inflammation, and Disease Laboratory and Head of the Cell Biology Group. His research has been focusing on the study of the mechanisms of action and the physiological functions of members of the GLI-similar (GLIS) transcription factor and retinoic acid-related orphan receptor (ROR) subfamilies, and their roles in disease, including metabolic syndrome, diabetes, cystic kidney and inflammatory diseases, and cancer. Dr. Jetten has published over 320 papers, to date, in scientific journals.

This page was last updated on Wednesday, December 15, 2021