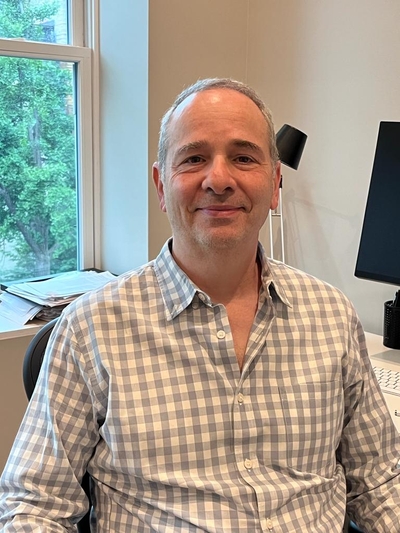 Genomic instability is a hallmark of cancer. Central to a cell's ability to maintain genomic stability are systems that monitor and repair DNA double strand breaks (DSBs). DSBs occur during normal DNA replication, in response to chemotherapeutic agents, and during physiological reactions including meiotic recombination in germ cells and antigen receptor rearrangements in lymphocytes. If not rapidly and faithfully repaired, DSBs can also be substrates for aberrant chromosomal translocations, which promote cancer.

One aim of the previous proposal was to gain a better mechanistic understanding of the interplay between DNA damage detection and signaling in vivo. To this end, we determined the biological impact of impaired Nbs1 function at the cellular and organismal level, we gained a better mechanistic understanding of the pathways that activate ATM, we discovered that ATM prevents un-repaired DNA breaks from propagating from one generation to the next, we found that replicative stress mediated by the ATR kinase contributes to aging and we described a DNA-Pkcs dependent pathway that regulates DNA repair and activation of p53 in the absence of ATM. One major current effort is to study the interplay between NHEJ, HR and cell cycle checkpoints in maintaining genomic stability.

Activation induced cytodine deaminase (AID) is an enzyme that is essential for somatic hypermutation and class-switching. In 2005, we devised a method to monitor chromosome translocations between c-myc and IgH in vitro. We then performed a series of studies aimed at understanding pathways that normally survey and protect against AID-dependent DNA damage: First, we determined that the catalytic activity of AID is required for generation of c-myc/IgH translocations, we then showed that AID is required for the chromosomal breaks in c-myc, and that AID in fact produces DSBs in many non-Ig genes, which in turn promote B cell lymphomagenesis. During the course of these studies we also described DNA damage- and oncogenic stress-induced checkpoints that protect against AID-dependent DNA damage. One of the earliest responses to AID induced damage is the formation of nuclear foci of 53BP1. Besides playing an essential role in CSR, we discovered a more general function for 53BP1 in maintaining genomic stability during long-range joining of DNA breaks. Although 53BP1 is a tumor suppressor, we found that the embryonic lethality and tumorigenesis induced by Brca1 mutation can be alleviated by 53BP1 deletion. One major current effort is to understand the mechanism by which loss of 53BP1 prevents translocations and tumorigenesis in Brca1 mutant cells and regulates class switching.

Another important challenge is to understand the effects of chromatin on DNA repair, and how this 'chromatin barrier' is relieved to enable DSB repair. In 2005, we devised a sensitive method to examine the changes in chromatin structure in living cells at sites of DSBs. We discovered that while DSBs remain relatively immobile over time, chromatin undergoes a marked reorganization (decondensation) in response to DSB. More recently, we have been studying the chromatin changes critical for immunogloblulin class switch recombination (CSR). We have discovered that a component of the histone methyltransferase complex called PTIP is essential for CSR by promoting histone H3 lysine 4 tri-methylation and transcription of switch regions. In AIM 3, we propose to further investigate the relationship between histone methylation, transcription and DNA repair during antigen receptor rearrangements.

An unbiased and genome-wide approach that maps DNA double-strand breaks (DSBs) with precision and sensitivity. END-seq provides a snapshot of DNA ends genome-wide, which can be utilized for understanding genome-editing specificities and the influence of chromatin on a variety of physiological and pathological processes.

Synthesis Associated with Repair sequencing - a method to map sites of DNA repair synthesis by sequencing.

When the break is just around the loop

Inside the nucleus, DNA is packed in highly complex structures that help to control which genes are on and off each time. In this video abstract, we explain how this intricate architecture makes specific DNA sites more susceptible to breaks that, if not properly fixed, can lead to cancer.

Dr. Nussenzweig received his Ph.D. in Physics from Yale University in 1989. He completed his postdoctoral training in atomic physics in Paris with Dr. Serge Haroche, who was awarded the Nobel prize in Physics in 2012. Subsequently, Dr. Nussenzweig became a Research Fellow at Memorial Sloan-Kettering Cancer Center prior to joining the Experimental Immunology Branch as a tenure track investigator in 1998. Dr. Nussenzweig received tenure at NIH in 2003. In 2011, Dr. Nussenzweig established a new department at NCI called the Laboratory of Genome Integrity. Dr. Nussenzweig is an elected member of the European Molecular Biology Organization, a National Institutes of Health Distinguished Investigator and a 2019 inductee into the US National Academy of Medicine.

This page was last updated on Wednesday, December 21, 2022