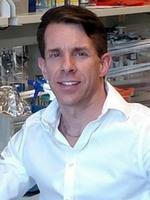 Genetic correction of HSCs. Autologous transplantation of genetically modified HSCs offers a potentially curative treatment for inherited blood disorders, such as bone marrow failure syndromes and immuno-deficiencies. This approach has been successfully employed in recent years using modified viral vectors to express functional copies of the affected gene in HSCs. A clinical trial using this approach, known as gene addition therapy, is under development in Dr. Larochelle’s group for the treatment of leukocyte adhesion deficiency (LAD). A first-in-human gene transfer vector based on foamy viruses has shown enhanced safety in pre-clinical studies compared to other viral vectors and will be employed in this trial. In recent years, transformative advances have emerged to precisely manipulate cellular genomes and correct mutations. These approaches, known as genome editing therapies, include a range of nuclease systems that can target, cleave, and repair specific genomic sequences at sites of inherited disease-generating mutations. The CRISPR/Cas9 system potentially offers the greatest flexibility for genome editing because of its striking efficiency. Dr. Larochelle’s group is developing and optimizing this technology for the genetic correction of human HSCs and pluripotent stem cells.

Expansion of HSCs. Due to low efficiency of gene correction of current genome editing protocols and because sufficient autologous HSCs for genetic modification are unavailable in patients with bone marrow failure syndromes, clinical application of this technology depends on our ability to efficiently expand HSCs prior to and following genetic correction to allow sufficient numbers of HSCs for transplantation. Yet, currently employed ex vivo culture systems fail to efficiently expand adult HSCs. The inability to expand adult HSCs ex vivo is due in part to the inability of current culture systems to recapitulate the complex and often non-discrete signaling components of the microenvironment. A programmable 3-dimensional (3D) silk scaffold that mimics the bone marrow niche in several ways, such as extracellular matrix composition, topography, shear force, elasticity and hypoxic conditions, is being developed in Dr. Larochelle’s lab for the maintenance and expansion of HSCs by systematically investigating various combinations of known microenvironmental cues and in combination with novel signaling identified in the context of ongoing studies, including Notch signaling, hypoxia, epigenetic modifiers (DNMT3A, Tet2), angiogenin, and signaling pathways induced by small molecules (e.g. Eltrombopag, UM729).

Derivation of HSCs from pluripotent stem cells. With the development of induced pluripotent stem cells (iPSCs) technologies via transient expression of embryonic stem cell (ESC) transcription factors in somatic cells emerged the concept of generating iPSCs from an individual patient, correcting the genetic defect3 using genome editing approaches (e.g. CRISPR/Cas9), and differentiating the disease-free iPSCs into transplantable HSCs. The ability to generate an endless supply of matched, tailor-made HSCs for autologous transplantation would be a revolution in clinical hematology. However, despite significant advances toward clinical applications, protocols to derive HSCs from iPSCs are inefficient at producing functional HSCs required for clinical applications. Dr. Larochelle’s group is currently investigating a scalable culture system for hematopoietic differentiation of human iPSCs derived from normal individuals and subjects with inherited blood disorders. Single cell transcriptome comparison of bona fide HSCs and hematopoietic cells generated using this culture system will allow the identification of essential genetic programs that current differentiation protocols fail to activate. Ultimately, these studies will lead to optimized methodologies for the generation of definitive human HSCs with high-level, multilineage, long-term, hematopoietic reconstitution for therapeutic applications.

Andre Larochelle earned a B.Sc. and M.Sc. in biochemistry from the University of Sherbrooke in 1990 and 1992, respectively, a Ph.D. in molecular and medical genetics from University of Toronto in 1996, and a M.D. from McMaster University in 1999. He subsequently completed his internal medicine internship and residency at the Mayo Clinic in 2002, and his hematology fellowship training at the NHLBI in 2004. Dr. Larochelle then carried out post-doctoral training at the NHLBI with Dr. Cynthia Dunbar. He was then promoted to staff clinician in the NHLBI Hematology Branch in 2007 and tenure track Investigator in 2013. Dr. Larochelle also serves as an attending physician in the hematopoietic stem cell transplant inpatient service at the NIH Clinical Center. Dr. Larochelle has authored numerous peer-reviewed scientific and review articles, book chapters, and has given several invited lectures and presentations about his work. He is a member of the American Society of Hematology. He is recipient of the 2016 Presidential Early Career Awards for Scientists and Engineers (PECASE), the highest honor bestowed by the United States Government on science and engineering professionals in the early stages of their independent research careers.

This page was last updated on Saturday, September 4, 2021