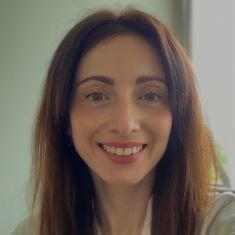 2. Advancement of a radiogenomic and multiparametric diffusion-weighted MRI model for high-grade glioma

Our goal is to develop and advance machine learning algorithms to assist diagnosis and to investigate biological behavior, treatment response, patterns of failure and biological optimization of radiation therapy targeting. The focus will be to identify radiographic “signatures” for tumor progression in patients with gliomas.

Based on a proof of concept pipeline generated in previous work, ongoing efforts will aim to incorporate spatial and radiation dosimetry data and more sophisticated statistical tool sets into existing and emerging work flows.

4. Molecular characterization and management of patients with a diagnosis of glioma – generation of prognostic algorithms to optimize management and outcomes and to examine ongoing patterns of practice

This involves examination of areas of controversy in the clinic and exploration of differences of availability and timely access to molecular characterization nationally and internationally. To acquire a better understanding of current practices and how they are captured in large-scale data sets, current research involves ongoing data acquisition to identify patterns observed in North America and internationally.

5. Re-irradiation as treatment option for patients with recurrent high-grade glioma

Protocol ongoing: “Dose Escalation Trial of Re-irradiation in Good Prognosis Recurrent Glioblastoma”
Open to accrual as of March 2016. PI: Dr. Andra Krauze (transferred to Dr. K. Camphausen post July 2017). NCT02709226. Data has been collected and analysis is ongoing. This remains a controversial area in the approach to management in patients with recurrent glioma.

Dr. Krauze completed an undergraduate honors degree in biochemistry at the University of Calgary, followed by medical school and a radiation oncology residency at the University of Alberta. She then completed a clinical and research fellowship in central nervous system and genitourinary tumors at NCI and subsequently continued as staff clinician in the Radiation Oncology Branch.

At NCI, she has been involved with the Neuro-Oncology Branch, multiple multidisciplinary clinics, implementation of the high-dose rate brachytherapy program at NCI, NIH, and opening of a re-irradiation protocol for recurrent high-grade glioma. She has twice been awarded the NCI clinical educator award in radiation oncology.

In 2017, she relocated to British Columbia (BC), Canada where she held a clinical role and conducted academic research on computational approaches to spatial and non-spatial data employing BC Cancer Registry data across several tumor sites. She has considerable experience both as a clinician treating complex and rare malignancies and as an academic researcher and teacher.

In British Columbia she gathered and analyzed a wide range of large-scale data sets and developed clinical data analysis pipelines for computational analysis. She helped implement the stereotactic radiosurgery program, while advancing clinically driven research and teaching a new generation of learners at the University of British Columbia Faculty of Medicine and Dentistry.

In 2018 she was awarded a clinical research position at BC Cancer, part of Canada’s Provincial Health Services Authority, to develop an innovative multilayered research program centered on big data analysis in oncology. She received a grant from the Porte-Hungerford Neuro-Oncology Fund to develop an analysis platform for MRI in patients with central nervous system tumors.

Her ongoing research is aimed at leveraging and optimizing computational approaches towards personalizing treatment and improving outcomes for patients with cancer.