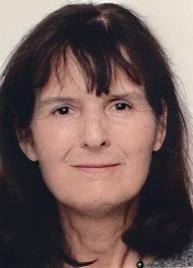 Papillomaviruses are small DNA viruses that persistently infect and replicate in stratified cutaneous and mucosal epithelia. Each papillomavirus type is species-specific and has a tropism for certain types of epithelia. In most cases, the resulting papillomas are benign, but infection with certain papillomavirus types can lead to the development of carcinomas. In fact, HPV is the cause of about 5% of human cancers.

The basal cells of stratified epithelia constantly divide to replenish the overlying differentiated cell layers. The viral DNA replicates and is maintained in these dividing basal cells as low copy, extrachromosomal circular DNA molecules. Viral genome amplification and synthesis of capsid proteins occurs only in the upper layers of the epithelium. Papillomavirus infections are usually long-lived, and the dividing basal cells provide a reservoir of infected cells for the overlying virus producing tissue. This strategy requires that the papillomaviruses have a faithful and robust mechanism to replicate and retain their extrachromosomal genomes in the nuclei of dividing cells.

Papillomaviruses have exploited interactions between virus and host chromatin at many stages of the viral life cycle. Viral DNA is targeted to beneficial regions of the host nucleus to ensure that the genomes are transcriptionally active and are not eliminated from the cell or repressed in heterochromatin. Viral genomes are tethered to specific regions of host mitotic chromosomes by the E2 protein to efficiently partition the viral genomes to daughter cells. Viral DNA replication also initiates at regions of host chromatin undergoing replication stress. Here the viral E1 and E2 proteins initiate a DNA damage response that recruits cellular DNA repair proteins to viral replication foci for efficient viral DNA synthesis.

This may explain why in HPV-associated cancers, viral genomes are often found integrated next to fragile sites in the host genome.

HPVs will only replicate in host keratinocytes and our studies are mostly carried out in primary human keratinocytes. In the course of these studies, we discovered that primary keratinocytes could be sustained in a conditionally proliferative state by culture in the presence of Rho kinase inhibitors. This discovery (Patent US8637310) has revolutionized the procurement and culture of primary cells. See a detailed protocol (p623).

A movie showing rapid increase in keratinocyte proliferation after the addition of Y-27632. Credit: NIAID

Dr. McBride received a B.Sc. Hons in molecular biology from the University of Glasgow, Scotland, and a Ph.D. in biochemistry from the Imperial Cancer Research Fund and Imperial College, England, studying Epstein-Barr virus. She began working on human and other papillomaviruses as a postdoctoral fellow in the National Cancer Institute and joined NIAID in 1994. She became a senior investigator in the Laboratory of Viral Diseases in 2000, and a section chief in 2001. Dr. McBride is also adjunct faculty, a member of the Virology Graduate Program at the University of Maryland, and co-director of the NIH-Georgetown University Partnership Program. She is a fellow, American Academy of Microbiology; section editor, PLOS Pathogens; editor, Current Protocols in Microbiology, and a member of the editorial board of Journal of Virology.