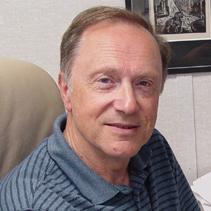 Our Section investigates the relationship between protein structure and function, mainly by the technique of high-resolution X-ray diffraction. Some of the areas of interest are directly involved in elucidating structural features of the molecules that could explain their importance to understanding cancer and AIDS, but we are also active in the development of methods for protein crystallography.

Crystallographic Studies of Proteases and Their Inhibitors

Crystallographic studies of proteases have been an important area of research of this Section since its establishment. We have been particularly active in the investigation of structure-function relationship in aspartic proteases, including clinically important retroviral enzymes. We have investigated structure-function relationship in retroviral proteases from several sources, such as HIV-1, FIV, RSV, EIAV, HTLV-1, and XMRV. Cockroach allergen Bla g 2 was shown to be an inactive aspartic protease and we solved its structure by itself, and in a complex with several specific antibodies. We have determined the structure of a unique histoaspartic protease, an enzyme with the pepsin fold, but a vastly different mechanism. We have been investigating serine-carboxyl peptidases (sedolisins), a family that was first characterized based on crystal structures solved in this laboratory and that is found in many different organisms.

We are also investigating the bacterial ATP-dependent protease Lon, having found that its proteolytic domain has a unique fold and thus establishes a new family of proteases with a Ser-Lys catalytic dyad. We have solved the structures of the proteolytic domain of A and B type Lon proteases, encoded by E. coli and Archaeoglobus fulgidus, as well as the N-terminal and α domains of E. coli Lon. We have been engaged in structural and biochemical studies of serine protease inhibitors EcTI,BbKI, and CrataBL, the latter being both an inhibitor and a lectin with potent anticancer properties.

Our Section has been investigating the crystal structures of several cytokines and their receptor complexes. We are focused on the cytokines that belong to the IL-10 family such as IL-19, IL-20, IL-22, IFN-λ1 and IFN-λ4, and on the receptors that are shared by the family members. We already solved crystal structures of IL-10 and IL-19, and of a complex of IFN-λ1 with IFN-λR1, whereas studies on other complexes are ongoing. We are also investigating the intracellular domains of the receptors complexed with JAK kinases.

We have been involved in studies of several lectins with antiviral activities, some of them used in pre-clinical trials as potential drugs preventing HIV infection. We have solved the structure of griffithsin, as free protein and complexed with a number of mono- and disaccharides, explaining the structural basis for its tight binding to branched mannose-rich carbohydrates. We have reengineered griffithsin into monomeric and tandemeric forms, the latter with enhanced antiviral activity. We have also solved the structure of another lectin, scytovirin, and are investigating its mode of carbohydrate binding.

Dr. Wlodawer received his Ph.D. from the University of California, Los Angeles, in 1974. Having completed his postdoctoral training at Stanford University, he joined the National Bureau of Standards in 1976, then moved to the ABL-Basic Research Program at the NCI-FCRDC in 1987. From October 1998 to March 1999, he was on sabbatical as an elected Visiting Fellow of Sidney Sussex College, University of Cambridge.

Dr. Wlodawer served as Chief of the former Macromolecular Crystallography Laboratory, CCR, NCI from 1999-2020. Dr. Wlodawer is an Adjunct Professor in the George Washington University Institute of Biomedical Sciences and Doctor Honoris Causa of the Technical University of Lodz, Poland. He was elected Foreign Member of the Polish Academy of Sciences in 2005, is a recipient of the 2006 NCI Mentor of Merit Award, and was awarded the Heyrovsky Honorary Medal by the Czech Academy of Sciences in 2008. He is a member of the American Crystallographic Association and was elected ACA Fellow in 2013. He has served as an Editor of the FEBS Journal since 2007, as an Associate Editor of FEBS OpenBio since 2011, and as Academic Editor of PLoS ONE since 2013. He also serves on the editorial board of Acta Biochimica Polonica.