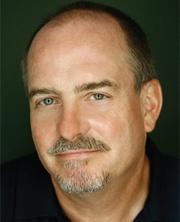 The goal of research in the Section on Nutrient Control of Gene Expression is to elucidate fundamental molecular mechanisms of eukaryotic gene regulation. Saccharomyces cerevisiae is employed as a model organism, allowing genetics, biochemistry, and structural biology to be combined in dissecting processes of gene transcription and mRNA translation crucial in living cells. Much work focuses on the general amino acid control, wherein amino acid biosynthetic genes in multiple pathways are induced by transcriptional activator Gcn4 in response to limitation for any amino acid. Gcn4 is one of the best-understood transcription factors regarding the structure of its activation domain, co-activator targets, and activation mechanism, its transcriptome, and pathways regulating its synthesis, function, and degradation. This knowledge, combined with the large battery of mutants, plasmids, and antibodies generated over the years, and new technologies based on next-generation sequencing, are being applied to dissect numerous aspects of transcriptional control of general importance in eukaryotic cells. Recent accomplishments of the group include the discovery of extensive cooperation among the chromatin remodeling complexes SWI/SNF, RSC, and Ino80C in evicting and repositioning promoter nucleosomes at highly expressed yeast genes, including those activated by Gcn4 in starved cells. They also showed that Ino80C acts in nucleosome eviction independently of its proposed function in replacing the specialized histone H2A.Z with conventional H2A in promoter nucleosomes. They discovered unexpectedly that most of the occupied Gcn4 binding sites in the yeast genome reside inside coding sequences rather than upstream of promoters; and that such non-canonical binding events frequently induce bidirectional transcription from within the coding sequences in addition to inducing the conventional full-length mRNA transcripts of the gene.

The pathway for inducing Gcn4 synthesis is also a focal point of research, as this represents one branch of a dual mechanism of translational control, conserved throughout eukaryotes, that is mobilized by nutrient starvation or stress to achieve both general and gene-specific changes in protein synthesis. The intricate mechanism governing GCN4 translation involves multiple initiation factors (eIFs) and a signaling pathway that attenuates the function of eIF2 in recruiting initiator methionyl tRNA (tRNAi) to the small (40S) ribosomal subunit, through its phosphorylation by protein kinase Gcn2. Mutants altering GCN4 translation have been identified that affect assembly of initiation complexes, and complementary genetic selections or screens are used to uncover mutations that alter the fidelity of selecting AUG as the initiation codon by scanning ribosomes. Analyzing the biochemical effects of such mutations in a yeast reconstituted in vitro system, in collaboration with Jon Lorsch’s group in NICHD, is illuminating in vivo mechanisms involved in recruitment of tRNAi and mRNA to ribosomes and recognition of start codons during ribosomal scanning of mRNA leader sequences. A collaboration with Venki Ramakrishnan (MRC, Cambridge) and his former colleagues Jose Llacer (Instituto de Biomedicina de Valencia) and Tanweer Hussain (Indian Institute of Science, Bangalore) is providing high-resolution structures of translation preinitiation complexes (PICs) in different states that inform the interpretations of previous findings and reveal new aspects of the initiation process that can be interrogated with genetics and biochemistry. Recent accomplishments of the group include identifying functional domains of eukaryotic initiation factors (eIFs) 1, 1A, 2, 3c, and 5, and of initiator tRNAi, 18S rRNA, and ribosomal proteins uS7/Rps5, uS3/Rps3, and uS5/Rps2 involved in accurate and efficient AUG recognition during scanning; and contributing to the elucidation of conformational transitions in the PIC through FRET analysis, chemical modification, and cryo-EM analyses of reconstituted PICs in different functional states. Recent structural, biochemical and genetic evidence supports large-scale movement of an eIF3 subdomain between solvent-exposed and subunit-interface surfaces of the 40S subunit that facilitates start codon recognition, particularly with near-cognate start codons. The group has identified multiple elements in yeast eIF4G involved in activating mRNA for translation initiation and functional domains in yeast eIF4B that enhance PIC attachment to mRNA, implicated eIF4B in eIFG∙eIF4A assembly, and defined distinct roles of DEAD-box helicases eIF4A and Ded1 (and its paralog Dbp1) in modulating translational efficiencies of mRNAs genome-wide by facilitating ribosome attachment and subsequent scanning of mRNA leaders--particularly when they are burdened with secondary structures. The distinct functions of eIF4A and Ded1/Dbp1 in mRNA recruitment by 48S preinitiation complexes (PICs) have also been reconstituted in Lorsch's purified system, where they also provided evidence that Ded1 interactions with the eIF4A and eIF4G subunits of eIF4F enhance its acceleration of 48S PIC assembly on Ded1-dependent mRNAs. They recently dissected the Ded1 N-terminal domain and demonstrated that its separate interactions with eIF4A and the cap-binding subunit of eIF4F enhance Ded1 function both in vivo and in vitro. They also provided evidence that the specific subset of Ded1-dependent mRNAs that are also highly dependent on eIF4B is down-regulated translationally in response to glucose starvation or heat stress. The group has uncovered the functions of ABCE proteins Rli1/ABCE1 and Arb1 in PIC assembly and ribosome biogenesis, respectively, and, in collaboration with Rachel Green's lab established that Rli1 is required in vivo for efficient ribosome recycling and to prevent aberrant translation of 3’ untranslated regions (3' UTR) by unrecycled 80S ribosomes. In collaboration with Nicholas Guydosh and Sergey Dmitriev, they further showed that the Tma64/Tma20/Tma22 proteins carry out the second step of ribosome recycling in vivo, acting after release of the 60S subunit by Rli1 in dissociation of 40S post-termination complexes, to prevent reinitiation events in mRNA 3' untranslated regions by unrecycled 40S subunits. Recently, they provided evidence that impaired 40S recycling reprograms translational efficiencies to favor efficiently translated mRNAs owing to a deficit in assembly of 43S PICs, which occurs similarly when eIF2α is phosphorylated or 40S biogenesis is impaired. They established that the conserved mRNA granule protein Scd6 can repress translation via RNA helicase Dhh1, and accelerate decapping and degradation, when tethered to specific reporter mRNAs in yeast cells.

Dr. Alan G. Hinnebusch received his B.S. in Biology from the University of Dayton, Ohio, in 1975 and his Ph.D. in Biochemistry and Molecular Biology from Harvard University in 1980. He studied as a postdoctoral fellow in the laboratory of Dr. Gerald R. Fink at Cornell University and the Massachusetts Institute of Technology from 1980 to 1983. He joined the NICHD as a Senior Staff Fellow in 1983 and became Chief of the Laboratory of Eukaryotic Gene Regulation in 1995. In 2000, he was appointed as Chief of the Laboratory of Gene Regulation and Development and Head of the Section on Nutrient Control of Gene Regulation. In 2007, he was named Head of the Program in Cellular Regulation and Metabolism. Dr. Hinnebusch has served on the editorial boards of Genetics, Microbiological Reviews, Molecular Microbiology, Journal of Biological Chemistry, and Molecular & Cellular Biology, and is currently a member of the editorial boards of Genes & Development, eLife, and Genetics. He was co-organizer of the Cold Spring Harbor Laboratory Meeting on Translational Control from 2000 to 2010. He has published more than 220 original research articles in peer-reviewed journals and more than 50 review articles and book chapters pertaining to his field of research. In 1994 he was named Maryland's Outstanding Young Scientist and was elected as a Fellow of the American Academy of Microbiology. In 2009 he was elected as a Fellow of the American Association for the Advancement of Science and as a Fellow of the American Academy of Arts and Sciences, and in 2015 he was elected to the National Academy of Sciences.

This page was last updated on Wednesday, November 9, 2022