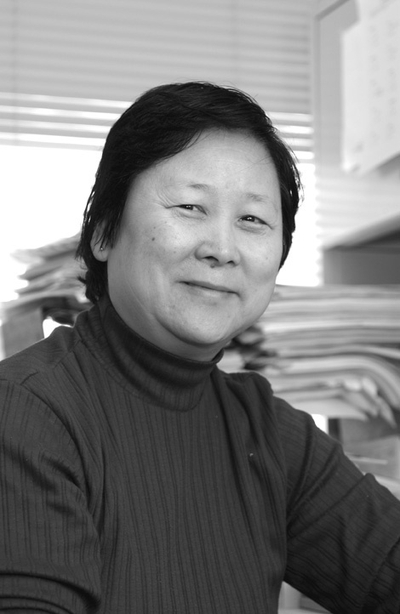 We study the cell biology of endocrine and neuroendocrine cells. Our focus is three-fold: (i) investigate the mechanisms of biosynthesis and intracellular trafficking of peptide hormones and neuropeptides and their processing enzymes; (ii) uncover mechanisms involved in the regulation of dense-core secretory granule biogenesis, transport, and exocytosis; and (iii) determine the neurophysiological and pathological roles of the prohormone-processing enzyme carboxypeptidase E (CPE). Our work has led to the discovery of novel molecular mechanisms of protein trafficking to the regulated secretory pathway and identified players and mechanisms that control secretory granule biogenesis and transport in endocrine and neuroendocrine cells as well as uncovered new non-enzymatic trophic roles of carboxypeptidase E and its isoforms in neuroprotection, neurodevelopment, stem cell differentiation and cancer. Using cell lines, primary cell cultures, and mouse models, such studies have provided a better understanding of diseases related to defects in hormone and neuropeptide processing and targeting, dementia, depression , memory, learning, diabetes, obesity, and cancer.

Dr. Y. Peng Loh is the head of the Section on Cellular Neurobiology, Division on Molecular and Cellular Biology, NICHD. She and her group study the cell biology of endocrine and neuroendocrine cells, focusing on the mechanisms of biosynthesis and intracellular trafficking of peptide hormones and neuropeptides and their processing enzymes, the regulation of dense-core secretory granule biogenesis, and physiological roles of the prohormone processing enzyme carboxypeptidase E (CPE) and its isoforms, and peptides derived from the neuroendocrine protein, chromogranin A. Her studies have elucidated molecular mechanisms governing protein trafficking to the regulated secretory pathway and identified players and mechanisms that control secretory granule biogenesis and transport in endocrine and neuroendocrine cells and neurons. She and her team discovered novel neurotrophic roles of CPE in neuroprotection and stem cell differentiation. Most notably she has shown that CPE ( also known as Neurotrophic factor-alpha1) can protect hippocampal neurons against stress-induced cell death and is more critical than BDNF. Her research has also provided a better understanding of diseases such as diabetes, obesity, depression and dementia. Her group has also cloned a splice variant of CPE encoding a 40kD N-terminal truncated isoform (CPE-deltaN) that is highly expressed in embryonic brain and is involved in neuronal proliferation and migration. It is also expressed in different types of metastatic tumor cells and is an inducer of tumor growth and metastasis. Clinical studies have shown that CPE-∆N is a promising prognostic biomarker for predicting future metastasis, and a potential therapeutic target for different malignant cancers. Dr. Loh received her B.Sc. (Hons.) in Biochemistry from University College Dublin, Ireland, and her Ph.D. in Molecular Biology from the University of Pennsylvania. She did her postdoctoral work with Dr. Harold Gainer at NIH and at the Max Planck Institute in Germany. During her career at NIH, Dr. Loh has received numerous honors and awards including the Public Health Superior Service Award, the NIH Director’s Award, the NIH Director’s Award for Mentoring, the FASEB Award for Excellence in Science, and the Women in Endocrinology Mentor Award. She is a member of the Endocrine Society, Society for Neuroscience, serves on several editorial boards and is the Editor-in-Chief of the journal Extracellular Vesicles and Circulating Nuclear Acids. She has authored more than 200 scientific articles published in journals such as Cell, Nature Medicine, Journal of Clinical Investigations, JAMA, and Neuron, the Proceedings of the National Academy of Science, as well as published numerous review articles and a book.