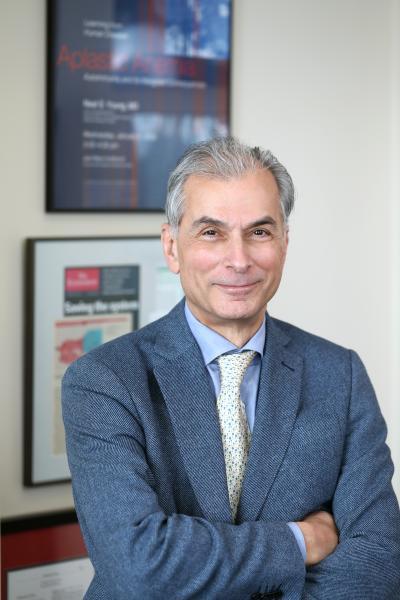 Research in the Cell Biology Section spans the basic sciences, clinical trials, and epidemiology. Bench work involves methods of cell and molecular biology, immunology, and virology. Blood cell production in healthy individuals and especially in patients with bone marrow failure is the main theme. Advanced techniques most recently include single cell RNAseq, CRISPR-Cas9 gene editing, multicolored bar coded flow cytometry, and SomaLogic deep proteomics. Use of patient samples is encouraged, as the Hematology Branch clinic for patients with aplastic anemia, paroxysmal nocturnal hemoglobinuria (PNH), myelodysplastic syndromes (MDS), large granular lymphocytosis (LGL), and constitutional marrow failure is one of the largest in the world. Results in the laboratory have had real impact on the care of patients with these life-threatening illnesses, and access to patient samples over time and with therapeutic perturbation makes the laboratory strategies both innovative and concrete.

Some Current and Planned Clinical Protocals

Eltrombopag in marrow failure, including treatment-naive SAA, MAA, and MDS

Rapamycin to prevent relapse in AA

Sex hormone modulation of telomeres in patients with telomeropathies

The Cell Biology Section is large and has a nucleus of expert senior staff to provide training and supervision in a wide variety of advanced techniques. The Section is part of the Hematology Branch, and there is close interaction among all the Branch’s members, including sharing of resources and expertise. There is an active program of lectures and group meetings. In addition to knowledge acquisition, clear thinking and crisp verbal and written expression are priorities for development in trainees.

Neal Young received a A.B. cum laude from Harvard College in 1967 and his M.D. in 1971 from the Johns Hopkins School of Medicine. He did post-graduate medical training at Massachusetts General Hospital and Barnes Hospital at Washington University in St. Louis before joining the NHLBI in 1981. He is a Master of the American College of Physicians and has accrued many academic honors. His efforts as a US Government employee were recognized with Samuel J. Heyman Service to America Medal in Science and the Environment. Dr. Young has authored over 280 original scientific and medical articles in peer reviewed journals and more than 160 reviews and book chapters. He also is author or editor of 10 medical and scientific books, including a new textbook of hematology. Dr. Young is a member of the American Society for Clinical Investigation, American Association of Physicians, American Federation for Clinical Research, American Society of Hematology, and International Society for Experimental Hematology. He is co-inventor on 7 patents concerning B19 parvovirus. Dr. Young’s trainees head departments of hematology worldwide. He has lectured and published prolifically in hematology. He led a novel training program in Vietnam that transformed that country’s approach to blood diseases. He now heads a successful new trans-NIH initiative in human immunology.