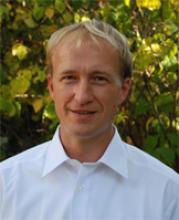 The main limiting factors hindering progress towards a more quantitative biology are the scarcities of detailed quantitative experimental data and of computational tools designed to use such data for the development and testing of biologically meaningful models. This is especially true for cell biology, where predictive models in areas such as immunology or oncology require acquiring and modeling data at multiple spatial/physiological scales, from the subcellular, molecular scale to the scale of whole cells and beyond to cell populations.

Unfortunately, the two factors enhance each other. For example, most experimental biologists see no need to consistently calibrate fluorescent-activated cell sorting measurements or provide absolute levels—as opposed to just relative to "control"—of intracellular protein expression or phosphorylation and their subcellular spatial distributions. This is because the computational approaches that could turn those data into quantitative models have been either unavailable or inaccessible to experimentalists because their application requires a strong background in physics, mathematics, and computer science.

Theorists, on the other hand, frequently resort to oversimplified modeling approaches because detailed quantitative data that would be needed for biologically more realistic models are missing.

Systems biology promises to overcome this deadlock by systematically generating highly detailed data sets and by fostering the development of the computational approaches appropriate for these data. Such new computational approaches necessarily differ from the classical mathematical biology strategies that put a strong emphasis on parsimony—in most cases mainly in order to keep the equations easily tractable.

For example, cellular signaling networks may comprise many dozens of molecular species, and consequently, up to hundreds or even thousands of molecule complexes. Writing by hand the systems of ODEs (ordinary differential equations) describing the network dynamics and adjusting them by hand every time some components of the network models change is not feasible. When, in addition, spatial considerations play a role for a cell biological model, creating the appropriate mathematical representation becomes even more complicated.

Simmune is the name of a suite of software tools that guides the user through the multiple hierarchical scales of cellular behavior, facilitating the generation of comprehensive models. It was originally created to simulate immunological phenomena—hence its name, Simmune—but it is applicable to a very broad class of cell biological models.

The development of Simmune started at the Institute for Theoretical Physics of the University of Hamburg, Germany. Now, its development continues as part of the biocomputation effort at the NIAID Laboratory of Systems Biology.

The goal of our work is to provide the computational approaches appropriate for modeling cell biological systems based on data that describe cellular behavior on various scales, from interactions between molecular domains to the behavior of populations of cells.

In our view, such modeling software should not only offer cutting edge technical simulation capabilities but also, importantly, should make it possible for (experimental) biologists to define the computational equivalents of their biological models without having to deal with scripting languages or the mathematics involved in translating those models into formalized representations that can be (quantitatively) simulated.

The graphical user interface of the Simmune modeler allows the biologist to easily interact with the modeling software and largely eliminates the necessity to follow the "classical" strategy of first translating a biological model into a simplified version that then can be "modeled" by a theorist.

At the fundamental level, all biochemical processes are the result of stochastic molecular motion and interactions. In many cases, molecular concentrations are high enough and the molecules are sufficiently evenly distributed in space to make mass action-based approaches applicable. However, especially in the context of interactions among membrane-bound proteins, spatial inhomogeneities and low concentrations can lead to effects that cannot be captured with techniques assuming evenly distributed molecular players. To address the conceptual and technical challenges associated with a proper computational treatment, we are developing mathematical tools based on the description in terms of reaction-diffusion Green's functions.

The Systems Biology Markup Language (SBML) provides a standard for encoding (biochemical) reaction networks, such as those regulating cellular behavior. Classically, SBML-based descriptions were technically equivalent to descriptions based on sets of coupled differential equations. More recently, efforts have been started to extend SBML in a way that permits encoding interactions among binding sites (domains) of molecular entities that can be composed of multiple components and exist in multiple states. This extension that reflects the trend to describe and simulate cellular biochemistry based on such properties is called 'SBML3 multi' and has been a major focus of our work.

This document represents the current proposal for SBML3 multi.

Dr. Meier-Schellersheim obtained a master’s degree in physics in 1997 and a Ph.D. in 2001 from the University of Hamburg, Germany. His research focuses on building a bridge between experimental and computational cell biology through the development and application of modeling tools that combine accessible graphical interfaces with the capability to perform spatially and temporally highly resolved simulations, even for models of complex cellular signaling processes.

This page was last updated on Thursday, August 6, 2020