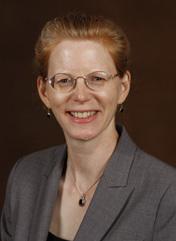 The Microbiology Service is a CAP-accredited 7,000 square foot laboratory, offering tests that cover all areas of microbiology, including bacteriology, mycology, parasitology, mycobacteriology, and virology. We provide testing for many NIH institute research programs and we therefore have state-of-the-art instrumentation, including an extensive molecular diagnostics section and a BSL3 level facility. The laboratory staff have consistently published peer-reviewed studies for many years. This laboratory was one of the leading laboratories in the United States to investigate the use of MALDI-TOF technology for organism identification and to integrate the technology into the routine daily workflow. We have more than 26 full-time microbiology staff, primarily licensed medical technologists, as well as four senior level microbiology staff positions to oversee all of the sections of the laboratory. The Clinical Center serves as a medical center only for patients enrolled in clinical trials, and because of this unique mission, the patients enrolled come from locations throughout the world, some with very rare disorders, and many of the patients are very immunocompromised. Therefore, the laboratory has access to a wide variety of specimens from diverse populations, including organisms that are not routinely isolated in many hospital settings. The senior staff in the microbiology laboratory meets daily with the infectious diseases physicians and has routine interactions with the scientists leading the clinical trials, providing a great environment for further investigation of antibacterial resistance. Collaborative research is conducted on campus with investigators from multiple NIH institutes.

Using microarray analysis of murine lung RNA, we examined the response of the host to a virulent Staphylococcal strain compared to a strain deficient in the alpha-toxin. We determined that the cellular immune response to infection was characterized by a prominent TH17 response to the wild-type pathogen. Investigation of the host-pathogen interaction and the pathogenesis of Staphylococcal lung injury will contribute to programs aimed at the development of novel therapeutic approaches for Staphylococcal disease.

Resistant Gram Negative Bacteria
Antibiotic-resistant bacteria cause significant morbidity and mortality in hospitalized patients, causing the Centers for Disease Control and Prevention to list carbapenem-resistant bacteria as a urgent threat requiring attention by the medical community.

Investigators in the National Human Genome Research Institute and the Clinical Center have used advanced DNA sequencing methods to characterize carbapenem-resistant Enterobacteriaceae in hospitalized patients. They tracked a cluster of infections in hospitalized patients, then more recently, we conducted a two year follow-up study to understand the possible spread of the resistant genes between bacteria on plasmids, the genetic material which encodes antibiotic resistant genes in these bacteria.

Advanced sequencing is a valuable technique to aid the infection control team in learning how to control the spread of multi-drug resistant bacteria between critically ill patients at the NIH Clinical Center as a model for healthcare systems. Improved understanding of the genetic basis of antibiotic resistant bacteria guides further strategies to rein in antibiotic resistance and focus experiments directed toward improved treatment for these serious infections.

To further investigate the mechanisms used by bacteria to spread resistance, we examined the frequency of horizontal gene transfer among species, using bacterial isolates from two hospitals. Most conjugation studies use a lab strain of E. coli, typically under narrow conditions. Given that conjugation is influenced by multiple factors, we sought to perform a systematic analysis of blaKPC encoding plasmids transfer into multiple species.

The efficiency of conjugation into Enterobacteriaceae patient isolates and a common lab cloning E. coli strain ranged widely from high rates of 10-2 or 10-3 CFU transconjugants/CFU recipients to undetectable, without a clear correlation with the pattern of spread suggested during two hospital outbreaks. In vitro models may not faithfully predict plasmid mobilization until we better understand the most important variables affecting conjugation efficiency. Additional studies will be valuable in assessing the role of conjugation in the worldwide spread of resistance as compared to other factors contributing to the success of epidemic clones.

Dr. Frank completed her M.D. and Ph.D. in Biochemistry at the University of Pennsylvania. She completed a Clinical Pathology Residency at the Brigham & Women's Hospital. During her postdoctoral research fellowship in Immunology, she focused on V(D)J recombination in developing lymphocytes in the HHMI laboratory of Dr. Fred Alt at the Boston Children's Hospital. As a faculty member, her studies included DNA repair mechanisms relevant to both cancer and immunology, followed by microbiological investigations of Staphylococcus aureus and Enterobacteriaceae.