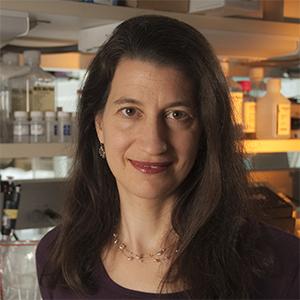 The Microbial Genomics Section (MGS) explores the full genetic diversity of human-associated microbiota (bacteria, fungi, viruses) which contribute to both health and disease. We study and understand health with the perspective that humans coexist with billions of microbiota in our guts, on our skin and covering all epithelial surfaces. Pathogenic bacteria flourish and compete within a larger symbiotic microbial community, whose DNA is collectively referred to as the microbiome. The Microbial Genomics Section developed methods to characterize microbial communities with genomic sequencing and analysis, which offer significant advantages over traditional culture-based studies to capture microbial diversity.

Together with clinical collaborators, we extended these studies to patient populations with common atopic dermatitis (AD, eczema; OMIM 603165) and rare primary immune deficiencies. We focus our studies on AD because these patients typically respond to various antimicrobial therapies, but there are no biomarkers to direct an individual patient's treatment. Our longitudinal study of pediatric AD patients shows a drop in skin microbial diversity and an increase in Staphylococcus aureus with disease flare. Our current efforts are directed at defining and assessing the role of specific strains of Staphylococcus aureus in the progression to disease flare. Mechanistically, we are assessing the function of skin-associated bacteria in priming the immune system and driving AD with animal models.

Future microbiome studies transition from survey-based studies of microbes to full metagenomic sequencing. To build the resources needed for skin microbiome analysis, we sequenced reference skin microbes, such as the commensal Staphylococcus epidermidis. We have determined that the S. epidermidis pan-genome is quite large with 80 percent core genes (~2,000 total) and the remaining 20 percent of genes selected from a large pool of ~5000 genes. These sequenced reference genomes enabled us to fully harness the power of strain tracking across individuals and between skin body sites.

As a second area of focus for the Microbial Genomics Section, we developed pipelines to tracking hospital-associated bacterial pathogens with whole-genome sequencing. We retrospectively reconstructed a polymicrobial outbreak of multi-drug resistant Acinetobacter baumannii that swept through the NIH Clinical Center in 2007 to elucidate the role of recombination in diversification. The last line of antibiotic defense against A. baumannii is colistin, a polymixin peptide. Therefore, we followed up the outbreak tracking with genomic sequence studies to identify molecular changes that conferred colistin resistance. Genomic studies are complemented by microbiological growth studies to assess variants' effects on the organism's overall fitness. Our long-term goal is to create a drug strategy that capitalizes on the bacterium's loss of fitness typically associated with acquisition of antibiotic resistance.

While our genomic studies of A. baumannii were performed retrospectively, our carbapenem-resistant Klebsiella pneumonaie studies were carried out prospectively. In 2011, 17 patients were infected with a single K. pneumonaie isolate that is highly virulent and has now evolved resistance to all known antibiotics. For the first time, our real-time genomic sequencing tracked exact patient-to-patient routes of transmission within the NIH Clinical Center and informed epidemiologists' actions to monitor and control this outbreak. We have now extended these studies to explore transfer between bacterial species of the plasmid that encodes carbapenemase. The section's mission is to use genomic information to model outbreaks, monitor evolution of antibiotic resistance and develop risk assessment strategies.

Dr. Segre joined the National Human Genome Research Institute of NIH in 2000 and was promoted to a senior investigator with tenure in 2007. Dr. Segre's laboratory utilizes high-throughput sequencing and develops algorithms to study the microbial diversity of human skin in both health and disease states, with a focus on eczema and other microbial-associated infections. Dr. Segre published the first topographical maps of human skin bacterial and fungal diversity. Dr. Segre's laboratory also develops genomic tools to track hospital-acquired infections of multi-drug resistant organisms, including the NIH's recent Klebsiella pneumoniae outbreak.

Dr. Segre's research is based on active collaborations with the NIH Intramural Sequencing Center and the clinical departments of Infection Control, Microbiology, and Dermatology. Dr. Segre is a leader in the NIH Roadmap Human Microbiome Project, communicating with multiple media sources to promote the concept of humans as ecological landscapes. Together with the NIH epidemiologist, Tara Palmore, M.D., Segre received the 2013 Service to America Medal, considered among the most prestigious for a federal employee, for their work to establish the clinical utility of microbial genomics.

This page was last updated on December 1st, 2021