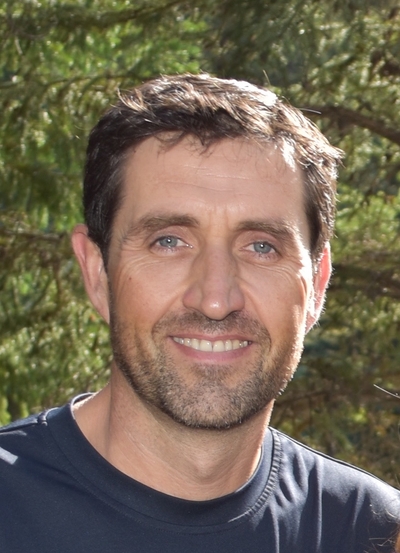 A recurring theme in human disease is the central influence of inflammation and macrophage activation in numerous pathologies. The macrophage inflammatory response is driven through activation of pattern recognition receptor (PRR) pathways by signals derived from pathogens or tissue damage, and among the PRR families, toll-like receptor (TLR) pathways have been the prototype through their well-studied responses to microbial stimuli. Macrophages constantly evaluate host mucosal surfaces and peripheral tissues for signs of infection or injury. The host must find a balance between tolerance of beneficial microorganisms and minor non-pathological microbial encounter vs. the development of a robust immune response to more serious infections. Emerging evidence suggests that this decision is made by the cell based on the combinatorial signals it receives through PRR engagement by microorganisms and endogenous stimuli.

Our research program is focused on the design, implementation, and interpretation of screening efforts to identify and determine the interactions among the components in PRR signaling networks. We use high-throughput genetic screening to identify key pathway regulators, and a combination of cell biology, biochemistry, and molecular biology to characterize their function. Our goal is to obtain a better understanding of how PRR signaling pathways control the macrophage inflammatory state, and ultimately to develop strategies to regulate these responses in human inflammatory diseases.

Genetic screening to comprehensively characterize immune response pathways
A deeper understanding of how PRR responses are regulated requires unbiased genome-scale screening to broadly characterize the signaling pathways and gene regulatory circuits driving inflammation. The generation of such comprehensive network maps are critical to our collaborative efforts in the LISB to develop fine-grained simulation models of the TLR-driven inflammatory response (Germain et al. Ann. Rev. Immunol. 2011), by providing a more complete set of 'nodes' and 'edges' for the core biochemical models used as a foundation for such simulations.

We have developed strategies to apply genome-scale genetic screening technologies to interrogate innate immune signaling pathways such as the TLR and inflammasome pathways (Li et al. Sci Rep. 2015). We are employing novel multi-readout signaling and transcriptional reporters to enhance insight from such screens, leading to identification of novel regulators of the macrophage response to bacterial LPS (Li et al. Sci Data. 2017; Sun et al. Sci Data. 2017). We are also developing new integrated bioinformatic approaches to data analysis that are widely applicable and freely available to the research community (Dutta et al. Nat. Commun. 2016). We conduct comparative studies in both mouse and human systems to characterize their similarities and differences, in order to identify the most important targets for potential therapeutic intervention (Sun et al. Sci Signal. 2016). In collaboration with NIH Clinical Center colleagues, we also seek to link novel findings from our screens to cases of human disease.

Mechanisms of innate immune signaling and transcriptional control
The signaling pathways and transcriptional responses induced in macrophages upon TLR stimulation must be tightly controlled to respond appropriately to the pathogenic threat level. These cells must choose when an input meets a 'danger threshold' to warrant a robust inflammatory response considering that inappropriate activation can lead to harmful tissue damage. A common theme among hematopoietic cells during an immune response is the activation of NF-kB. This heavily studied transcription factor has provided a classic model for stimulus-dependent transcriptional activation followed by a time-delayed negative feedback loop. We would like to determine how the degree of microbial threat might be decoded in macrophages at the level of NF-kB activity regulation. Furthermore, the mechanisms through which NF-kB activity is integrated with additional PRR-activated transcription factors such as MAPK/AP1 and IRFs is critical to our understanding of macrophage gene regulation.

In this context, we are building on our screening efforts to identify mechanisms of signal integration and transcriptional control that regulate the macrophage inflammatory state. We believe the appropriate homeostatic balance in the macrophage response is achieved through feedback control mechanisms that set cellular response thresholds sensitive to both ligand quantity and complexity (Sung et al. Sci Signal. 2014; Gottschalk et al. Cell Systems. 2016). Combinations of certain microbial signals can also induce 'non-additive' synergistic and antagonistic cellular responses, which we seek to dissect using the tools of systems biology (Lin et al. Cell Systems. 2017). Recent evidence from our screens also suggests that innate immune responses are intimately linked to the cellular metabolic state, and this is becoming an emerging aspect of our research program.

PRR signal integration in host-pathogen interactions
Intact microbes present a combination of stimulatory molecules to the cells of our innate immune system. To extend our understanding of how macrophages integrate and respond to complex signals during pathogen encounter, we are developing models of infection with clinically relevant bacterial species (Miller et al. Assay Drug Dev Technol. 2015). We are studying how the combined activation of multiple pathways by invading bacteria, including pathways traditionally considered as antiviral, are integrated to mount an optimal host response to clear a bacterial infection. In parallel, we are also gaining insight to the most critical nodes in the host response pathways by identifying mechanisms used by pathogenic bacteria to evade host defense (Al-Khodor et al. Cell Microbiol. 2014).

The information from this project is critical to understanding how the host response is shaped and influenced by multiple microbe-derived signals, and how this is modified by the presence of additional endogenous stimuli. Such knowledge will have important implications for understanding immunopathologic responses to infection, for design of better vaccines that more accurately mimic the infections that induce robust immunity, and for understanding how some pathogens evade effective immune responses.

Postdoctoral Opportunities
To inquire about current openings in the lab, email fraseri@niaid.nih.gov.

Dr. Fraser received his B.S. in biochemistry from Heriot-Watt University, Edinburgh, Scotland, and his Ph.D. in biochemistry from Imperial College, University of London. He was a Wellcome Trust International postdoctoral fellow at the Vollum Institute in Portland, Oregon. He joined the Alliance for Cellular Signaling (AfCS) research consortium in 2000 as lead scientist of the molecular biology group at the California Institute of Technology and became co-director of the AfCS Molecular Biology Laboratory in 2005. He joined NIAID in 2008 as leader of the PSIIM Molecular and Cell Biology Team and became chief of the Signaling Systems Unit within the Laboratory of Systems Biology (LSB) in 2011. In 2017 he was appointed as a tenured senior investigator and chief of the Signaling Systems Section. In 2018, LSB became the Laboratory of Immune System Biology.

His research has focused on the mechanistic basis of cellular signaling, both in G protein signaling networks and more recently in toll-like receptor-mediated regulation of inflammatory responses. He applies systems biology approaches to decipher how mammalian cells integrate stimuli in a complex environment to ensure context-dependent cellular responses. This is vital to understanding how a breakdown in information processing through cell-surface receptors and their linked signal transduction pathways leads to human disease.