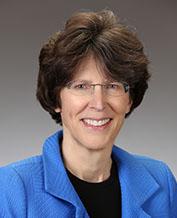 Dr. Murray’s laboratory studies the neural basis of learning, memory, emotion and response selection, with two main areas of focus. The first of these two research programs involves the independent mnemonic contributions of the different medial temporal lobes structures, the extent to which different medial temporal lobe structures must interact in storing information and their interaction with the prefrontal cortex. Her work has demonstrated that, for some types of memory, the entorhinal and perirhinal cortical regions in the ventral medial temporal lobe play a more important role than does the hippocampus. Not only does this area, termed the rhinal cortex, specialize in storing knowledge about objects, but it may serve as the core system for semantic memory.

A second focus of the Murray laboratory is the neural bases of decision making. This work examines the neural circuits critical for affective processing and the way in which affective information, including reward, guides response selection. This work has shown that the amygdala and orbital prefrontal cortex operate as part of a network involved in emotion, reward-based learning and goal-directed behavior. These circuits contribute importantly to behavioral flexibility in the face of changes in reward contingencies or reward value. A key hypothesis is that the orbital prefrontal cortex is part of a larger prefrontal region critical for the valuation of choice outcomes.

Dr. Murray’s laboratory has pioneered the use of MRI-guided stereotaxic surgery, a method that has for the first time allowed examination of the selective mnemonic contributions of various medial temporal lobe structures.

Dr. Murray received her B.S. in Biology from Bucknell University and her Ph.D. in Physiology from The University of Texas Medical Branch at Galveston. After postdoctoral work at the NIMH studying the neural substrates of tactual learning and memory, she became a tenured faculty member. Dr. Murray is currently the Chief of the Section on the Neurobiology of Learning & Memory in the Laboratory of Neuropsychology at NIMH. Dr. Murray received the Demuth Swiss Medical Research Foundation Award for Young Investigators in the Neurosciences and a PHS Special Recognition Award.