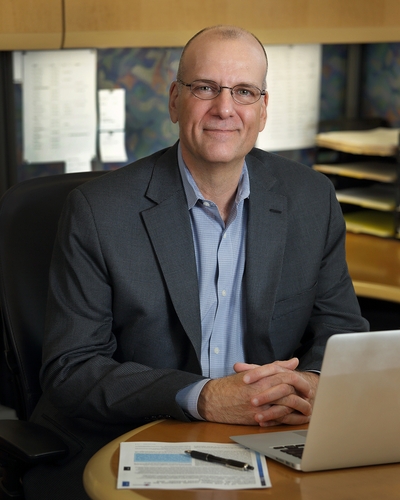 Dr. Baxevanis' research program is centered on probing the interface between genomics and developmental biology, using computational approaches to understand the molecular innovations that drove the surge of diversity in early animal evolution. His research group's primary focus involves analyzing the genomes of early branching animal phyla, work that has significantly advanced our understanding of the relationship between genomic and morphological complexity, the evolution of multicellularity, and the emergence of novel cell types.

While computational studies using comparative genomic approaches have advanced our understanding of the molecular innovations that drove the outbreak of diversity (and increasing complexity) in the early evolution of animals, studies of these early yet critical events had been hampered by the lack of whole-genome sequencing data from the last non-bilaterian animal phylum without a sequenced genome: Ctenophora, or the comb jellies. To address the void regarding the availability of genome-scale data in this part of the animal tree, Dr. Baxevanis' group sequenced and analyzed the genome of a comb jelly, Mnemiopsis leidyi, and found that ctenophores, which possess complex cell types such as neurons and muscle cells, are our oldest animal relatives – even predating the sponge, a simple animal without complex cell types. The use of comparative genomic techniques to study the Mnemiopsis genome has shed new light on what physical and structural features were present in the earliest animals, providing a new way of thinking regarding early animal evolution and evolutionary adaptation. These types of studies have provided a solid foundation for looking beyond the traditional set of organisms currently used as experimental models, as basic biological discoveries arising from even our most distant animal relatives have great potential to provide keen insights about the human genome, as well as lay the groundwork for translational studies focused on specific human diseases.

The availability of these high-quality sequencing data has also enabled Dr. Baxevanis' group to address some important questions regarding phylogenetic diversity and the evolution of proteins that play a fundamental role in animal development. These include the discovery of a rudimentary Hox code that was operative in the cnidarian-bilaterian ancestor, playing a role in patterning the animal's primary body axis, and that strong stabilizing selection has been operating on this Hox code, maintaining certain core characteristics despite being deployed in a wide variety of animal forms for half a billion years. Another study focused that was focused on the emergence of photoreceptors – a necessary first step in the process leading to the evolution of various visual systems such as the eye – found evidence of co-localized expression of both photoprotein and opsin genes in developing Mnemiopsis photocytes, showing that these cells have the capacity to both sense and respond to stimuli. This finding is the first reported instance of photoreception and light production being functionally linked in the same cell type of a given organism, a finding that may shed new light on the early events leading to the evolution of the eye.

Dr. Baxevanis' current work is focused on how these emerging research organisms can be used in the context of human disease research. Using a comparative genomics approach, his group found that non-bilaterian genomes contain a surprising number of human disease gene homologs despite their evolutionarily distant position with respect to humans. These findings support the proposition that non-bilaterian animals have the potential to serve as viable models for studying human disease. To that end, his group is currently leading an international effort to sequence a cnidarian species called Hydractinia. What makes these simple organisms particularly attractive for study is that they possess a specific type of interstitial cell (or i-cell) that is pluripotent, expressing genes whose bilaterian homologs are known to be involved in stem cell biology. Hydractinia is also colonial, with a complex allorecognition system that lends itself to the study of host-graft rejection. Analyses of these whole-genome sequencing data have already provided important insights into the evolution of chromatin compaction, with Hydractinia using a set of novel histones rather than protamines to compact its sperm DNA. These analyses have revealed a heretofore unappreciated complexity of the mechanisms underlying allorecognition – an organism's ability to distinguish its own tissues from those of another – with the discovery of a large number of new candidate allorecognition genes, revealing a very complex landscape that may provide insight into the signaling pathways involved host-graft rejection. Finally, he and his collaborators have found that the mechanism used by Hydractinia to make germ stem cells – the progenitors to eggs and sperm – is remarkably similar to the mechanism used by humans, both relying on a gene called Tfap2 but at different life stages. This is the first report of a specific gene being responsible for the transition from a pluripotent i-cell to gametes in a non-bilaterian animal, also demonstrating that Tfap2 acts cell-autonomously to induce germ cell fate while acting non-cell-autonomously in inducing sexual development downstream of germ cell induction.

Dr. Baxevanis' research program uses computational approaches to understand the molecular innovations that drove the surge of diversity in early animal evolution. His research group focuses on the analysis of genomes of early branching animal phyla to understand the relationship between genomic and morphological complexity, as well as the evolution of novel cell types. Dr. Baxevanis' group focuses specifically on invertebrate species with the potential to serve as 'emerging research organisms' that can yield insights of relevance to human health.

Dr. Baxevanis received his Bachelor of Science in biological sciences from Cornell University and his Ph.D. in the Department of Biology at The Johns Hopkins University. He was a post-doctoral fellow at the National Center for Biotechnology Information at NIH, after which he joined the NHGRI faculty.

Dr. Baxevanis is co-author of the textbook Bioinformatics: A Practical Guide to the Analysis of Genes and Proteins, now in its fourth edition. His involvement in educational activities have included teaching bioinformatics at The Johns Hopkins University, serving as an adjunct faculty member at Boston University, and serving as the director of NHGRI's Intramural Training Office. He has also served as the co-director of the Boston University/NIH Graduate Partnerships Program in Bioinformatics.

Dr. Baxevanis is the recipient of the Bodossaki Foundation's 2000 Academic Prize in Medicine and Biology, Greece's highest honor for young academics and scientists of Greek heritage throughout the world. In 2007, Dr. Baxevanis was awarded the IEEE Computer Society's Outstanding Achievement Award for his outstanding contributions to the field of bioinformatics. In 2014, he was elected to membership in the Johns Hopkins Society of Scholars, which recognizes alumni who have achieved marked distinction in their field of study. Dr. Baxevanis was the recipient of the NIH's Ruth L. Kirschstein Mentoring Award in 2015, in recognition of his commitment to scientific training, education and mentoring. In 2016, Dr. Baxevanis was elected as a senior member of the International Society for Computational Biology for his sustained contributions to the field, and, in 2018, he was elected as a Fellow of the American Association for the Advancement of Science for his distinguished contributions to the field of comparative genomics.