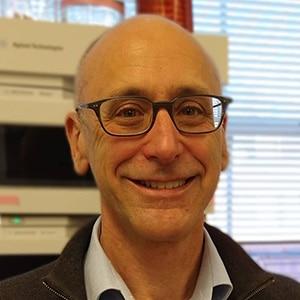 The ultimate purpose of our research is to understand organelle biogenesis.

The main research focuses of my lab are organelle biogenesis and the roles of membrane contact sites in intracellular lipid homeostasis. We are particularly interested in de novo organelle biogenesis, which primarily occurs in the ER. There are three interrelated projects in the lab.

Lipid droplets (LDs) are lipid storage organelles found in almost all cell types. They contain a core of neutral lipids, such as triglyceride and cholesteryl ester, surrounded by a monolayer of phospholipids and proteins. Nascent LDs form in the ER. The earliest step is thought to occur when neutral lipids in the ER bilayer undergo a phase transition, forming lens-like structures that grow into mature LDs. Accumulating evidence suggests this process occurs at specialized sites in the ER that are enriched in proteins such as seipin, LDAF1, perilipins, and MCTP2. We are studying the earliest steps of LD biogenesis using model membranes and in vivo approaches.

Apolipoprotein B (ApoB)-containing lipoproteins are assemblies of proteins and lipids that are like LDs but are secreted from cells. These particles transport dietary and endogenous lipids through the circulation. The most abundant lipoprotein in plasma is low density lipoprotein (LDL), which is metabolically derived from very low-density lipoproteins (VLDL) produced by hepatocytes in the liver. While ApoB-containing lipoproteins are essential, elevated levels in plasma contribute to prevalent metabolic diseases, including atherosclerosis, type 2 diabetes, and obesity. Developing effective therapies to safely reduce levels of these lipoproteins in plasma is a major public health goal. ApoB is required for VLDL assembly and secretion. Despite years of study, there are still major gaps in our understanding of how ApoB is lipidated and how lipoproteins are trafficked, degraded, and mature in cells. We are taking a variety of approaches to identify proteins that facilitate VLDL biogenesis.

Peroxisomes are membrane-bound organelles that have important roles in the metabolism of lipids, polyamines, D-amino acids, and fatty acid β oxidation. They are found in most cell types and a number of rare autosomal disorders are caused by defects in peroxisome biogenesis or function. Nascent peroxisomes are produced in the ER, where pre-peroxisome vesicles bud from the ER and mature into functional peroxisomes. We are using a variety of approaches to investigate early stages of peroxisome biogenesis in mammalian cells.

Organelles communicate and integrate their activities by forming close contacts, often called membrane contact sites (MCSs). Interest in MCSs has grown dramatically in the past decade as it is has become clear that they are ubiquitous and have a much broader range of roles in cells than was initially thought. MCSs are sites where signals and small molecules, such as lipids, are exchanged between organelles. My laboratory studies the mechanism and function of lipid exchange at MCSs using biochemical and cell biological approaches. Current work focuses on a group of large proteins that are tube-like and are thought to allow lipids to flow between membranes. Mutations in these proteins cause several rare neurodevelopmental disorders and other diseases. We are studying how these proteins function in mammalian cells and in yeast. We are also working to understand how the structure and biophysical properties of MCSs regulates lipid exchange.

Defects in lipid metabolism and organelle biogenesis are associated with numerous diseases. Gaining insight into the basic processes in cells will help us understand how defects in them contribute to human disease.

There are many open questions in all these projects.