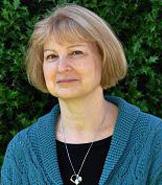 My group uses simian immunodeficiency virus (SIV) infection of nonhuman primates as a surrogate model to study the pathogenesis of human AIDS and to develop effective vaccine strategies. SIV infection of macaques, an Asian monkey species, is an experimental animal model for AIDS, as SIVs actually originate in primates of African origin, including sooty mangabeys (SIVsm) and African green monkeys (SIVagm). Remarkably, SIV infection of natural host species is generally not associated with disease despite robust viremia. In contrast, SIV infection of macaques induces an immunodeficiency syndrome that is remarkably similar to that seen in HIV-infected humans. My laboratory investigates host and viral factors that contribute to disease progression in SIV infection of macaques and uses this model for evaluating vaccine strategies. In addition, we study the mechanisms underlying the lack of disease in natural host species, using African green monkeys as an animal model.

Studies of natural hosts of SIV

My laboratory demonstrated that SIVagm, while apathogenic in AGM, induces AIDS in macaques. This discrepancy allows us to examine the mechanisms of attenuation in the natural host species. We conducted comparative studies of AGM and pigtailed macaques (PTM) infected with the same isolate and found that PTM develop AIDS, with disease progression linked to the extent of viremia (Goldstein et al., 2005). In contrast, AGM remain healthy with comparable levels of viremia as found in PTM. The two infections also differ in the degree of chronic immune activation (Goldstein et al., 2006). Recent studies have focused on delaying the adaptive immune response by depleting CD8+ T cells and B cells during primary infection. Depletion does not result in disease progression in AGM. In contrast, a similar depletion results in significantly higher viremia and accelerated disease progression in PTM (Schmitz et al., 2009). Thus, the dependence on adaptive immune responses for controlling viremia is a factor that differs in these two primates.

Pathogenesis of SIV in macaques

Disease progression in pathogenic models of AIDS in macaques is variable, ranging from under six months to more than seven years. Rapid progressor (RP) animals exhibit uncontrolled viral replication and failure of cellular and humoral immune responses. Pathologic comparison of tissues from RP macaques as compared with those of macaques that progress at a conventional pace (CP) revealed significantly higher endstage viral load in RP macaques. The vast majority of SIV-infected cells in RP macaques were macrophages, compared with a predominance of T cells infected in CP macaques. We evaluated the role of virus in the development of this syndrome by generating infectious molecular clones from an RP macaque. Inoculation of macaques did not reproduce the rapid disease phenomenon, but rapid evolution of this virus in association with developing antibody responses suggests that this virus is less fit. This study suggests that the evolution of RP-specific variants is the end result of replication in a severely immune compromised host, rather than the direct cause of rapid progression.

Comparison of the kinetics of plasma viral RNA levels in RP (red) and CP (blue) macaques.

Role of TRIM5 polymorphisms in SIV transmission and pathogenesis

To investigate the role of host factors in SIV infection of macaques, we used a well-defined molecularly cloned virus (SIVsmE543-3). In previous studies, we demonstrated that peripheral blood mononuclear cells (PBMC) of individual macaques show vastly different susceptibility to SIVsmE543-3 infection in vitro, and susceptibility is predictive of subsequent plasma viremia following inoculation. Our recent studies show that this difference is attributable to allelic polymorphisms in the SPRY domain of TRIM5 alpha gene, a gene known to mediate lentivirus restriction in a host-dependent manner. Evaluation of a cohort of SIVsmE543-3-infected rhesus macaques revealed that the restrictive TRIM5 genotypes were associated with significantly lower viremia than the permissive genotypes, as well as emergence of escape mutations in the SIV capsid protein in macaques with a restrictive genotype (Kirmaier et al., 2010). The specific amino acid substitutions found in viruses that escaped from TRIM5 restriction have been introduced into an E543-3 background. These substitutions confer resistance to TRIM5 restriction by previously resistant alleles in a single cycle assay and greater replication ability in primary PBMC of macaques with the resistant genotype and are currently being evaluated for replication in vivo.

Phylogenetic tree showing the compartmentalization of viruses found in the brain and cerebral spinal fluid (CSF) versus the plasma in a conventional macaque with SIV encephalitis.

Figure 2. Phylogenetic tree showing the compartmentalization of viruses found in the brain and cerebral spinal fluid (CSF) versus the plasma in a conventional macaque with SIV encephalitis.
Credit: NIAID

SIV infection of macaques may result in SIV encephalitis (SIVE, neuroAIDS), although this is a feature more commonly observed in macaques with rapid progressive disease. We reported on two conventional progressors (H631 and H636) with encephalitis in rhesus macaques inoculated with a derivative of SIVsmE543-3. Phylogenetic analyses of viruses isolated from the cerebral spinal fluid (CSF) and plasma from both animals demonstrated tissue compartmentalization (Dang et al., 2008). Additionally, virus from the central nervous system (CNS) was able to infect primary macaque monocyte-derived macrophages more efficiently than virus from plasma consistent with their exposure to different selective pressures. We have serially passaged virus isolates from the brain of macaques with SIVE; after two passages, this virus more consistently induces neuroAIDS. Studies are underway to study the mechanisms that the virus uses to enter the central nervous system and the adaptations necessary to induce neuroAIDS

Confocal microscopy demonstrating multinucleated giant cells labeled with Ham56 (white) expressing SIV RNA (green) that are surrounded by T cells stained for CD3 (red) in the brain of a macaque with SIV encephalitis.

A primary goal of studies with SIV infection of macaques is the development of a vaccine for AIDS, and this is the other focus of my research. Unfortunately, many of the vaccine approaches tested thus far have resulted in only partial protection from infection in primate models of AIDS.

My laboratory has focused on live viral vectors to prime a cell-mediated immune response, specifically the highly attenuated vaccinia virus, modified vaccinia Ankara (MVA). We initially demonstrated that vaccination with MVA-expressing SIV genes resulted in significant modulation of viremia and improved survival when these animals were challenged with pathogenic SIV (Ourmanov et al., 2000). Long-term follow-up of this cohort of animals over the subsequent nine years showed that they maintained a survival advantage, although all but two of the macaques have progressed to AIDS (Ourmanov et al., 2009). Importantly, improved survival correlated with preservation of memory CD4+ T cells in the peripheral blood. The greatest survival advantage was observed in macaques immunized with regimens containing SIV Env: the titer of neutralizing antibodies to the challenge virus prior to challenge correlated with preservation of CD4 T cells. These data are consistent with a role for neutralizing antibodies in non-sterilizing protection from high viremia and associated memory CD4+ T-cell loss. Current studies focus on generating neutralizing antibody responses with envelope-based vaccine strategies to determine their role in protection from SIV infection.

Dr. Hirsch received her D.V.M. from the University of Saskatchewan in Canada in 1977 and did a residency in pathology at the University of Saskatchewan, becoming board certified by the American College of Veterinary Pathologists in 1984. She earned her D.Sc. degree from Harvard School of Public Health, Boston, in 1988. She was a research assistant professor at Georgetown University until 1992, when she joined the NIAID Laboratory of Infectious Diseases, transferring to the Laboratory of Molecular Microbiology in 1999 and becoming tenured in 2002.