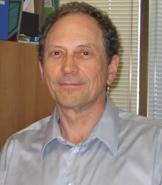 This laboratory focuses on the elucidation of molecular mechanisms that operate during immune activation in health and disease. In particular, we try to understand the cellular responses to various pathogens and viruses. Investigations are centered on two issues: 1) identification of signal transduction pathways initiated during immune responses that lead to activation of transcription factors, and 2) functional characterization of the genetic program that is induced by the activated transcription factors.

A true understanding of the roles of factors involved in signal transduction or transcription in the context of an immune response requires the study of immune-challenged animals. Therefore, our research increasingly includes analyses of mice that either overexpress or are deficient for a specific transcription factor or signal-transduction protein.

Ultimately, we seek to understand the critical molecular targets of a particular transcription factor that is activated in response to a specific immune challenge. Such approaches are relevant not only to understanding immune responses and cellular activation mechanisms in health but they also lay the foundation to an understanding of immune deficiencies or inflammatory conditions in various diseases. As some of the genes encoding the factors under investigation have been associated with recurrent genetic alterations in certain tumors, our studies also provide insights into tumor formation. Given the wide scope of the research, a wide spectrum of experimental techniques are applied, ranging from immunologic studies in whole animals to detailed molecular biologic studies.

Major accomplishments of the laboratory in recent years include the cloning and functional characterization of several previously unknown genes that are rapidly induced during antigenic or mitogenic stimulation of primary human T cells. These genes were identified with a subtractive hybridization screen, and the proteins encoded by these genes include transcription factors, cytokines, chemokines, a small MW GTPase, tyrosine phosphatases, a TNF-receptor-family-associated signaling protein, and several membrane receptors.

In particular, this approach has led to the first cloning of subunits of the family of NF-kB transcription factors. This transcription factor system is now understood to be an essential element of the immune system, and this laboratory has contributed significantly to the current state-of-the-art in this area. In particular, we have delineated key aspects of signal-mediated activation, regulation and functions of NF-kB complexes. This transcription factor is also essential for the life cycle of various viruses that have commandeered it for their own use, including the HTLV virus, the etiologic agent for adult T-cell leukemia and the HIV virus, the cause of AIDS.

Transcriptional activation of HIV in mature T cells is strongly dependent on NF-kB. The dimeric NF-kB transcription factors act like master regulators of stress and immune responses in many cell types, since they constitute a primary means of relaying an extracellular, immunologically relevant signal into nuclei to initiate a genetic program. This genetic program is ultimately designed to protect and defend the organism and many of the genes encoding functions critical to the defense of the host are known to be transcriptionally controlled by NF-kB. The NF-kB transcription factors are normally inhibited by association with IkB proteins which keep the factors in an inactive state in the cytoplasm, preventing them from reaching the nucleus.

Upon appropriate cellular stimulation, usually involving signals related to stress or pathogens, NF-kB transcription factors are liberated from their inhibitors and are then free to translocate to the nucleus. Liberation is accomplished by signal-induced phosphorylation and subsequent ubiquitin-mediated rapid proteolysis of the inhibitors; these mechanisms have been elucidated with significant contributions from this laboratory. Ultimately, the activation is self-limiting since inhibitors are transcriptionally upregulated by NF-kB in a negative feed-back loop.

Definition of the molecular steps and individual components involved in NF-kB activation via specific receptors has and will continue to provide potential targets for therapeutic approaches intended to inhibit NF-kB activity in various inflammatory and viral diseases. NF-kB is especially strongly activated via receptors belonging to the families of TNF receptors, IL-1 receptors or Toll receptors. These receptors and their ligands are key to inflammatory responses and are essential for both the initial innate phase of immune reactions as well as the subsequent adaptive phase. The intimate association of NF-kB factors with innate immunity is ancient in evolutionary terms, as it already exists in drosophila.

NF-kB activity is defined by a family of dimeric complexes composed of members of the Rel family of polypeptides, which in mammals includes RelA (p65), c-Rel, RelB, p50 (NFKB1) and p52 (NFKB2). These subunits can assemble as dimers in various combinations and these dimers are regulated/inhibited by the various members of the IkB family of proteins. To elucidate specific biologic roles for the individual regulators and subunits of NF-kB, mice lacking these proteins have been generated. Knock-out mice generated in this laboratory include p52-deficient and p50/p52-doubly-deficient mice.

We have determined that p52 knock-out mice are impaired in antibody responses to T-dependent antigens due to disturbed microarchitecture in secondary lymphoid organs, which prevents the formation of proper germinal center structures. The details of this phenotype are reminiscent of those seen in mice lacking TNF-α, Lymphotoxin-α, Lymphotoxin-β, the TNF receptor I or the Lymphotoxin-β receptor. Together these results suggest that a network of interdependent functions involving the family of TNF ligands, their receptors and NF-kB is critical for proper formation and function of secondary lymphoid organs.

In contrast to these relatively specific and limited defects, the p50/p52 double-knock-out mice have many defects not observed in either of the respective single knock-outs, indicating that these two highly homologous subunits have many redundant functions. When both are lacking, overall NF-kB activity in cells is profoundly diminished and severe defects result in mice which demonstrate the many critical functions NF-kB proteins play. Of particular interest are necessary roles for p50/p52-containing complexes in the development of early osteoclasts (to allow proper bone resorption) and in the development of mature, peripheral B lymhocytes from immature B cells in the bone marrow.

Current and future goals include a better understanding of secondary lymphoid organ microarchitecture and its role in immune responses to various pathogens. Another goal is a better understanding of the development of B cells and osteoclasts. Projects underway aim to indentify the critical molecular targets of NF-kB in these biologic settings. We will continue our efforts to better understand the molecular steps that lead to NF-kB activation by stimulation of various receptors, including members of theTNF and IL-1 receptor families. These efforts will lead to the identification of novel proteins that participate in the signal cascades. Such proteins are also possible new targets for therapeutic intervention to limit inflammatory reactions. Other projects related to signal transduction include analyses of a group of stress-inducible MAP3 kinases with respect to their effects on cell-cycle progression.

As a postdoctoral fellow in Dr. Philip Leder’s laboratory at both the National Institutes of Health and Harvard Medical School, Dr. Siebenlist studied immunoglobulin gene structures and the regulation of the myc oncogene. He then joined the NIAID Laboratory of Immunoregulation. He is now chief of the Immune Activation Section in the Laboratory of Molecular Immunology. Dr. Siebenlist has made many significant contributions to the present understanding of the regulation and function of NF-kappa B transcription factors, which serve as master regulators of numerous immune responses.