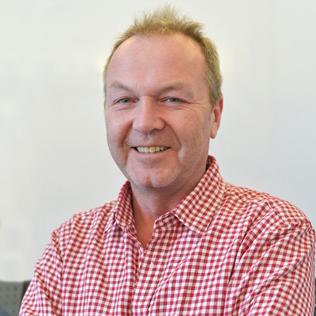 The general theme of the laboratory is to understand the role of genomic instability and associated gene expression changes during cancer development. Towards this goal, we study models of human tumorigenesis and relevant mouse models with a variety of genomic technologies, including comparative genomic hybridization (CGH), spectral karyotyping (SKY), gene expression profiling, quantitative real-time PCR and proteomic methodologies. Our translational research is focused on exploring aneuploidy as a molecular marker for cancer diagnostics in routine cytological preparations, and to identify gene expression signatures that assist in disease prognosis and rational cancer therapy.

Consequences of Chromosomal Aneuploidy on the Transcriptome of Cancer Cells

Chromosomal aneuploidies are observed in essentially all sporadic carcinomas. These aneuploidies results in tumor specific patterns of genomic imbalances that are acquired early during tumorigenesis, continuously selected for and faithfully maintained in cancer cells. While the paradigm of translocation induced oncogene activation in hematological malignancies is firmly established, it is not known how chromosomal aneuploidy dysregulates the genetic equilibrium of cells in general, and how these genomic imbalances affect chromosome specific gene expression patterns in particular. In order to understand these fundamental questions we have engaged in several research projects:

These studies led to the following conclusions: 1) mouse mammary gland adenocarcinomas are, like human breast cancers, defined by recurrent and specific genomic imbalances, 2) chromosomal aneuploidies are common, whereas balanced chromosomal translocations are rare, 3) tumors that were induced by strong oncogenic stimuli revealed a lesser extent of genomic instability than those induced by conditional inactivation of tumor suppressor genes (BRCA1), and 4) BRCA1-/- tumors recapitulated most faithfully the distribution of genomic imbalances observed in human breast cancers. The high-resolution analysis of a common amplicon in mouse mammary gland adenocarcinomas led to the identification of a novel oncogene in breast cancers, septin 9. The dissection of functional pathways suggests involvement of this gene in apoptosis and cell cycle control. The generation of a transgenic mouse is underway.

Mouse models of hematological malignancies: Numerous DNA damage checkpoint and repair proteins (Ku70, Ku80, DNA-PKcs, NBS1, ATM, g-H2AX) are involved in the maintenance of genetic stability in cells. In collaboration with Dr. Andre Nussenzweig (Laboratory at the Experimental Immunology Branch at the NCI), who has generated knockout mutants of several of these genes, we have shown that their elimination results in chromosomal instability in mouse embryonic fibroblasts and, in conjunction with mutations in p53, leads to rapid development of pro-B cell lymphomas. These lymphomas are characterized by chromosomal translocations juxtaposing c-myc to the IgH locus, a genetic event that also occurs in human Burkitt's lymphoma. The chromosomal translocations are initiated by RAG-induced DNA double strand breaks and attempts to resolve the DNA lesion are mediated by break-induced replicative repair. Subsequent cycles of breakage-fusion-bridge result in genomic amplification and eventual telomere capture. Mice deficient for ATM also develop aggressive thymic lymphomas. We have shown that recurrent chromosomal translocations in these lymphomas target the T-cell receptor locus. Unlike in human lymphomas, in which translocations involving the T-cell receptor locus activate the TCL oncogene, the partner gene(s) of the chromosomal aberration in the murine tumors is still unknown. We are therefore using the resources generated in the frame of the Cancer Chromosome Aberration Project (CCAP) to molecularly characterize the chromosomal breakpoint and to identify the gene(s) whose activation results in tumorigenesis.

The fact that chromosomal aneuploidies and genomic imbalances are common themes in carcinomas suggests that their detection in cancer cells could complement the mainly morphologically based diagnosis of cancer with relevant genetic markers. This is possible by using FISH to interphase nuclei with chromosome and oncogene/tumor suppressor gene specific DNA probes.

Application to breast cancer: Fine needle aspiration cytology is central to the evaluation of clinically or mammographically detected suspicious lesions of the breast. Based on results from studies of more than 500 breast cancers by comparative genomic hybridization, we have developed protocols and designed probe sets that allow one to visualize recurrent chromosomal aneuploidies, amplification of oncogenes and deletion of tumor suppressor genes directly in cytological preparations using multicolor fluorescence in situ hybridization. The FISH probes are specific for chromosome arm 1q, the c-MYC and HER2 oncogenes, the tumor suppressor gene p53 and, as controls for chromosome ploidy of each cell, the centromeric region of chromosomes 8, 10, and 17. Application of these diagnostic cocktails to 20 invasive breast cancers, 7 mastopathias and 2 fibroadenomas demonstrates that a highly sensitive, specific, and objective diagnosis of breast cancers is now possible on cytological preparations obtained by minimally invasive fine needle aspiration.

Application to cervical cancer: Invasive cervical carcinomas frequently reveal additional copies of the long arm of chromosome 3. The detection of this genetic aberration in diagnostic samples could therefore complement the morphological interpretation. We have developed a triple color DNA probe set for the visualization of chromosomal copy number changes directly in thin-layer cervical cytology slides by fluorescence in situ hybridization (FISH). The probe set consists of a BAC contig that contains sequences for the RNA component of the human telomerase gene (TERC) on chromosome band 3q26, and repeat sequences specific for the centromeres of chromosomes 3 and 7 as controls. In a blinded study, we analyzed 57 thin-layer slides that had been rigorously screened and classified as normal (n=13), atypical squamous cells (ASC, n=5), low-grade squamous intraepithelial lesions (LSIL, n=14), and high-grade squamous intraepithelial lesions (HSIL) grade 2 (CIN2, n=8), and grade 3 (CIN3, n=17). The percentage of tetraploid cells (PTrend < 0.0005) and cells with multiple 3q signals increased with the severity of the cytologic interpretation (PTrend < 0.0005). While only few normal samples, ASC, and LSIL lesions revealed copy number increases of 3q, 63% of the HSIL (CIN2) lesions and 76% of the HSIL (CIN3) lesions showed extra copies of 3q. We conclude that the visualization of chromosome 3q copy numbers in routinely prepared cytological material using BAC clones specific for TERC serves as an independent screening test for HSIL and may help to determine the progressive potential of individual lesions.

We have now designed studies aimed at correlating the emergence of chromosomal aneuploidy and gene amplification with the progressive potential of individual premalignant cervical lesions and to identify these disease markers in ductal lavage specimens from women with high-risk profiles for the development of breast cancer. These diagnostic applications are accompanied by the development of automated microscope hardware and spot counting software for the high-throughput enumeration of signal numbers in cell nuclei.

Additional projects with direct clinical applications are geared towards the prediction of rectal adenocarcionomas to preoperative chemoradiotherapy. We also explore the value of serum profiling of patients with colorectal carcinomas using SELDI-TOF and mass spectrometry to establish proteome profiles of local recurrence and liver metastasis.

Dr. Ried received his M.D. from the Max Planck Institute for Medical Research in Heidelberg, Germany. After having completed his postdoctoral training at the University of Leiden and at Yale University, he joined the faculty of the National Human Genome Research Institute in 1994. Dr. Ried became an investigator at the NCI in 1998 and a senior investigator and Chief of the Cancer Genomic Section in 2002. Since 1998 he has co-directed the Cancer Chromosome Aberration Project. In 2000, Dr. Ried received the AMGEN award of the American Society of Biochemistry and Molecular Biology. Dr. Ried serves as a member of the editorial board for numerous scientific journals.