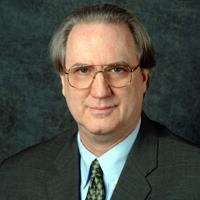 We have a long-standing interest in HIV-1 reverse transcriptase (RT) and, more recently, have begun work on another essential viral enzyme, integrase (IN).  Although much of our work is focused on understanding the mechanisms that underlie drug resistance, and using that information to develop more effective anti-HIV drugs, we are, in both the RT and IN projects, doing experiments that are intended to better understand the roles that these enzymes play in viral replication.  We are also using redirected HIV integration as a tool to investigate chromatin structure and function and a tool to investigate the nature and origin of the HIV reservoir in patients on antiretroviral therapy.

Background.  HIV-1 is the causative agent of AIDS.  The three viral enzymes — RT, IN, and protease (PR) — have essential roles in the replication of HIV-1 and are the targets for all of the most potent anti-HIV drugs.  Although considerable progress has been made in treating HIV-infected patients with three- and four-drug regimens, there is an immediate need for the development of effective ways to prevent new infections.  A potent preventive vaccine would be ideal; however, despite a huge effort, the goal of developing an effective vaccine remains elusive. In the absence of an effective vaccine, reducing the transmission of HIV-1 must rely on barrier methods and/or drug treatments.  There are two ways that anti-HIV drugs can be used to reduce viral transmission: (1) effective therapy in infected patients can reduce the viral load, making it less likely that an infected individual will transmit the virus to a partner; and (2) treating the uninfected partner with an anti-HIV drug can block transmission.  Because most new infections are caused by a single virus, blocking transmission is an attractive option and there is now good evidence that giving an anti-HIV drug to the uninfected partner can significantly reduce viral transmission if the uninfected partner is compliant.  Because of the problem of drug resistance, it would be better to use drugs with nonoverlapping resistance profiles for treatment and prophylaxis.  Treatment would have to be long term and, for this reason, drug toxicity is an important consideration, which argues against the use of nucleoside RT inhibitors (NRTIs).  It would also be better to block infection before the viral DNA is integrated, which argues against the use of PR inhibitors.  Therefore, the two remaining options among the major classes of anti-HIV drugs are nonnucleoside RT inhibitors (NNRTIs) and IN strand-transfer inhibitors (INSTIs).  We are using a combined approach that involves structural analysis, biochemistry, virology, modeling, toxicity testing, and chemistry to design, synthesize, and evaluate new NNRTIs and INSTIs.  We have made good progress in developing new compounds that are effective against the wild-type (WT) and common drug-resistant viruses and that have good therapeutic indexes in tests done in cultured cells.

HIV-1 RT.  There are two clinically important classes of inhibitors of HIV-1 RT: NRTIs and NNRTIs.  In the past, a major focus of our work has been on the mechanism(s) of RT inhibitor resistance.  There is, at this point, a reasonably good understanding of the mechanism(s) of NNRTI resistance, and considerable progress has been made in understanding NRTI resistance, although some important issues remain.  We are continuing to investigate the mechanisms of resistance to nucleoside analogs (NRTIs), and we are also interested in elucidating the mechanism of action of compounds that do not cause an immediate or complete block to DNA synthesis.  However, in terms of developing new anti-HIV compounds, we have shifted our focus to NNRTIs.  Our chemistry collaborators, Drs. Joel Schneider, Gary Pauly, and Craig Thomas, have developed several promising compounds that are able to inhibit, in a one-round replication assay, WT and several common NNRTI-resistant viruses with IC50s below 5 nM.  In cultured cells, these compounds have CC50s that are more than 4 logs higher than their IC50s.  Additional compounds are being designed, synthesized, and tested. Recently, our collaborator, Dr. Zandrea Ambrose, selected a novel resistance mutation with one of our new NNRTIs.  This mutation has some interesting properties (for example, it appears to make the RT of some, but not all, strains of RT temperature sensitive), and we are attempting to understand the mechanisms that underlie the effects of the new mutation.

HIV-1 IN.  Like RT, HIV-1 IN is an important drug target; however, as is the case for all anti-HIV drugs, treatment with INSTIs leads to resistance.  We are making good progress on two fronts: understanding how mutations in IN confer resistance to the currently available compounds, and developing new INSTIs that are effective against the common drug-resistance mutations.  Dr. Terrence Burke is synthesizing new INSTIs and we are testing how these new compounds affect viral replication and measuring their toxicity in cultured cells.  Dr. Peter Cherepanov solved the structures of prototype foamy virus (FV) IN in complex with some of the more promising compounds developed by Dr. Burke.  The active site of FV IN is similar, but not identical, to the active site of HIV-1 IN, and we used Dr. Cherepanov's data to develop models of HIV-1 IN (both WT and mutant).  These models have helped us understand how resistance arises and have been useful in the design of more effective compounds.

We have recently expanded our collaborative efforts to include the laboratories of Drs. Robert Craigie and Dmitry Lyumkis.  Dr. Craigie’s laboratory makes large amounts of purified recombinant HIV-1 IN (both WT and mutant).  Dr. Lyumkis’s laboratory uses the purified IN to obtain, by cryo-electron microscopy, high-resolution structures of HIV-1 IN in complexes with the ends of the viral DNA and INSTIs.  These structures are at a sufficiently high resolution to show ordered waters, which will be used in drug design and drug development, both by us and by others.  Dr. Burke has recently synthesized several novel compounds that have IC50s in the low nanomolar range in a one-round replication assay.  The best compounds effectively inhibit both WT IN and most of the common drug-resistant variants.  Based on tests done in cultured cells, these compounds have excellent therapeutic indexes (the CC50s are more than 3 logs higher than the IC50s).  With help from the NCI, some of the most promising of the new compounds are being tested for uptake, stability, and toxicity in animals.

We are working with Drs. Xiaolin Wu, Frank Maldarelli, John Coffin, John Mellors, and Mary Kearney to determine the distribution of integration sites in samples obtained from HIV-infected donors.  We previously showed that there is extensive clonal expansion of HIV-infected cells in patients, and that, in some cases, integration of HIV DNA in specific oncogenes (MKL2 and BACH2) can contribute to this clonal expansion.  However, there was a question of whether any of the clonally expanded cells carried an infectious provirus.  We showed not only that there are highly expanded clones on cells that carry infectious proviruses, but also that cells of these clones can release detectable amounts of virus into the blood.  We are analyzing additional infected clones to ask whether clones of cells that carry replication-competent proviruses and clones that carry defective viruses differ in any important way.

We recently showed that clones of infected cells arise in the first few weeks after a person is infected with HIV.  Some of the clones that arise early can persist for years.  Because there are some experiments that cannot be performed with samples obtained from human donors, we have collaborated with Dr. Jeffrey Lifson to develop a system to study the behavior of simian immunodeficiency virus (SIV)-infected cells in macaques.  In the first set of experiments, we showed that the overall distribution of SIV proviruses/integration sites in macaques is very similar to the overall distribution of HIV proviruses/integration sites in human donors.  We also showed that there is extensive clonal expansion of SIV-infected cells in macaques, and that the infected cells behave in ways that are quite similar to the behavior of HIV-infected cells in humans.  We are now doing experiments to investigate the factors that drive the clonal expansion of HIV-infected cells in humans, and we are asking, in samples obtained from donors on successful antiretroviral therapy, whether the stability of the clones of HIV-infected CD4+ cells is the same as or different from that of clones of uninfected CD4+T cells.

Dr. Stephen H. Hughes received his Ph.D. from Harvard University under the direction of Dr. Mario Capecchi and did postdoctoral research under the direction of Drs. J. Michael Bishop and Harold Varmus at the University of California, San Francisco.  From 1979 to 1984, Dr. Hughes was a Senior Staff Investigator at Cold Spring Harbor Laboratory (CSHL).  In 1984 he established the Gene Expression in Eukaryotes Section in the ABL-Basic Research Program at NCI-Frederick.  He became Deputy Director of the ABL-Basic Research Program in 1988 and Director of the Molecular Basis of Carcinogenesis Laboratory in 1995.  In 1999 Dr. Hughes joined the HIV Drug Resistance Program (HIV DRP, renamed HIV Dynamics and Replication Program in 2015) in the National Cancer Institute and served as Chief of the Retroviral Replication Laboratory from 1999 to 2021.  He was appointed Acting Director of the HIV DRP in 2005 and served as Director of the HIV DRP from 2006-2015 and Acting Chief of the Host-Virus Interaction Branch from 2005 to 2021.  Dr. Hughes is a Co-Organizer of the Annual HIV DRP Conference and the David Derse Memorial Lecture and Award and has served as a Co-Organizer of the CSHL Retroviruses and Viral Vectors Meetings, the Annual Meeting on Oncogenes, and the Keystone Symposium on Pathogenesis and Control of Emerging Infections and Drug Resistant Organisms.  He was named one of the most frequently cited AIDS researchers by Science Watch in 1996.  In 2017 Dr. Hughes was a keynote speaker at the CSHL Retroviruses Meeting and received the 2017 Distinguished Research Career Award from The Ohio State University Center for Retrovirus Research in recognition of his substantial body of work on retroviruses.